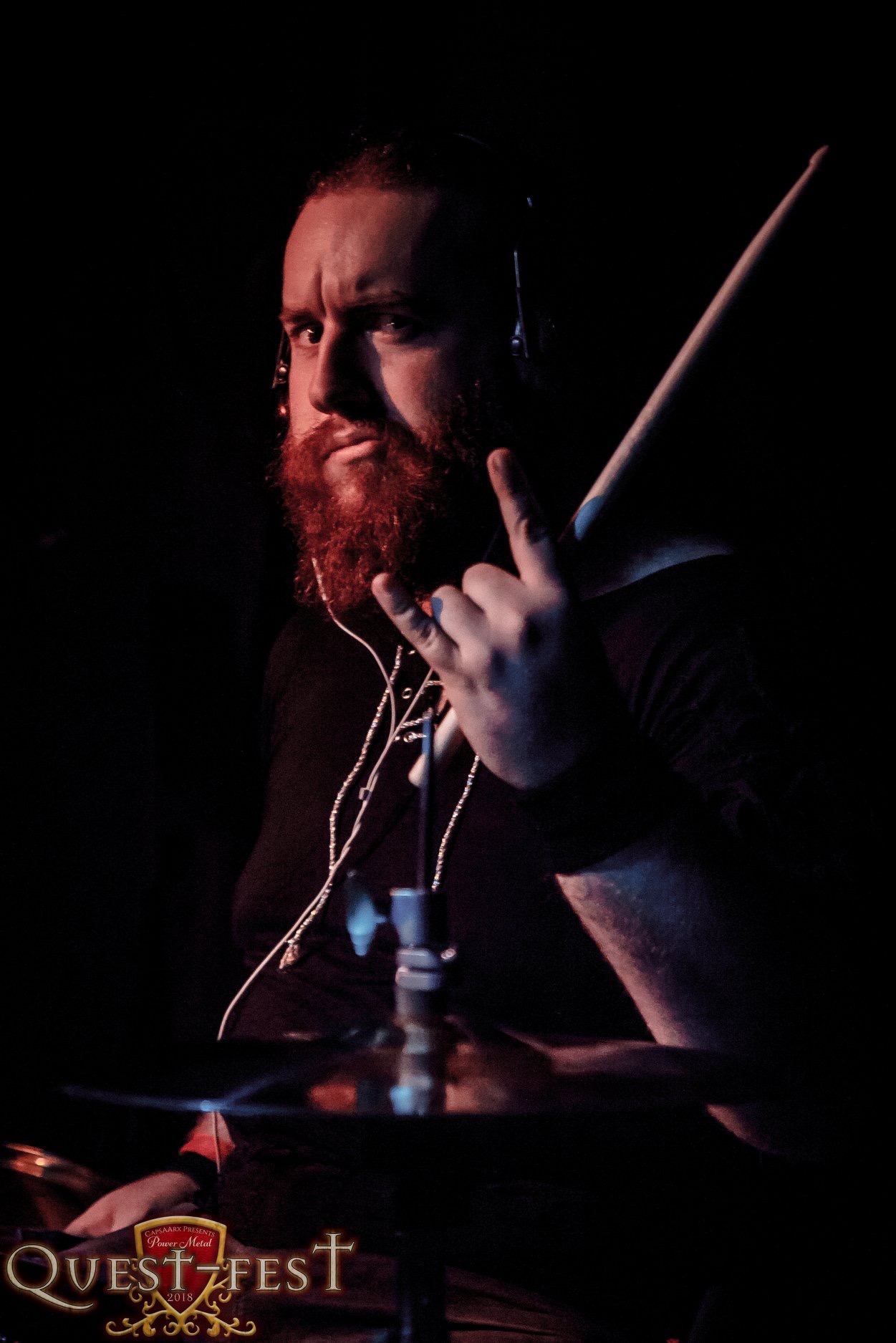 Ahoy there! My name’s Mitch, and I’m a semi-professional drummer from Reading in the UK. I currently play drums for Pirate Metal band Red Rum and Thrash Metal outfit Strike Offensive. Winding the clock back 20 years, I first became interested in learning about playing drums when I went to see my dad’s friend play in a local covers band around the age of 6 or 7. The entire evening, I remember sitting and watching the drummer, Mark, behind his sparkly green kit and thinking that it was the coolest thing I had ever seen.

To this day, I still remember turning to my parents that evening after the show and saying, “I want to learn how to play drums”. Over 20 years later that included 10 years of lessons covering multiple styles and genres, I still find myself just as enamored with the instrument now as I was all that time ago.

As some may already know, I originally started with Red Rum not as their drummer, but initially as their roadie/backline tech. In 2014 I was invited to join the band on a three week UK tour supporting Alestorm, who are arguably one of the biggest names in Pirate Metal and who most metalheads will likely know the name of. Even though it was an unpaid role at the time, the amount of experience I gained while working within this period was invaluable. Each night I had the duty of preparing the bands guitars, keyboard and drums so that they were ready for that night’s performance, as well as performing onstage duties such as aiding Bekkie, who was the rhythm guitarist (big shout out to you Beckster!) with guitar swaps, performing soundchecks and at one point even providing stage security!

PRO TIP: Learn the ins and outs of your instrument BEFORE you go on tour! You never know when you might need to change a head, tune a drum, or alter your set-up on the fly. Being prepared for such an eventuality will always serve you well on the road. 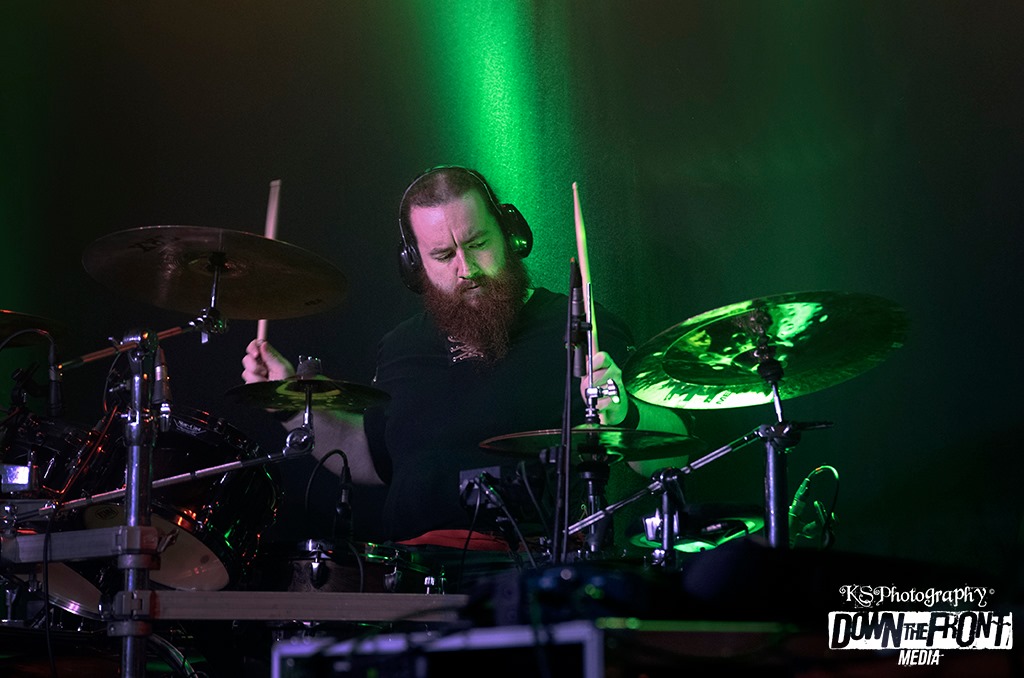 It was during this tour and through subsequent shows working behind the scenes for the next year I ended up learning the bands entire set purely through continual observation, to the point that I could have stepped in if then-drummer Hugh wasn’t available for one reason or another. The job continued to become more and more interesting the bigger and better shows the band got to play, and I’m glad to say that I was there behind the scenes for a lot of them, including when they played the Sophie Lancaster stage at Bloodstock Festival to an audience of around 3,000 people! Such encounters I found highly valuable to me not only from a techs perspective, but also from a drummers one as well. Getting to witness different bands gear and their drummers who played them up close was an eye-opening experience. More so in particular for exposing me to different playing styles, hints and tips on managing equipment and learning the art of professionalism along the way.

PRO TIP: Appreciate every show that you play! Whether it’s a local pub in front of a small crowd, or a festival in front of thousands, it’s important that you give it your all at every show. You never know who might be in the audience watching! 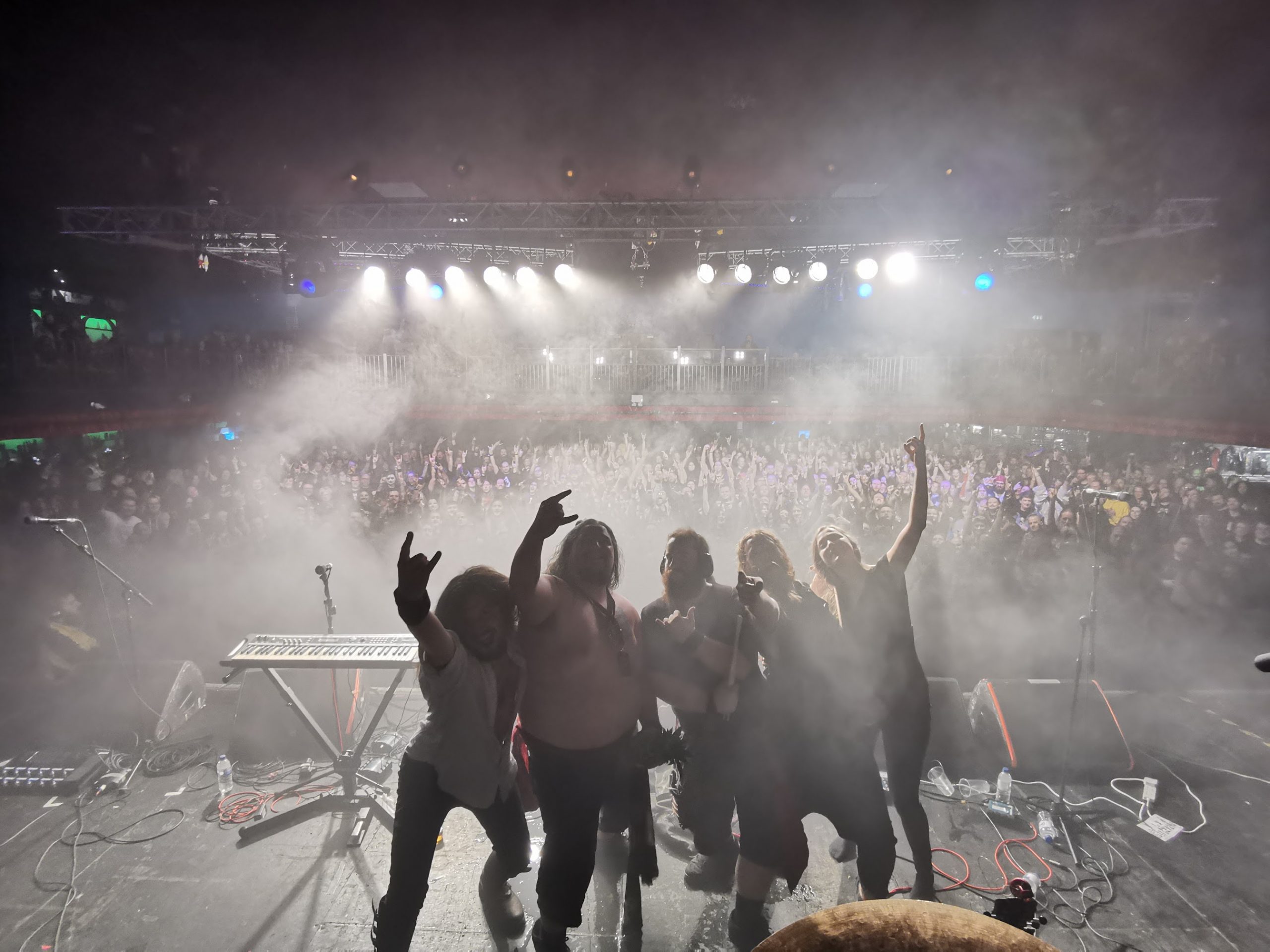 In late 2015, Hugh departed from the band to move onto other ventures, leaving the position of drummer within the band vacant. It was shortly afterwards that I received the message from lead guitarist Sam that read simply “come on then, it’s your turn”. As much as I had often thought about what it would be like to play for the band, I had never imagined that I would one day be asked to actually join it. In that one message I had been promoted from working behind the stage to performing on the stage with the rest of my friends in the band. Having already learnt most of the songs already through spending time on the road, it was a relatively quick and easy transition for me to settle into the role of the bands new drummer. The fact that I had been on the road with the band several times already also meant that I was already well accustomed to the ins and outs of the live music scene.

PRO TIP: Patience is a virtue! Every musician has started at the bottom of the ladder and worked their way up. There may be times when things may feel like they’re not progressing fast enough, but with every chance also comes an opportunity. You never know when that big break could be just around the corner!

Over the following five years with the band right up until present day, I can proudly say that I have managed to achieve a number of important milestones in my drumming career. A brief list of these achievements including:

Never as a six year old staring avidly at a drummer in a covers band did I think that one day I would be able to make a career out of playing the drums myself. If you were to ask any musician, there would be little doubt that almost all of them would want to make a career out of doing the thing they love. To find myself as one of those lucky few now making a living from listening, reading, writing, selling and playing music is nothing short of an incredible reward for the years of work and love that have gone into this venture.

Learning Outside the Box

During my time behind the drums, I discovered not only my love for playing them, but also about what exactly makes them tick. Everything about their construction intrigued me, from the materials they were made from to how the different types of skin can affect the tone of the instrument and beyond. As well as my weekly lessons, I actively spent my time researching different makes, models, brands, applications, and everything in between. I found that having a deeper understanding of the kit vastly helped me to make better-informed decisions over the gear I used and how in turn I could use it to help improve not only my sound, but also my playing ability.

This might be something that you may also find to be helpful when crafting your sound along with learning your instrument. A little extra knowledge of the instrument you play will always go a long way in helping to learn about what kind of gear will work for you. Every drummer is different, and no two drummers play alike, so it’s down to you to work out what makes you, you!

If there’s one thing to take away from my blog post today, it would be to know that time, dedication and thinking outside of the box are all important aspects when honing your craft. Taking the time I did to learn more about the instrument from its construction, to its history and even its styles of playing have all been of an enormous benefit to myself as both a tech and a performer. The two professions for me have worked hand in hand and helped me to develop a deeper understanding of the instrument I play. Taking these ideas forward for yourself I’m sure would be beneficial so that you too can expand your knowledge of the instrument we all love! 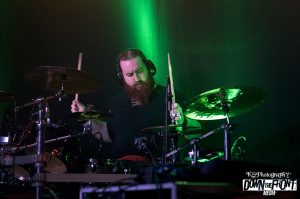 Mitch is an Endorsed Cruise Artist with Collision Drumsticks. A drummer for RedRum and new band Strike Offensive, Mitch has a wealth of knowledge to offer to the COLLISION COMMUNITY. He has toured the UK and Europe, with notable mentions being a performer at Bloodstock 2017 and supporting the likes of Skiltron and Okilly Dokilly. To learn more from Augustinas himself, here’s how you can get in touch: