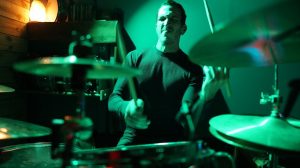 Hi, my name is David Walters and I’m a drummer from Dallas, TX. I’ve played seriously for about 30 years, with the previous years of not seriously beating up my older brother’s kit (which I still have). I’m the drummer for the band Southern Brave, a young red dirt outfit rising up in the Texas country scene. We have a bunch of music out on all streaming platforms and some pretty cool music videos on YouTube.

Over the years all of my musical experiences – well actually, ALL of my experiences – have helped me learn enough about a lot to make me dangerous… at something. Which makes this subject fitting. I then thought about how I was going to write this and then I heard my wife’s wise words….”get to the point”. So here we go! 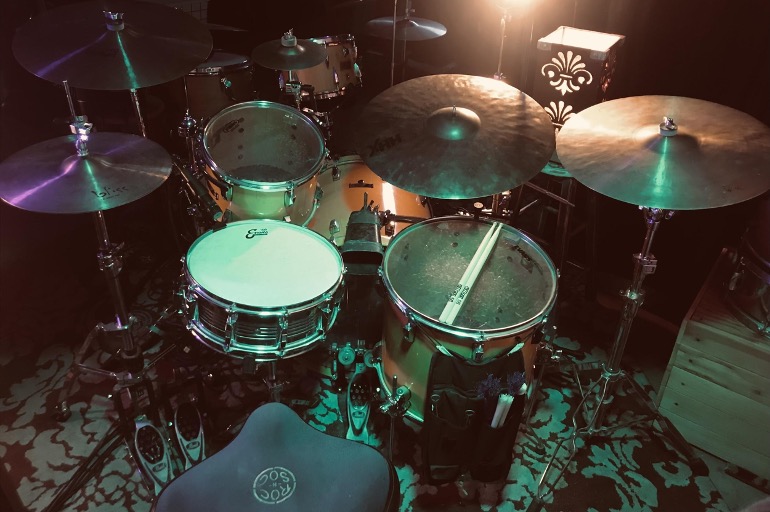 In March 2020, Southern Brave was in Tyler, TX for a week recording an album at Rosewood Studios with an awesome in-demand producer that floats between Texas and Nashville.

Midweek, after I had finished tracking drums, I sat and watched the world come to a halt. No longer playing out, our time and energy went into figuring out our next steps. Being at home, I was practicing on a small 4 piece kit in my living room with multi rods and brushes, occasionally doing a quick 2 track cut for a Southern Brave demo. We decided to move the show into my garage and try out live streaming. After overthinking the whole thing and a few lame attempts, it finally came together. We hung sheets and I used cheap lighting from a hardware store. It wasn’t great, but it didn’t look like a garage anymore. It was a low (reeeaalll low) budget studio.

After the band’s live streams fell off, I continued to practice there. The sound was pretty solid and proved so after a remote session with a producer/engineer buddy of mine. I then started to post videos from there and felt pretty good. Then, my wife got wise on me again and said “Dude, your background’s lame. Let’s fix it!” (Disclaimer: all my wife’s quotes are totally paraphrased since I can’t remember exactly what she said, but I got the message!) 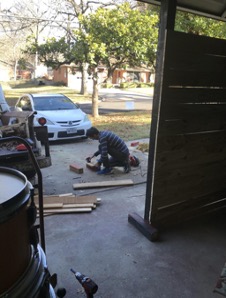 Before I go into what I did to transform my garage into my “Drum Dungeon” (working title) I want to mention a few things.

Think Outside the Box 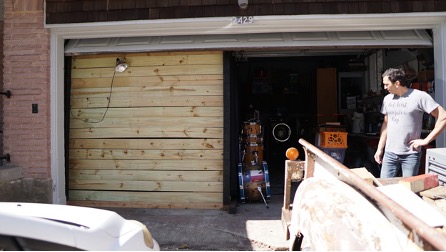 Let’s start out with this “thinking outside the box” stuff. When it comes to adding decor and sound dampening, I love checking out thrift stores and clearance areas of home improvement stores.

Thrift store shopping is the best! There are so many cool things in second-hand shops waiting to be found. Drapes and curtains of different thicknesses and colors create a vibe and dampen sound. Need a curtain rod for it? It’s probably down the same aisle. You can find lamps for different lighting, rugs for your kit, and sometimes you might find a 70’s Ludwig Acrolite…for $8. I’ll give you a moment to search for your nearest thrift shop. I found that one buried under some electronics, FYI.

Home improvement stores have discount sections in different departments. You can find “oops” paints, scrap lumber, and sometimes things like plexiglass and such. You might also be able to find some good stuff around your neighborhood. When a home is getting remodeled, you might find some decent lumber. Remember to wear gloves though – you gotta protect those drumming hands! 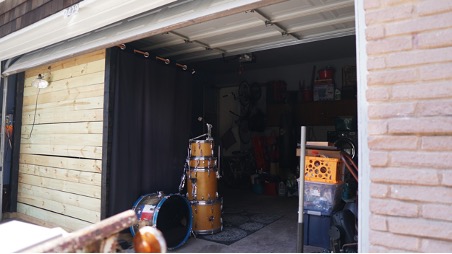 Just like we are all unique, so are our woodsheds.

That being said, I’ll share how I solved my issues and hopefully, this will help you gather ideas for your spot. Since the sound was good, my issue was really aesthetics. I needed to hide my garage door, but I still wanted garage door access. Easy, just build a small wall slightly below the height of the garage door. It really is way easier than it sounds. All I did was buy fencing planks and cut off the top tapered edge. I then used wood screws and anchored them into a few 4×4’s that I found in a stack of leftover lumber, from when we bought our house. These weren’t the only pieces I used from that stack, but more on that later. I cut down some of the 4×4’s to build feet and I anchored the short wall to the garage’s sidewall that I was setting up next to. 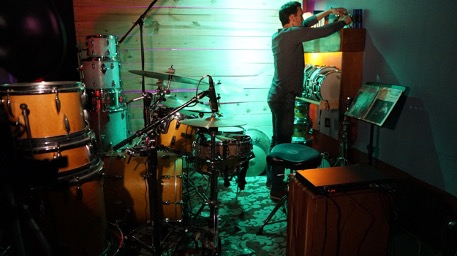 Now for the shelf. It was already built from scrap and was pretty solid. I found a few pieces of wood that had that “reclaimed” vibe, so I stained them and used them to cover the shelf. I had some leftover pieces from another project and used them for the top. Now I had a place for a lamp, my drumming DVDs, and some percussion. I then used my daughter’s old ballet bar for a snare drum rack. Don’t worry –  she was over it, and I had already taken it out of her room. I then added a curtain on the edge of the wall to make sure nothing garage-related was in my videos. I used an old curtain left in the house along with a piece of 1\4 round screwed into the top of the 4×4. Add some paint to the garage wall (I mixed a bunch of leftovers) and the construction part was done. 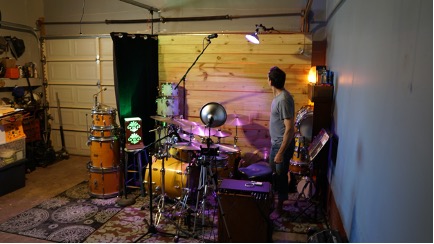 I set up my kit and then worked on lighting. I still had the drop lights from the Southern Brave Livestream days. I tried a bunch of different spots and found what I liked, for now. I plan on upgrading with some led strips sometime soon in a few areas. 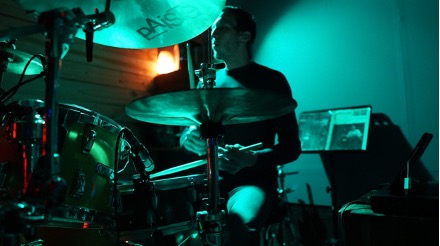 Sooner than later, I’ll be finishing out the rest of the garage. After watching some YouTube videos of “Garage Bars”, (yup, it’s a thing), I’d like to finish it out and make it a cool place to hang, jam, and fix things. They had some really cool ideas to tweak and make work for my situation. My favorite thing is not the bar part, but the “outside the box” ideas they used to make it work.

After all was said and done, my project took about 2 days and came in around $100. It was well worth the time and effort! Honestly, I didn’t really care about it that much at first. I was cool with just carrying on the way I was, but I’m so glad I did it. My practice sessions have become more productive and I’m learning something new every day. My productivity has increased and my knowledge in recording and video creation has grown massively! You may ask, “What about your drumming!?” Well, it has come a long way! Seeing myself every time I practice is the best tool for improvement. The camera doesn’t lie.

Anyways, I hope this helps you with ideas for your environment. Sometimes just a slight change with things that are not drums can make a huge difference. Even just a change in lighting with a single bulb. I’m excited to see what you all come up with! Happy drumming, stay awesome, and keep sharing the wonderful art of drums! 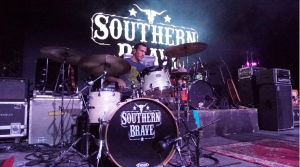 David is a seasoned drummer and proud Collision artist from Dallas, TX, having played with many artists such as Zayra Alvarez, Lance Lopez, Live 80, and is now a member of the band Southern Brave. They have been making waves in the Texas country music scene and have a new single out now on all streaming platforms titled “While You Can”. David also performs regular and remote session work. When away from the drums he devotes the rest of his time to his family, health, nature, and crazy tech stuff

To learn more from David himself, here’s how you can get in touch: