My name is Alexander Camilleri and I am a rock/alternative drummer from Ontario Canada. Growing up my family has always been music oriented. My Nannu, which is Maltese for grandfather, had a legacy playing the accordion and my father has been drumming since he could speak. My brother is also a guitarist who has been playing from a young age so with all of the musicality in the family I was naturally drawn to wanting to play an instrument and nonetheless, be a drummer. My drumming passion officially began when I was 13.

I started a prog/alternative band with a few of my freshmen classmates in high school where we played numerous shows held at our own venue as well as festivals and fall fairs. We decided to part ways musically almost 2 years after, but this was a crucial and very important journey in my development as a musician and person. Throughout the last few years, I have found myself performing endless times at many schools in my city, competing in the Ontario YMCA Battle of the Bands, Competing in the World Strides International competition held in Boston MA in 2019 with the acclaimed BR Xpression choir, getting the chance to perform alongside with the Hamilton philharmonic and many other performances from grunge acoustic shows under a bridge, to pool party gigs, to drumline performances. I have also found myself more recently in the midst of recording an album with my good friend in his home studio which I am very eager to showcase to you all! One of my biggest accomplishments as a drummer has been being able to work with Collision Drumsticks and being able to share my story with the world thus far.

My journey is drumming and performing as a musician has just begun and I know that there are many opportunities and people to meet in the future which I am thrilled to discover as time goes on. My main goal as a drummer is to network with musicians around the world, make my music heard, and travel on the road wherever it may be to live life from a new musical perspective and be able to say I’m truly doing what I love, drum with passion around the world.

I play 5AR Collision sticks. My favourite thing about the Collision brand is the focus around being a family who supports each other and communicates through our mutual passion of drumming. I would recommend collision drumsticks because they have outstanding durability and unmatched feel that gives you the most value for your dollar. You can use Collision sticks for days on end playing any kind of music and they will hold up. 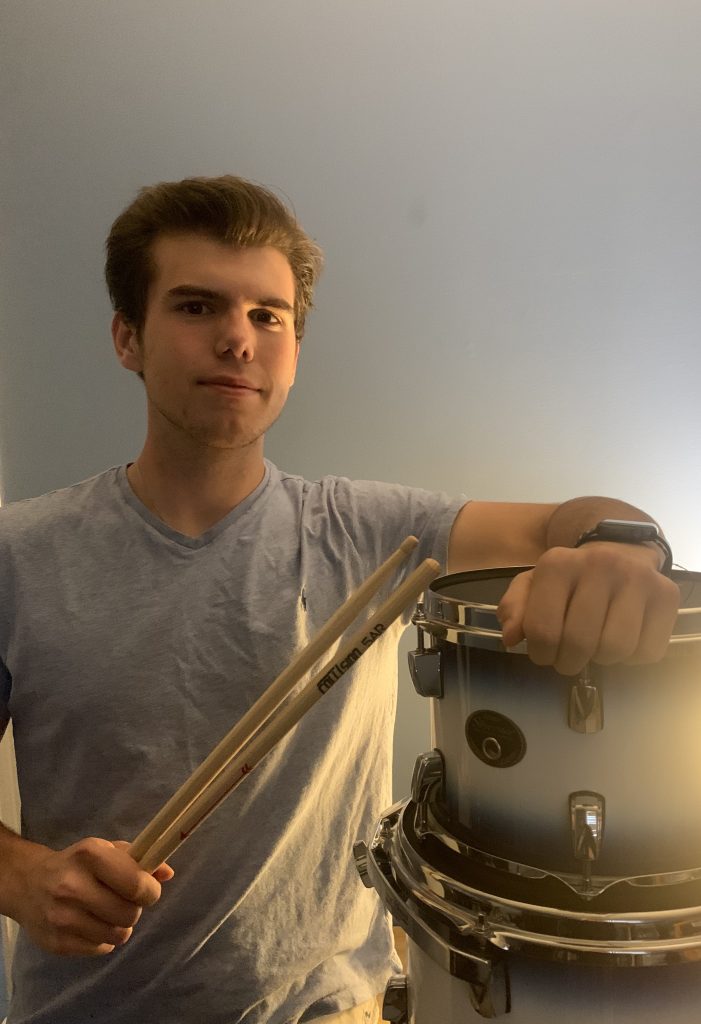