Visit band Page
Andrew is mostly known for being the drummer of the well-known Laois band the jury, a band which has been going for almost 30 years. he started out as the dep drummer in 2015 and is now their full-time drummer. playing some of the top venues in the county, the jury always brings the energy and the banter. along with playing with the jury, Andrew has also toured with his Canadian namesake Andrew Conroy, where they toured in some of Ireland’s top venues such as the Roisin dubh in Galway. some other notable achievements that Andrew has to his name are playing a number of local festivals, session works as well as sharing a stage at the electric picnic, one of Ireland and Europes top music festivals. along with gigging and session work, Andrew also has a passion for recording, having his own recording setup where he records drum covers/drum tracks and also local bands and artists

The collision stick size I play is 7 a’s. having played these for a number of months and having tested them against top brands such as VIC firth I couldn’t believe how durable collision sticks are. a lot of my gigs and sessions are high energy and hard-hitting so I need a brand behind me who can produce the quality I need. I can safely say collision deliver the goods! the reason I am looking forward to working with collision drumsticks is that you look after the artist, you want to help build the artist as well as promote your own brand. even since this endorsement process began, it has given me more confidence as a musician. to know that all the hours that I have spent in rehearsals, studios, and gigs have paid off. 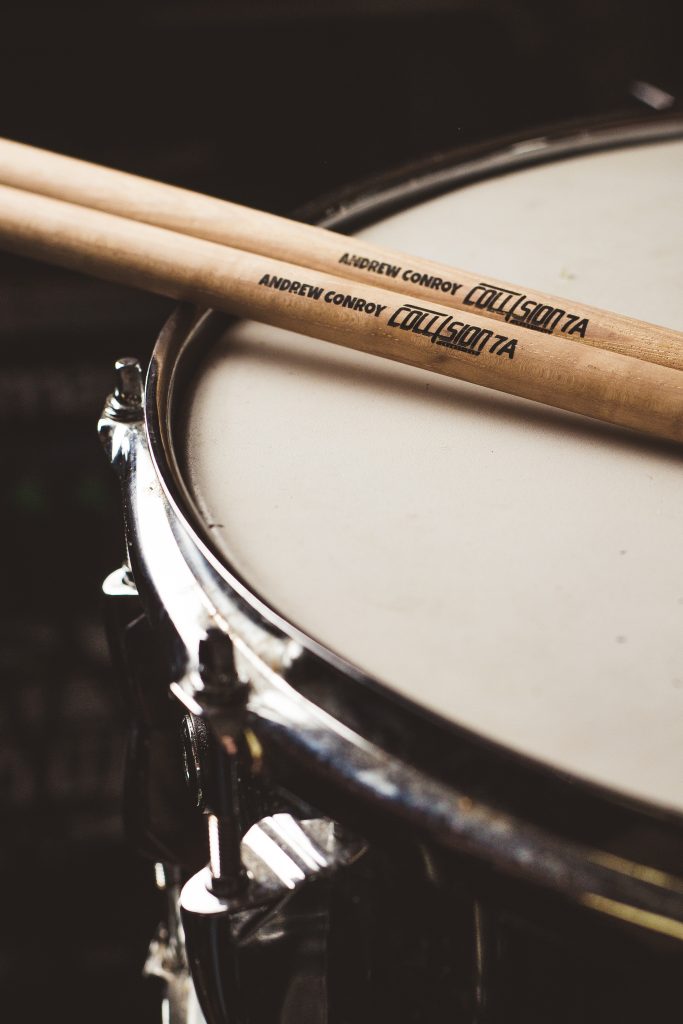