Born in Clarksville, Tennessee, 1995, Andrew Naughton was placed into foster care, then after two years was adopted by James and Terri Ann Naughton into a loving military household. Interesting as it is, nobody in Andrew’s new family had a past of any musical experience, although, Andrew Naughton began his own interest in music at a Carson Middle School Band concert in Colorado Springs which sparked his studies of percussion in his 7th grade year. After moving north due to his father’s retirement from the military, Andrew joined the Air Academy High School Marching Band, placing first place for three of his high school years and holding the high score record at the Zia Marching Festival in New Mexico with a score of 95.

Andrew Naughton decided to pursue his career in music and going to Adams State University in 2013 studying under Dr. James Doyle III. In that time Andrew had been a part of many of the school’s various ensemble including: Samba Group (Tambores De Fuego), Steel Band Group (Rocky Mountain Pan Handlers), Wind Ensemble, Concert Band, Jazz Band, Jazz Combo, Percussion Ensemble, Symphony Orchestra and Chamber Choir. He is also one of the founding members of two of Adams State’s percussion groups. The new drumline group, Alpine Backbeats, and the steel band group, Mile High Pan Handlers. The steel band and samba band have both gone on tour for 2 years running throughout the cities of the four corners region, performing at various schools including 2017, where Andrew was the Master of Ceremonies and led assemblies of between 200 and 500 elementary students, teaching West African Drumming.

Andrew is one of the original member of the band Ol’ Scratch with one album out titled “American Rain.” This band has performed in New Mexico and all around Colorado including Alamosa, Del Norte, Durango, Colorado Springs, Grand Junction, Aspen and quite a few more. They have a beer named after the band created by Square Peg Brewerks in Alamosa Colorado.

My favorite thing about Collision is the communication. From the start I have been contacted about different ways that they offer more opportunities for musicians and not just through email. Even the CEO called to ask me to be a part of Collision.

I recommend Collision sticks because of the unique feel that you get from the “reaches” brand they make. It gives it a nice top-heavy feel that isn’t too overbearing and really helps with the flow in your hands and fingers. 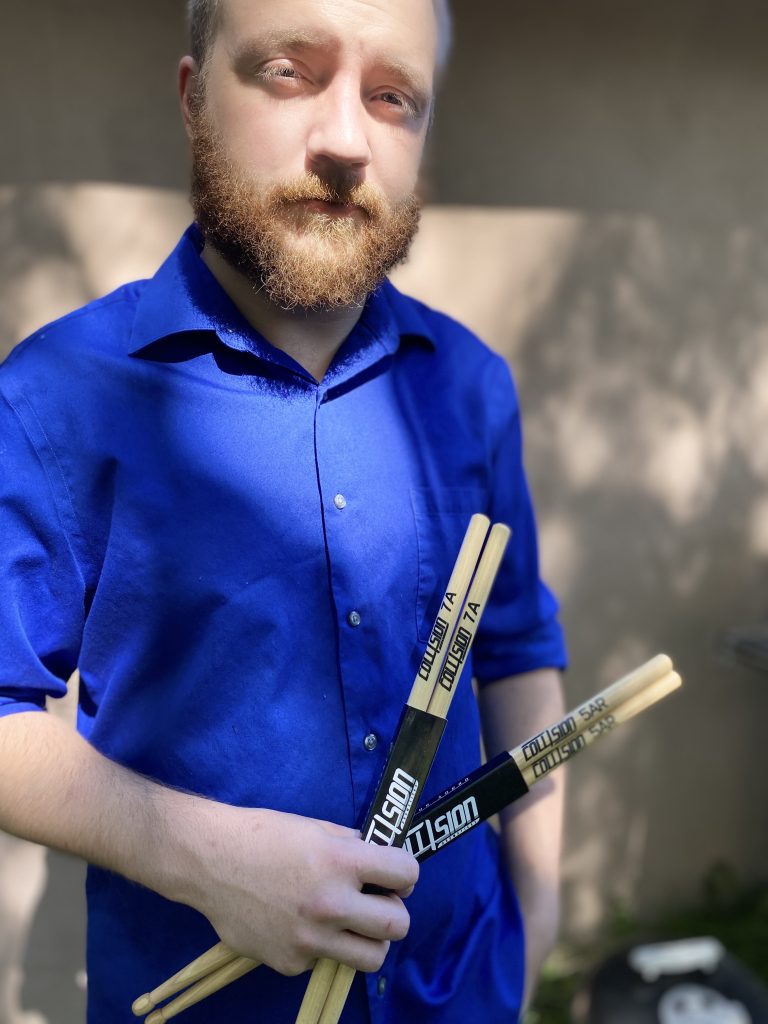 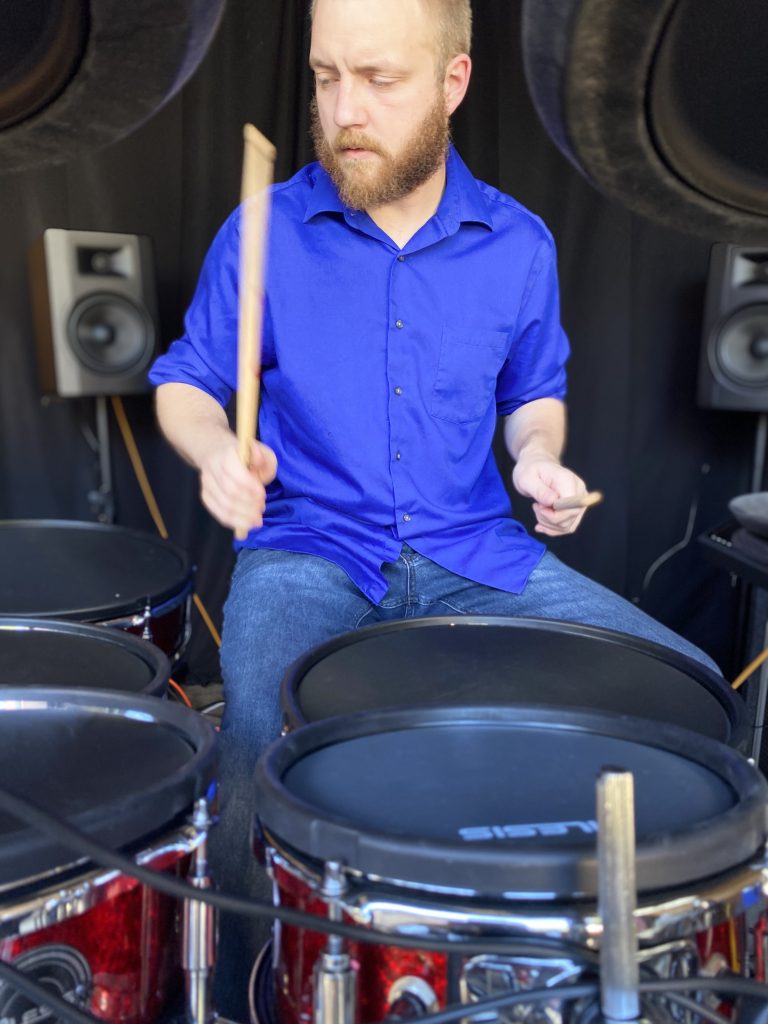