band: Your So Called Reason

I’ve been playing drums for 15 years now, more as a tutor in recent times; focussing on brand new players who haven’t held a pair of sticks before. I’m currently playing with Your So Called Reason, a prog-alt band based in the North East of England and we’re well on the way to releasing our first EP very soon. As a “Dep” drummer, I’ve played all across the UK in bands such “Black Ash”, “Forget Tomorrow” and “Lost?”, in notable venues such as the O2 Academy in Newcastle, Birmingham and Liverpool.

More recently, I’ve been a deputy drummer in cover bands ranging from the Arctic Monkeys, to System of a Down at weddings and other functions. Mainly headlining the events mentioned prior, I’ve also been a supporting drummer for bands such as Hellbound Hearts, and Riverrain. My time now is spent with my new band, and producing online drum lessons and drum arrangement videos for my Patreon & YouTube, covering songs from Nothing More, Papa Roach and Halestorm.

The sticks I’m currently using are the 5BR (5B Extended Reach) and they’re absolutely perfect for my type of playing. As a heavy rock drummer, we want to be able to smash rimshots without having to worry about stick’s snapping every two seconds. I’m able to carry a lightweight stick bag around as I know that I won’t need 400 pairs with me at every gig/rehearsal! The durability of the sticks isn’t just the best bit! The extended reach means I am able to gain more momentum with each hit of the sticks, gaining heavier sounds and immense crashes on my cymbals. Despite this though, the acorn is perfectly developed for lighter work on the ride cymbal/hi-hat, making them the perfect pair for any gig! 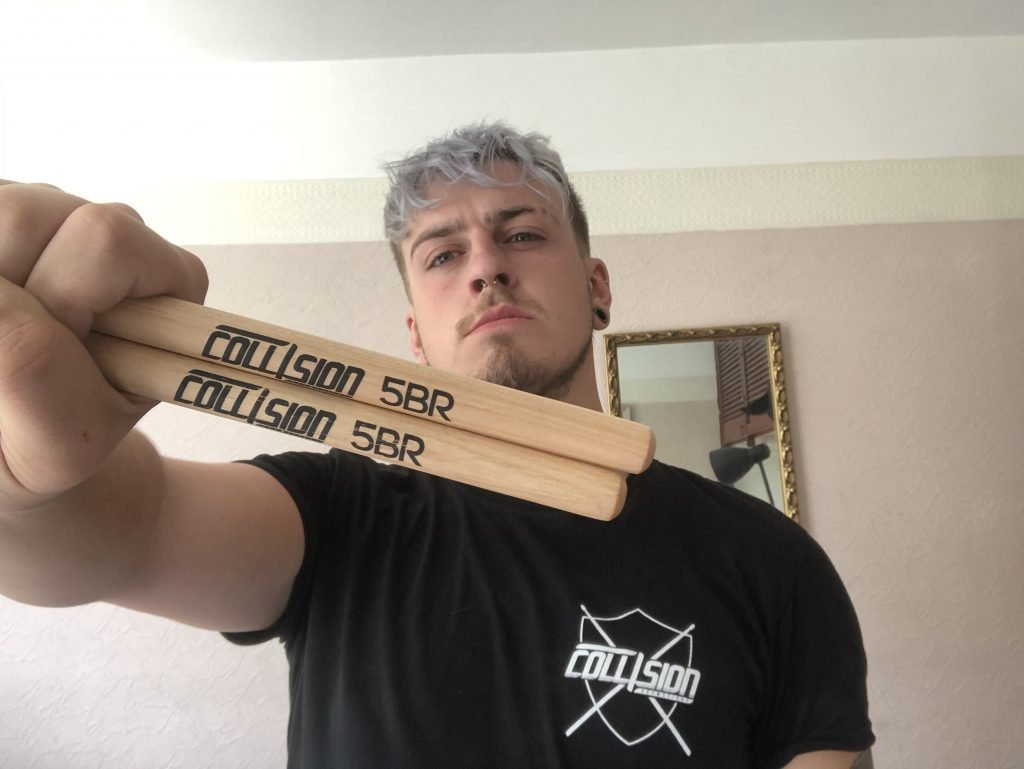