Christian Passlick is a German drummer who currently lives in Einbeck. He started playing drums in 2010 and is currently part of the duet CometDuo and the band Kaleido-Scoop.

Christian created CometDuo in 2015, together with his former girlfriend – and now wife – Eugénie, who sings and plays piano. Their cover repertoire includes a lot of top 40 songs, which they have performed at weddings, garden and birthday parties from 2015 to 2017. After that, they both joined Kaleido-Scoop, where they are composing and playing their own songs with 3 other band members. Since 2018, they have played gigs at city festivals and music nights.

Unfortunately, the 2020 Coronavirus temporarily led to an unfortunate lack of rehearsal time with Kaleido-Scoop. However, Eugénie and Christian fortunately made the decision to bring CometDuo back to life. In their apartment, they wrote the song “Au Bout de la Nuit, Blanche” for all the medical assistants, doctors and nurses, which has reached over 10,000 views within 3 weeks on Youtube. Since then, they have been working on new songs that will be released soon.

I have played more than 15 different stick types of different brands during my drumming career. The Collision sticks will accompany me for the coming years!
I love playing their 5AR sticks, because they offer great durability, perfect balance and good grip!

But not only their feel and quality are outstanding, I also want to compliment the whole Collision team from CEO to artist management for their great and close family-like cooperation with us artists.

I TOTALLY recommend to give the Collision drumsticks a try! 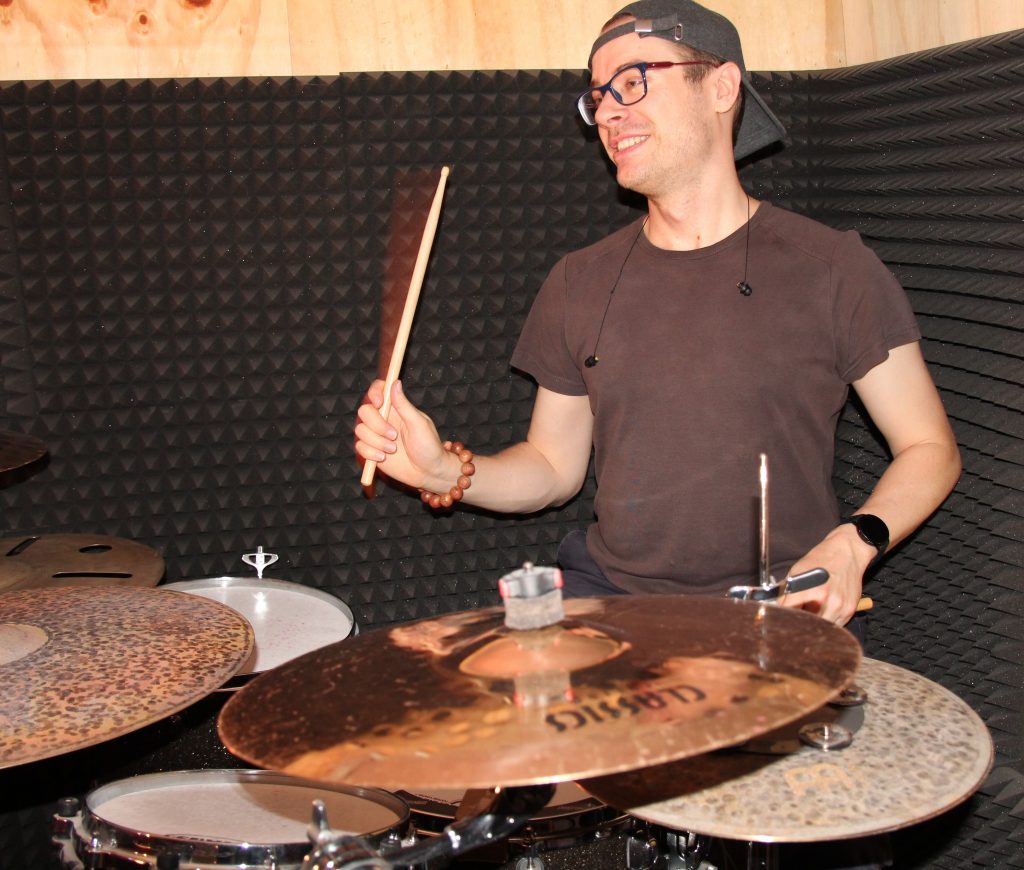