Born in Pueblo, Co, USA, Christopher grew up in a music loving household, and his passion for music developed as his family introduced him to a variety of styles ranging from R&B and Soul to Heavy metal.

Christopher gravitated toward to the drums around age 10 and learned the basics of the instrument from his father, who was a drummer for the majority of his life. The two bonded over their love of drumming frequently.

Christopher further developed his skills through his involvement in various school music programs from elementary school through high school including symphonic band, jazz band, and marching band. He discovered and fell in love with alternative rock in his teens.

After being a member of various alternative rock bands, Christopher joined the Ragetones, the main musical project of his close friends Jesse Hed and Clifford Bartell, in 2018.The Ragetones is an emotionally driven rock band that blurs the lines between genres and prominently features tenor saxophone. Their latest album, “No Missed Calls, No New Messages” was released in late 2019, and the band toured in support of the album into early 2020. They are currently working on an EP that is expected to release in 2021 and are also developing a crowd-funded rock opera based on their experiences living through the turbulent events that took place in the year 2020.

I play Collision’s 5AR drumsticks, and my favorite thing about the stick is the feel. Sticks are an extension of the player. If the sticks don’t feel right while they’re in your hand, that will definitely reflect in your playing! Collision sticks have a nice finish, are well balanced, and durable enough to handle you throwing down the wildest patterns you can think of. If you want great sticks that are made with the player in mind, from a community of passionate musicians who support each to be better, I can’t recommend collision drumsticks enough. 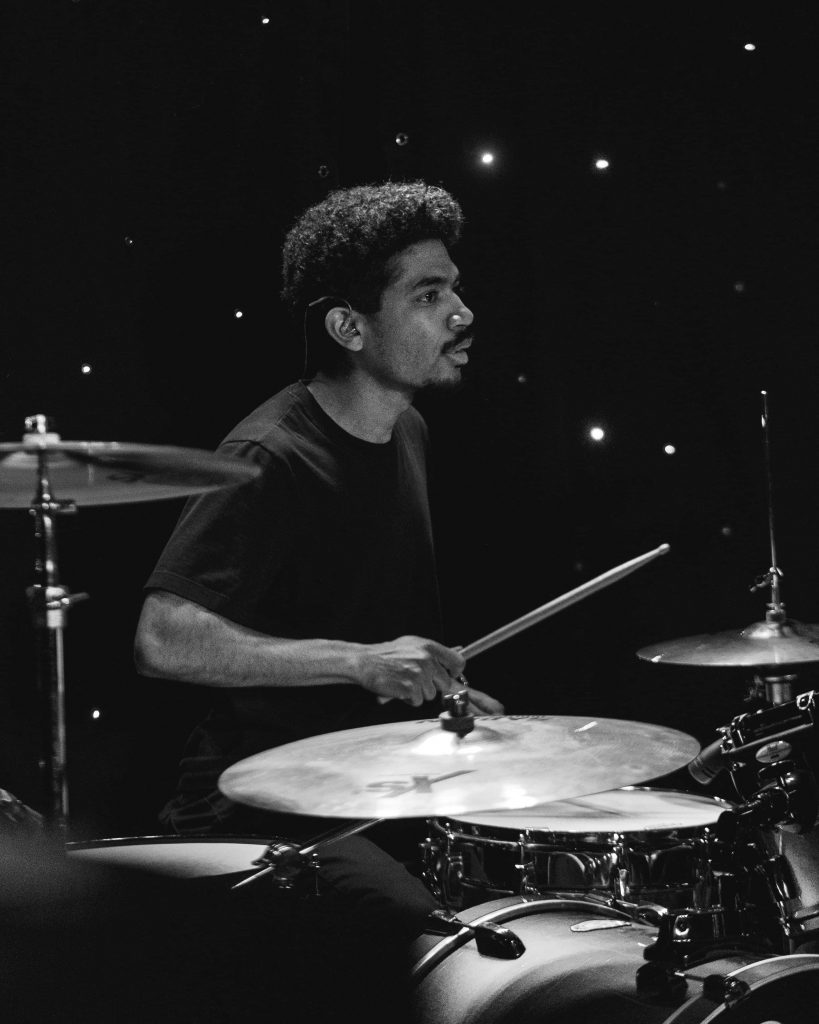