Edu Corso is a professional Drummer that holds an Associate Degree in Music from EST SINODAL – São Leopoldo RS/ BRAZIL and a Certificate from LAMA ( Los Angeles Music Academy) – Pasadena CA/ USA. Corso was born and raised in Caxias do Sul, Brazil. He started playing drums at the age of 11. He played for big artists in his country of origin. He is currently based in Los Angeles CA, performing and recording with many artists from all over the world.

The brazilian is an acclaimed drum teacher and has been teaching for over fifteen years. He founded a pioneer course in the city of Canoas/RS called MusicLife, bringing an American approach of studying and marketing music to the south of Brazil. He also founded the innovative “3×3” drum course in his hometown, Caxias do Sul, where the students had 3 classes per week, each one with a different teacher who would bring a different approach to their way of playing and learning rhythm and drums.

I use Collision 5B Drumsticks, the BEST durability, resistance and balance I’ve ever used! 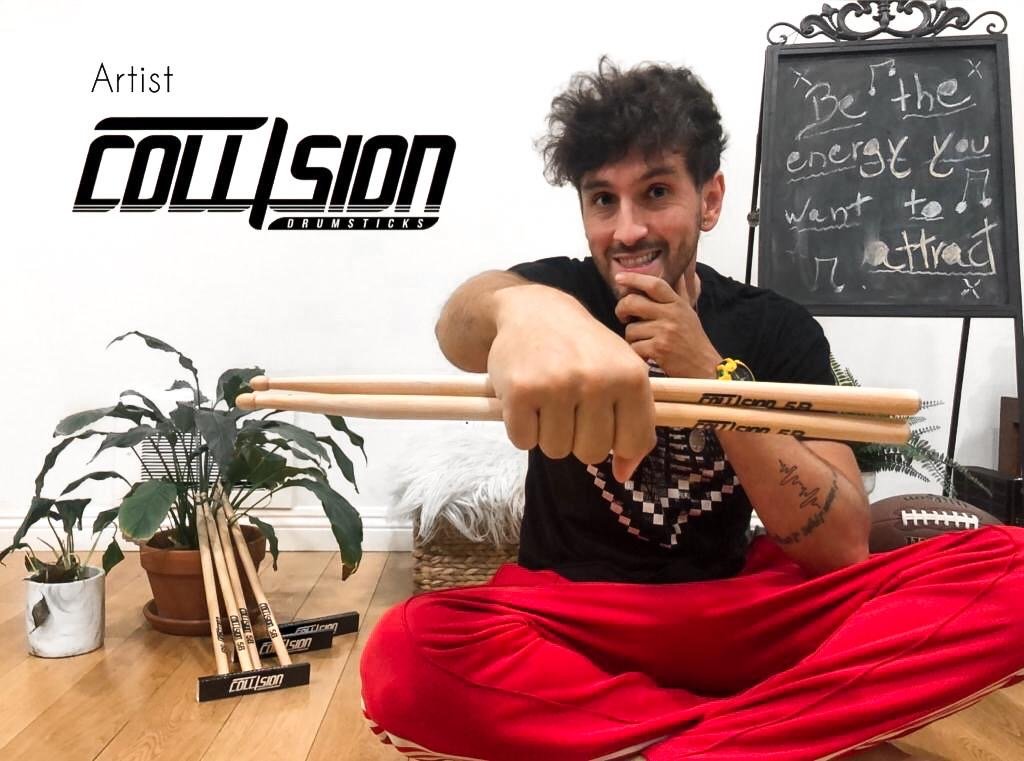