Eevie Taylor is a Freelance Drummer & Songwriter from South-East England. Her musical identity focuses in commercial pop, alternative and rock music. Eevie had influences that peaked her interest in music from a young age such as Foo Fighters, MUSE and Killswitch Engage, which impacted her playing style and music taste. As she continued to develop her craft she found interest in varied genres like Hip-Hop, Blues, Country and Funk. She is self-taught and over the last 9 years of playing has gained extensive performance and studio experience. Eevie has played with a diverse mix of artists and has performed at shows all over the UK including IKEA Festival, O2 Academy Islington, Moles and The Boileroom. Eevie is currently completing her BA(Hons) Music Industry Practice Degree at Academy Of Contemporary Music, being taught by industry professionals such as Jamie West-Oram (The Fixx, David Bowie, Stevie Nicks), Tim Hawes (Spice Girls, Sugababes) and Ben Scott (Ed Sheeran). Being able to express herself through creativity is very important to Eevie as she takes pride in being a unique, dynamic player. In addition to playing drums, she is also a practiced backing vocalist and plays guitar and bass.
“Press quotes & testimonials”
‘Eevie is a fantastic drummer, her flair coupled with serious professionalism. She smashed it out the park in a series of livestreams for one of my clients this summer – on very short notice – and has slotted into the artist’s dynamic perfectly. Would highly recommend’
JD Donovan – itsneversimple – https://itsneversimple.co/#.
Eevie blew all of us away with her laid back, but powerful drumming style. Always keeping in the groove with creative fills and rhythm changes. Clearly someone in tune with the craft of how to create a dynamic drum sound. On stage she looks like nothing can phase her.
Across all of the shows we put on Eevie was professional about the equipment set-up, during soundchecks and after the show.
Benny Marie – No Name Promotions – https://www.instagram.com/no_name_shows/.
I have been recording drummers for the past 17 years, from beginners through to world-class players and session pro’s. I am 100% confident when I state that Eevie’s playing is solid as a rock, super consistent, creative, plus her timing and feel when playing to a click remains flawless.
Dan Lucas – Anchor Baby Recordings / Salvation Jayne / Violet Vendetta – http://www.anchorbabyrecordings.com/

I play the collision 5B drumsticks and I love how comfortable and versatile they are. I play a number of genres for my work as a session drummer so I need a drumstick that is a good all-rounder and the collision 5B is exactly that. I love collision purely for their passion of delivering not only the best for their customers but for their artists as well. I like that they put their artists in the spotlight and promote them and give them a chance to be heard. I’m excited and proud to be working with the Collision family! 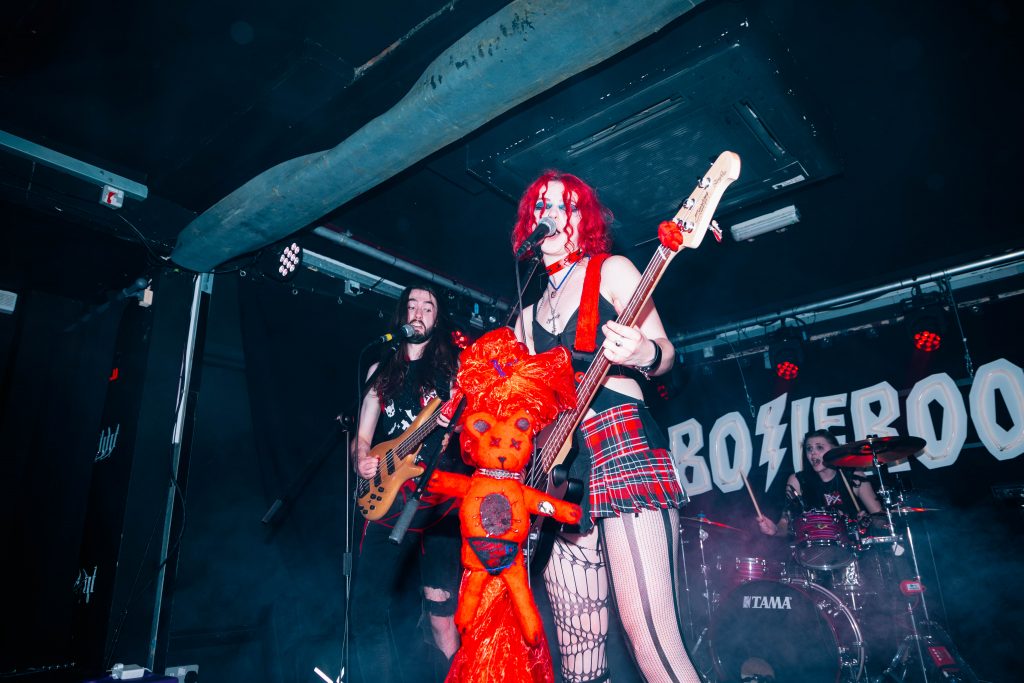