I have been playing drums for 11 years, I started getting lessons from the age of 7. I started playing with bands when I was 14 and since then it has always been what I wanted to do, I was heavily involved in ‘The Clutha Trust’ in 2015 where I was given the opportunity to do gigs almost every week with my band at the time, this pushed me to continue with my music and try to take it further. I have been involved in some session work with some local artists including playing gigs/also getting the opportunity to play on STV news with Lisa Kowalski and playing drums on the newly released single ‘I’m the reason’ by local busker, Matthew Gibb. Throughout my years of drumming at a young age I took part in as many competitions as I could, this went from winning three years of young musician of the year in high school, to gaining ‘first in class’ in the Inverclyde Music Festival in 2014, 2015 and 2016. I also had the experience of taking part in ‘Young drummer of the year, Future beats’ competition in 2016. These achievements have given me the motivation that I still have today to push my drums as far as I can.

I am currently playing for two bands, “Too Red” and “Red Bandit”. Too Red is a two piece female rock duo that started up just over a year ago, with the use of pedals and a lot of hard work we are able to produce a heavy rock sound which is something quite different to some of the bands out there. We played as many gigs as we could in the lead up to the Pandemic but have been working together throughout to keep our music alive through the use of live stream on facebook and regular communication with our followers. We plan to write and release songs in the future and continue to play our regular gigs. Red Bandit is a 4 piece punk/indie rock inspired band with a raw gritty sound to their music, we currently have an EP released on all platforms and are working towards recording and releasing our album in the near future, I have not had the chance to play any live gigs with Red Bandit since joining them during the Pandemic but we have a number of postponed gigs to catch up on as soon as we are able to, Red Bandit have also done regular live streams in order to keep our followers in the loop with our new songs.

Since the circumstances of 2020 have put all music related events on hold I decided to keep my drums going and push myself through social media, I have set myself goals of pursuing my music from a young age and by joining the collision community I have been given more opportunity to do so.

I am currently using Collision 7A standard sticks. After being approached through Instagram, I have been blown away by the quality of the sticks that Collision provide. As a drummer who plays with a heavier sound and does not hit the kit lightly, I couldn’t be happier with the durability and the feeling of these sticks.
Aside from the satisfaction that the sticks have given me, the Collision community in general is something I am honoured to be a part of. The team provide each artist with first hand support and regular communication to ensure they are always happy and that they are being heard within the community.
This is only the beginning for me as a Collision artist, and I am excited for whats to come. 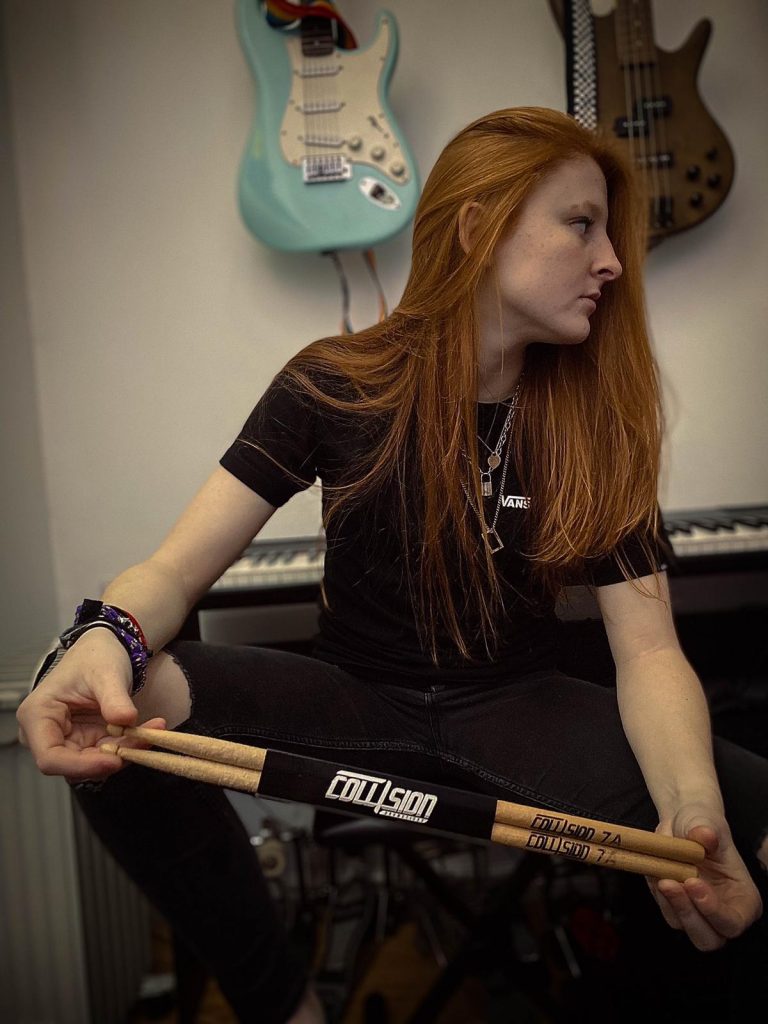