Visit Youtube
Fabio Nardelli is an Italian drummer and multi-instrumentalist. He has been playing drums for over 20 years and has been part of several projects.
During this time he performed in many venues and music festivals.
Currently, he’s focusing on his career as a session drummer and he also has a Youtube channel where he uploads drum covers.
His style has been influenced by drummers such as Jimmy Chamberlin, Chad Smith, Matt Cameron, Danny Carey.

I play the 5A size.
The best thing is the reliability and the quality of the products.
I would recommend Collision Drumsticks because they are the only drumsticks that I’m not afraid to break while playing hard because they are indestructible. 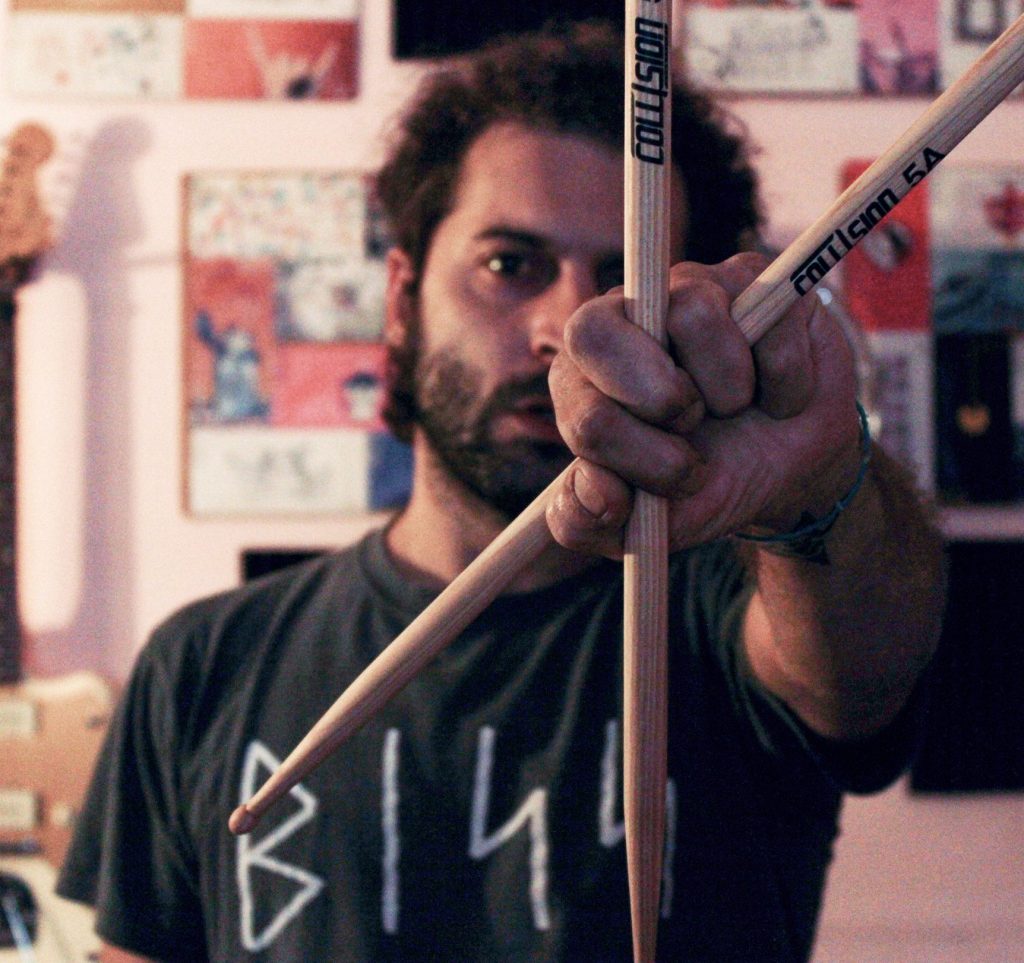