I am a metal drummer, based in Northern Italy. I have been drumming since 2009. Some projects I am a part of include: Scyther, Jeco e i loschi soci (Folk Rock), and Alba Gobra (Stoner).
My journey starts in 2007, when I tried my hand at guitar. After some months, my  teacher said, “You have a good rhythm, you should play drums”.
And so, in 2009, I went to the Woodstock music school with the great teacher Camillo Colleluori. I tried to try play this unfamiliar instrument and fell in love.
In 2013, my bandmates and I formed a heavy/thrash modern metal band called Scyther.
Throughout the years our band has played some great concerts. These included playing the Eresia Metalfest 2018, opening for Necrodeath in 2019, and opening for Pino Scotto in 2019. We also had a great tour in the Summer of 2019 in Eastern Europe, touring Slovenia, Croatia, Serbia, and Romania. Scyther released their first EP named “Blinded” in 2018, with 6 tracks and sonorities who take us into the old school 80’s. During 2020, we released our first full length album, ‘Black Stone Wall’, that puts the us under a new light with a more experimental and modern style.

I play the Collision 5B and 5BRs.
I was pleasantly surprised by Collision Drumsticks. They have a great feel, balance, weight, and quality. Really amazing. Any drummer can find a pair of sticks for their musical genre and need. The thing that struck me the most was the strength of these sticks. They seem like steel in the hand, but the weight of a feather! After almost 4 hours of playing, these were practically still new. These are just a few reasons why I recommend Collision Drumsticks to every drummer. You will not regret it. 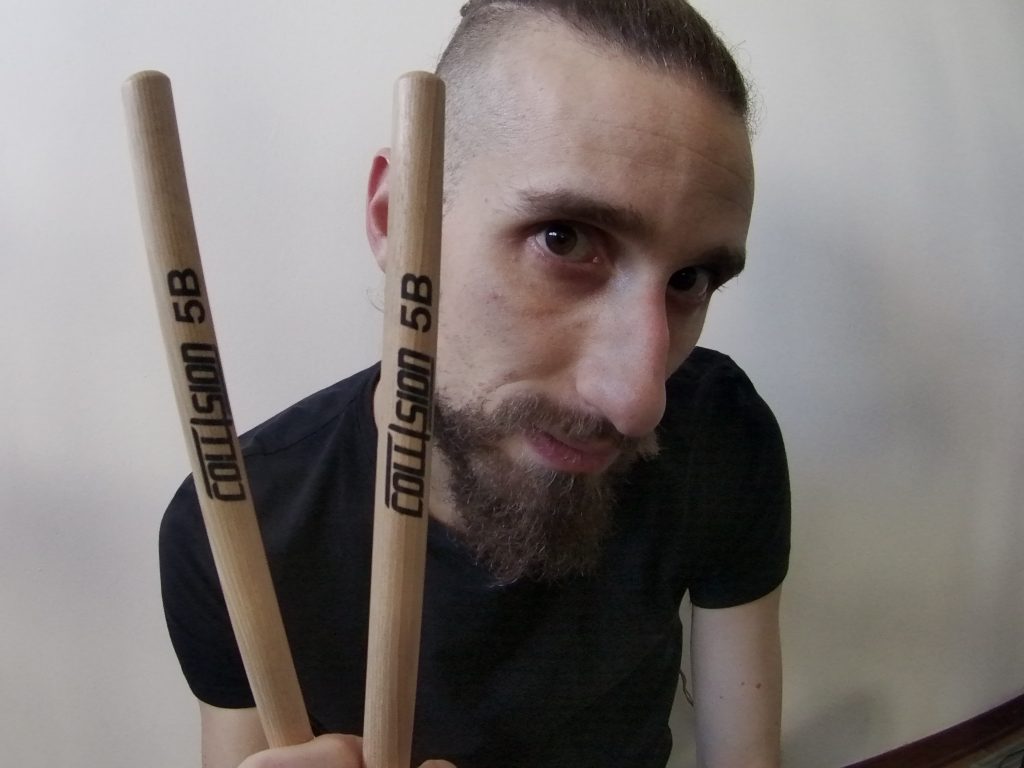