I originally played guitar but was appalling! One day, when I was about 16, I tried a friends drum set and it was much more fun to me. After that I spent all my time learning Nirvana songs in my bedroom using a shin pad strapped to my leg and pillows on an old desk. I didn’t have a kit for about 3 years!After a good few years of playing in various band doing different styles, it was apparent that loud, heavy stuff is what grooves my truffles. In 2015 I discovered Barbarian Hermit. I was not the original drummer and I loved them before I joined.Since joining we’ve come a long way. We’ve recorded our debut album – “Solitude And Savagery” which we released on APF Records to some great feedback, particularly in magazines that I used to read when I was teenager! We have done lots of great shows promoting the album and threw in a couple of tours.
We won the Bloodstock Festival Metal 2 The Masses competition and joined a stacked lineup in 2018 which included Gojira and Judas Priest. We were blown away to be asked back to open the festival the following year on the Sophie Lancaster stage which is a huge deal for us. We’re currently working on our next album so keep your eyes peeled for new music.

I play in Barbarian Hermit and my drumming style is all about bit beat that are played hard.
I play Collision’s 5B Reach stick and I love them. They’re weighted really well for how I play and have great articulation and sound massive when I settle in to a big groove. The extra length makes it that little easier to move around the kit and they’re mega durable which is perfect my style of drumming!I’ve been really welcomed in to the Collision family and couldn’t be prouder to be in an excellent, supporting company who focus on helping drummers perform and progress the best they can. 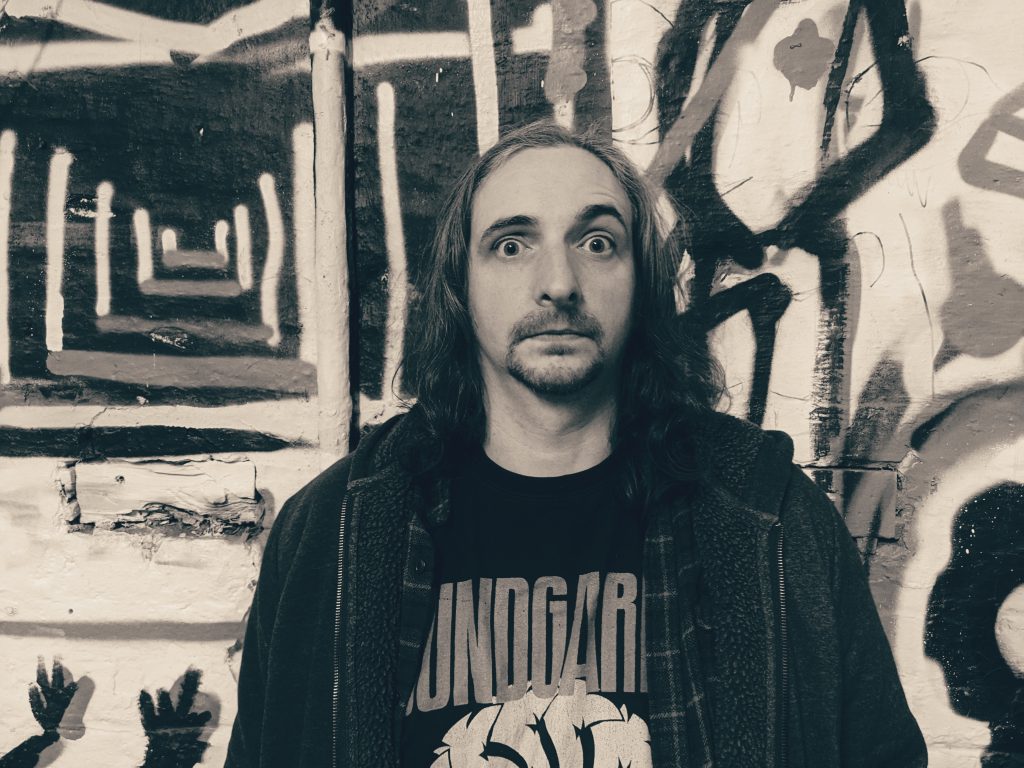