Gerald Purify, born and raised in San Luis Obispo CA has been drawn to music since a little boy and found his first love for drums at the age of 6. growing up and playing in church, Gerald got a good foundation of being a backing musician, and at the age of 12, went on his first  national tour with his parents, gospel artist Gerald and Betty Purify. after that experience, he knew this is what he wanted to do.

He began spending a lot of time with Gerald & Betty Purify’s music director and gained knowledge and understanding of what a full music production would consist of. He later became fluent in piano and started producing and writing songs.

Years following that, he started a music production company, where he provides services to churches, bands, artists, and schools all over California.

Gerald currently plays in an alternative rock band with some fusions of jazz and funk called Carbon City Lights. He has been with this up and coming band for a little over a year. In this short year, Carbon City Lights has gained some major attraction on the Central coast. Having a single placed on radio and in regular rotation, having one of the fastest viewing youtube videos, and being invited to play in some large music festivals. to check out Carbon City Lights, you can go to carboncitylights.com

Away from Carbon City Lights, Gerald Recently released a 6 song independent EP titled From The Alter. It is a soulful piece of work that has been performed in churches all over California. You can check out the EP at geraldpurify.com

Above all Gerald loves God and everything about the art of music. He remains striving to reach a higher understanding towards his craft daily; as he continues his journey in impacting the world through his music.

I play with Collision Drumsticks 5A Standards. My favorite thing about the sticks are how evenly the weight of the stick is distributed throughout and between the sticks. I would recommend Collision drumsticks to any artist because they’re very consistent. To perform with consistency, you need consistent equipment. 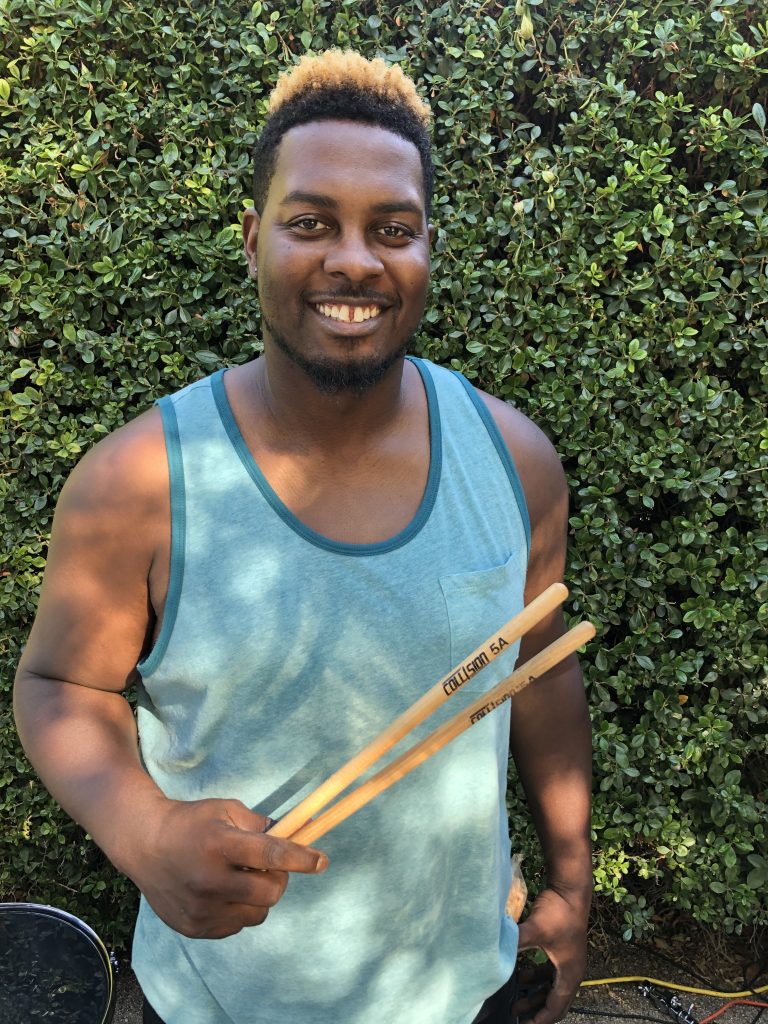