Giovanni was born in Venice in 1999 and started playing drum at the age of 8 under the guide of Sandro Fusati. Later he took lessons from another teacher called Luca Bortoluzzi and started to play with other musicians performing his first concerts with pop-rock covers, but his passion started to converge in metal music. Meanwhile at the college he started to study with Peter Gallo a more classical snare repertory and had the first contact with Jazz music.

During his third year of college he entered the band called Membrance starting his live performance in the Italian underground metal scene. In the following two years he played in different gigs (opening act for Marduk, Ulvedharr and many more) and festival (MetalDays 2018, Winterdays Of Metal 2018).

He completed college in 2018 and started to study at Modern Music Institute under the guide of Ricky Turco. This period is the most changing for Giovanni’ style, in fact, he started to play as an open-handed drummer, feeling from the beginning more comfortable while playing. In 2019 his band Membrance signed a contract with Orion Agency and this allowed him to play opening for band like Entombed A.D., Benediction, Distruzione, Hobos, Demiurgon, Cripple Bastards, Chronic Hate and many more. He’s still studying to keep developing his open-handed style also for other genres as funk, fusion, jazz and so on.

I play with 7A, 5B and 2B because I play different genres, from metal to fusion and some jazz.
My favourite things about Collision drumsticks is the balance and the length they have, it is awesome because this two things are a fundamental part of the “best drumsticks” for me.
I would recommend Collision Drumsticks because they look very durable and solid, they have a perfect weight balance and especially the 7A are a little longer then the traditional 7A of other brand and for me it’s better. 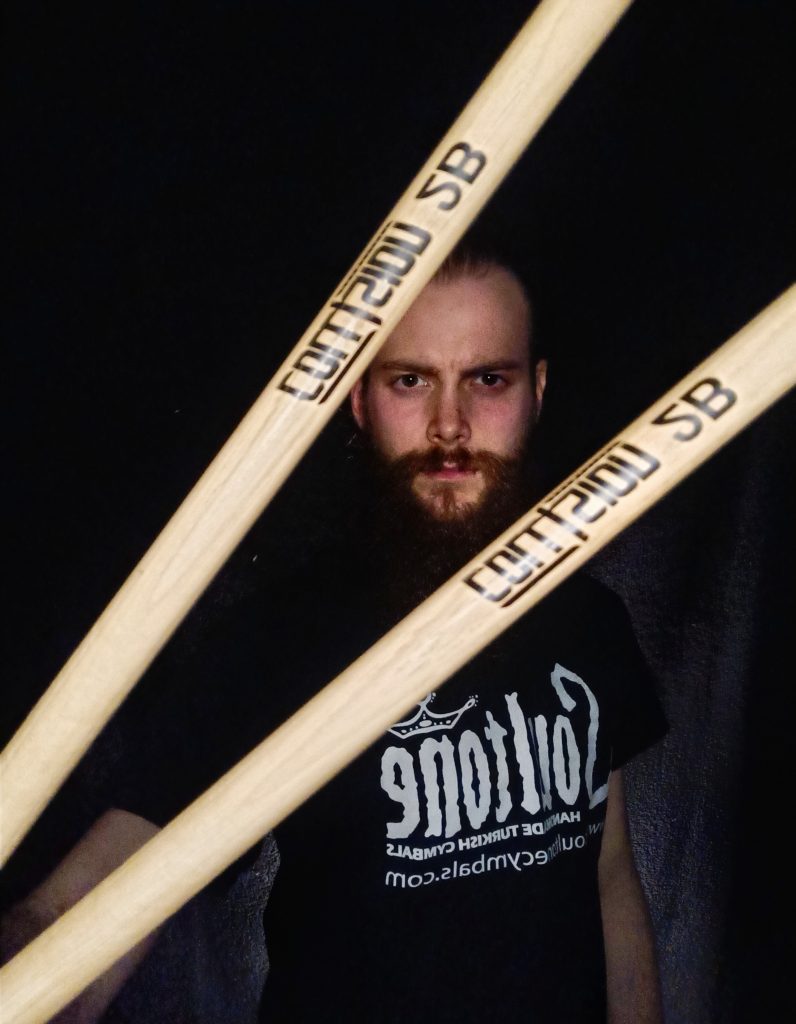