Harley Mitchell received her first drum kit at the age of 2, but her music career didn’t start until the age of 16. It wasn’t until years later did she start to play the drums professionally. Born and raised in Clifton, New Jersey, she was surrounded by music her entire life and never had professional training or lessons. At the age of 12, her stepdad taught her how to play the guitar. When she was 15, her and her family moved to South Florida. One year later, her stepdad started to play guitar in a cover band and they were searching for a bass player. Harley offered her talent of already playing a stringed instrument and started to play the bass guitar for his band. From that point on, she started to gig regularly as a bass player and occasionally would hop on the drums.

In 2012, Harley decided to create her own YouTube channel of drum covers. As of today, she has over 18,000 subscribers, with one of her covers reaching over 3 million views. In 2013, Harley joined a cover band called Project X as a bass player and she is still in the band today. When she joined, she became close with the lead singer of the band, Heather Curi. They both shared an interest in writing original music, so they started their own band called, Day 4. In 2018, Day 4 recorded their first EP at Power Station Recording Studios in Pompano Beach, FL, under the provision of record producer and engineer, Tony Bongiovi and co-owner and producer, Rob Roy. They were also interviewed for SFL Music Magazine in a 3-part article of the process of recording an EP of a label-budget recording session. In 2018, Harley officially became a drummer for an 80’s cover band called Rubixx. She signed with Collision Drumsticks in July of 2020 and continues to leave her mark in the South Florida music scene.

I was featured in Voyage Magazine and SFL Music Magazine with my original band, Day 4. (Page 30 in all magazines):

*Photos on this page taken by Alex Jenkins

I play Collision size 5A. My favorite thing about the Collision brand is the relationship between the artist and the brand. Collision prides themselves on supporting the underdog and they do just that. Although I am not considered “famous,” Collision brand has treated me as such from the very beginning. I recommend Collision Drumsticks because they are comfortable, durable, and the brand itself supports the up and coming artist. 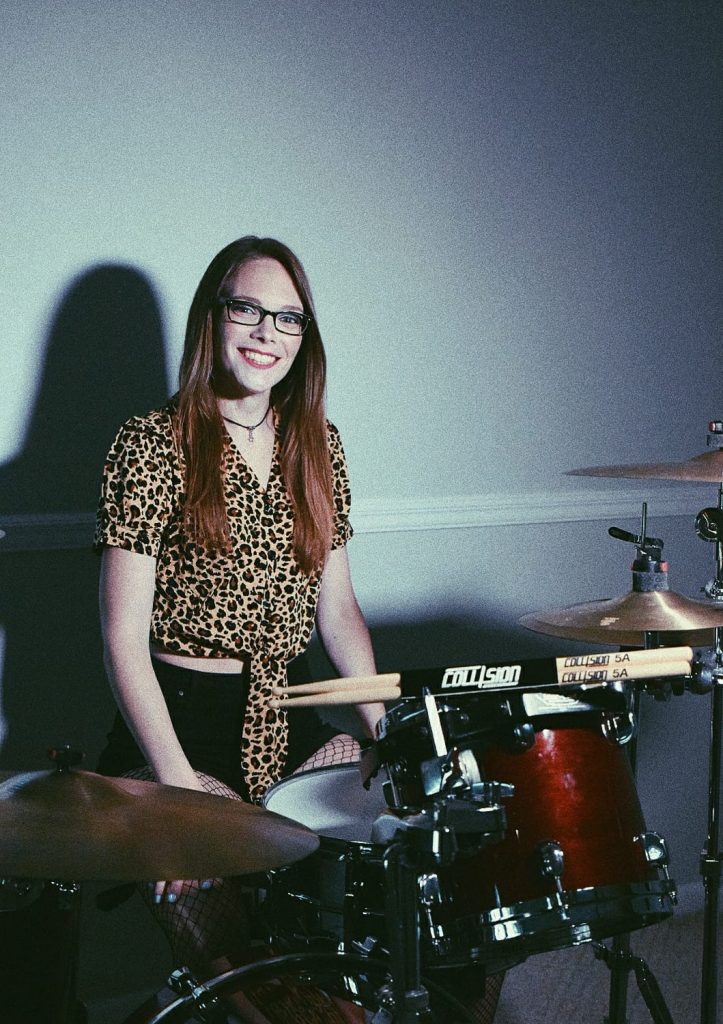