Visit Band Page
I have been drumming for around 11 to 12 years have been in and out of cover bands and indie rock bands in the leicester scene but i since i have moved to birmingham for university to study at BIMM (
British and Irish Modern Music Institute) i had got myself into the Hardcore scene and formed a band called Ordeal with my housemate. from then we had got more members and them wrote a demo,promo and now currently writing for an EP.
With the band we have performed all over the UK and a couple of notable hardcore/metal festivals such as Blossom and die fest and Repent fest performing with bigger bands such as Sunami, No pressure and Borstal. we are also soon to be featured on a compilation album which is being put out by the coming strife records and should be out this winter.

I usually play with 7A’s and 7AR’s
My favorite thing about the collision brand is that there is a big sense of community and feels really welcoming!
I would recommend collision drumstick to every drummer as the sticks are incredibly well made and durable. They are great for drummers at any level and will make you feel like a professional. 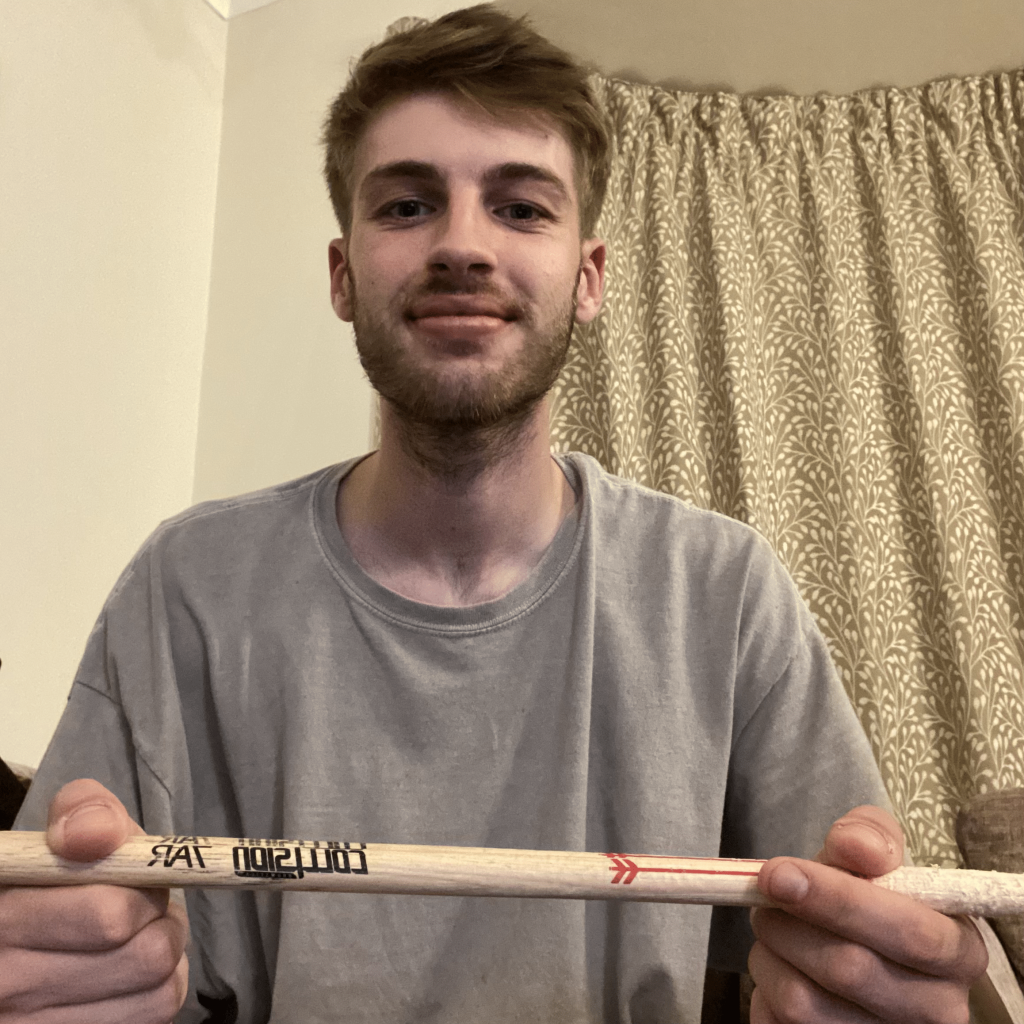