Born in London, Howard is a young drummer who is developing his career after studying at the British Academy of New Music in London. He is currently working with his band Burning indifference. Howard has also been recording with his new band Sutalkerah in his recording studio Fire Exit studios in Norfolk. He also plays with The Music Praise and Worship, a worship band which serves a group of rural churches in his area. In his previous bands he has played at venues such as the Bull and Gate in Camden, Bridgehouse II, and the B2 in Norwich. In the last 5 years, Howard has worked with Megadeath’s producer, Michael Lattanzi, and is working with new artist called Max. He has also plays drum clinics for charity. When he is not gigging, touring or in the studio, Howard teaches drums to new artists. In the last 2 years, Howard has been to the NAMM show in LA as an artist of Soultone cymbals.

I play 7As in my left hand and  5ARs in my right hand.

I would recommend Collision because they are a family brand. Plus, they are there when you need them. They are good quality and durable sticks that stand up to a beating. My favourite things about Collision are how long they last, how quick the email replies are and how friendly the team is. 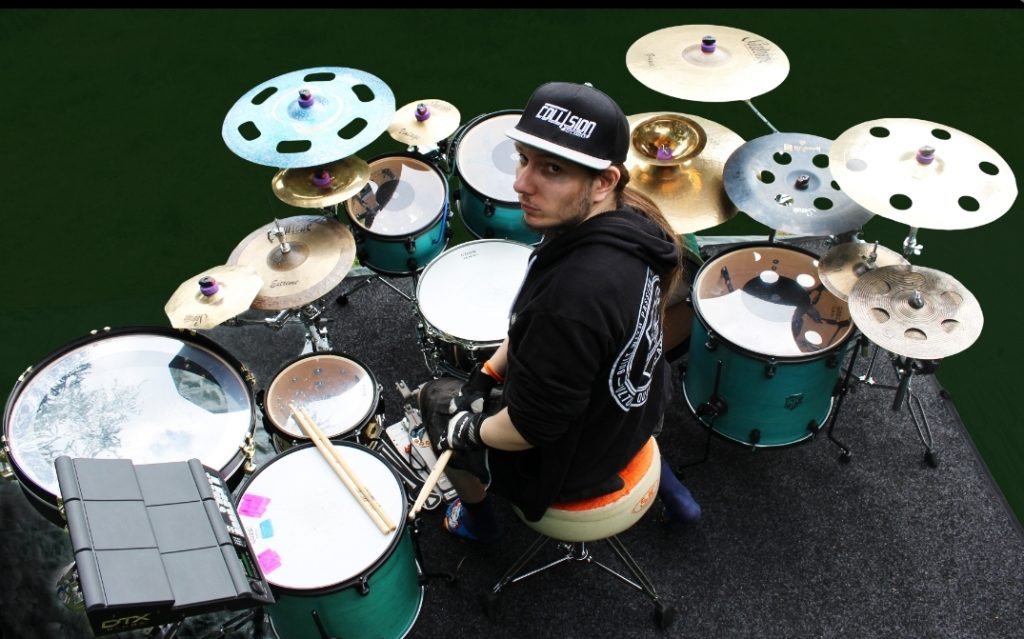