My name is Jamie Scott LaFave. I am from Escanaba Michigan, am 45 years old and I have been drumming for 30 years. I am a Prog/Metal Drummer.

I started learning how to play the drums by age 12. Elvis Presley’s drummer – Ronnie Tutt, from the 1970s – is who inspired me to want to take drum lessons.
That was my birthday gift and I have never stopped playing since. As I took lessons I learned about Neil Peart and Rush, Dream Theater, Metallica, Ozzy Osbourne, Megadeth, Testament, Anthrax, Slayer, Obituary, Sepultura and so many other great bands I got turned onto!!!!

I became obsessed with drumming – it’s all I wanted to do, and did.I got involved with Jazz Band in school, starting to form a lot garage bands and eventually started getting into cover bands and gigging and later began to write and record original tunes and released CDs. I got involved with every talent show and Battle Of The Bands I could get involved with. I’d practice 4 hours a day everyday constantly. I learned a lot from YouTube and many instructional DVDS.

Eventually in 2007 I was featured in DRUM! Magazine in their New Blood column, and later Modern Drummer did a profile on me as well. I also have been a private drum teacher for many years and even started to record rudimental instructional lessons on my YouTube channel. I have a lot in store for the future that I cannot wait to share with you all and have no plans of slowing down or stopping. My drum influences are Mike Portnoy, Neil Peart, Joey Jordison, Jay Weinberg, Danny Carey, Mike Mangini, Jason Bittner, George Kollias, Derek Roddy, Dave Lombardo, Chris Adler, Flo Mournier, Blake Richardson, Jason Rullo, Gene Hoaglan, Kevin Talley, Alex Rudinger, and John Longstreth. I plan to keep improving keep learning and moving forward with my instrument and career and hopefully one day inspire others.

No matter how much chaos or sickness in the world through these trying times we will always have music and drumming to share with all our fellow brothers and sisters.In closing, I intend to leave a gigantic mark to the drumming with touring and recording music and making new videos of drum playthroughs and lessons.
Please feel free to contact me with questions, comments, friendship and chatting.

Thank you and hope to see you soon!

Collision drumsticks are the very best in the industry today. The feel, the durability, the look is unprecedented to any other…….PERIOD!!!!

The customer service and the care you get is incredible!!!!! I will play these drumsticks for the rest of my life!!! 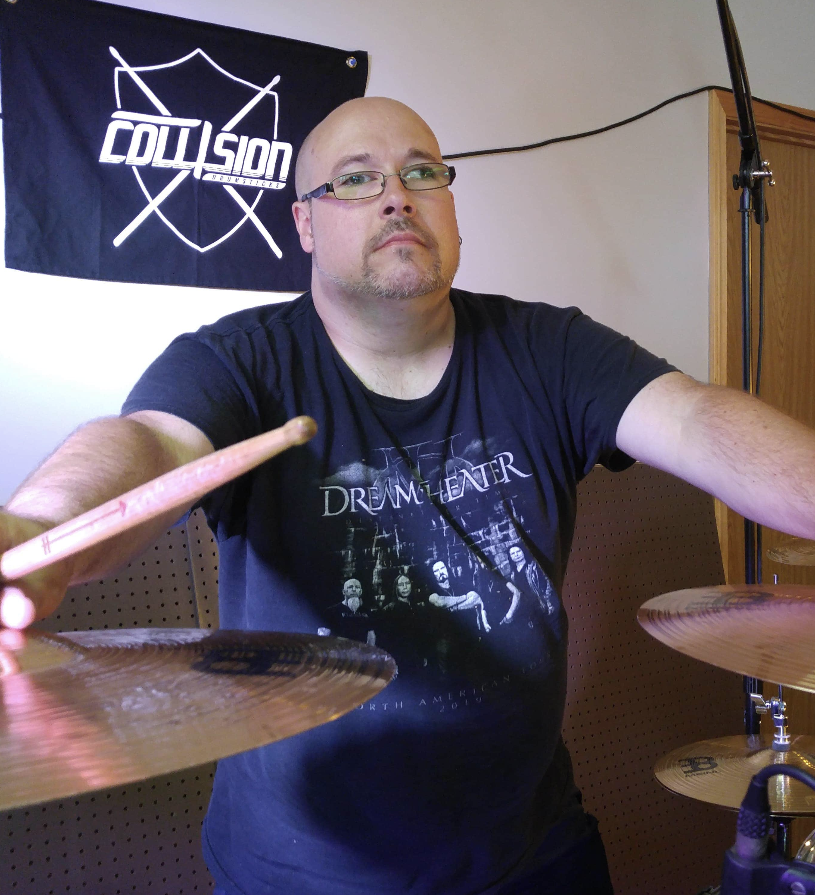