I started playing drums around eleven years old, in the school band. I didn’t get my first kit until my mid-teens, and have always played lefty (or open-hand on a righty kit). I would describe my style as influenced by 80s arena rock/hair metal, punk rock, and hip-hop or groove-driven beats. An eclectic mix, for sure, but I’ve never been one to be overly-flashy.

My current band, Los Bombs, is a cover band that ranges from 70s to now, alternative rock, classic rock, heavy metal, and anything we feel like learning for fun! I also write and record my own tunes, which vary widely by genre. Generally instrumentals, but occasionally the vocal track as well. The majority of my releases come from solo records or recording project collaborations with other artists. I don’t like to be bound by any particular genre, and love to work on new interesting stuff with anyone that wants to have some fun and make music.

I am currently also endorsed by Blakhart Guitars and Dead Legends Apparel.

I play 5A because they are a great balance between light and heavy, and versatile for all play styles. My favorite thing about Collision brand is how close-knit and familial they are. The sticks are amazing, but the people involved can really make or break a relationship, and they really care about the artists on a very personal level. I would recommend Collision because they have an outstanding weight and feel in your hand, and the durability is top-notch. 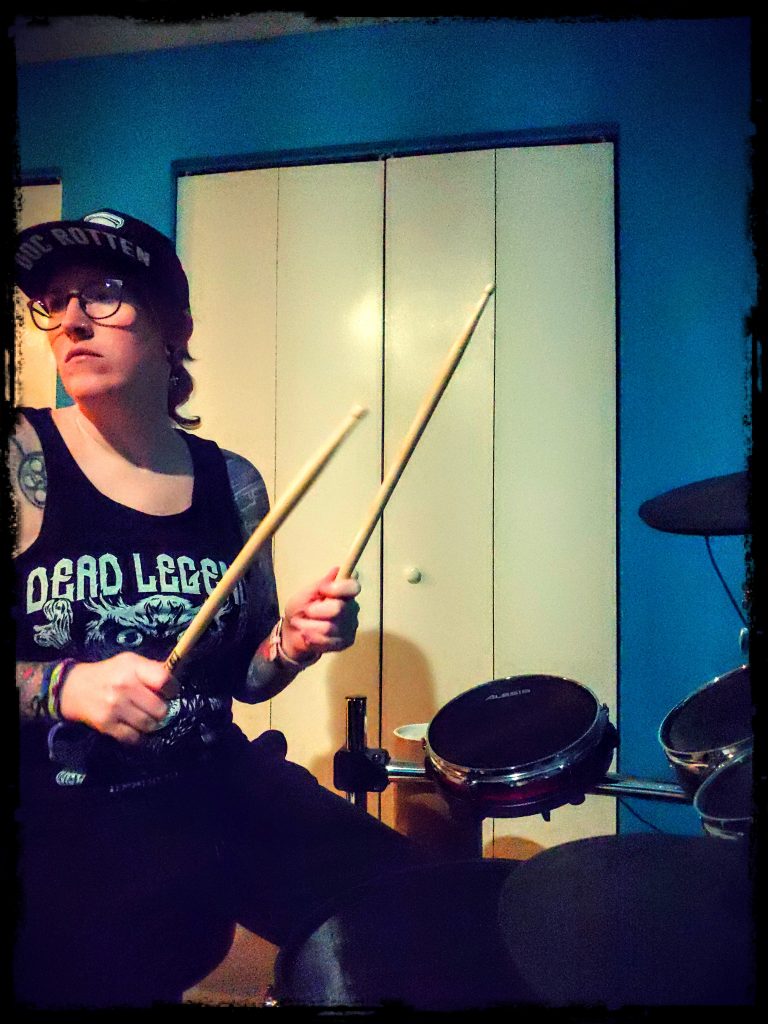