I’m a self taught drummer and have only been drumming since we started the band Broken Hymns in January 2016. Since then we have been playing shows around Perth on a regular basis, including at some of my favourite venues such as Jack Rabbit Slims, The Rosemount Hotel and Lucy’s Love Shack.
In October 2018, we recorded out debut EP Peyote at Pavement Studios where we worked with Lance Robinson, who has worked with bands such as Karnivool and Mage, and have even worked on some Coldplay songs.
More recently we have been included in some festival lineups including Return to the Surface, where we played alongside Giant Dwarf and Scalphunter, and Manifest.

I play the 5BR sticks which have the perfect weighting to give me the most power when I play. The extra length on the sticks makes it that bit easier to move around the kit. These are also the most durable sticks I’ve ever used. Can’t recommend this brand highly enough! 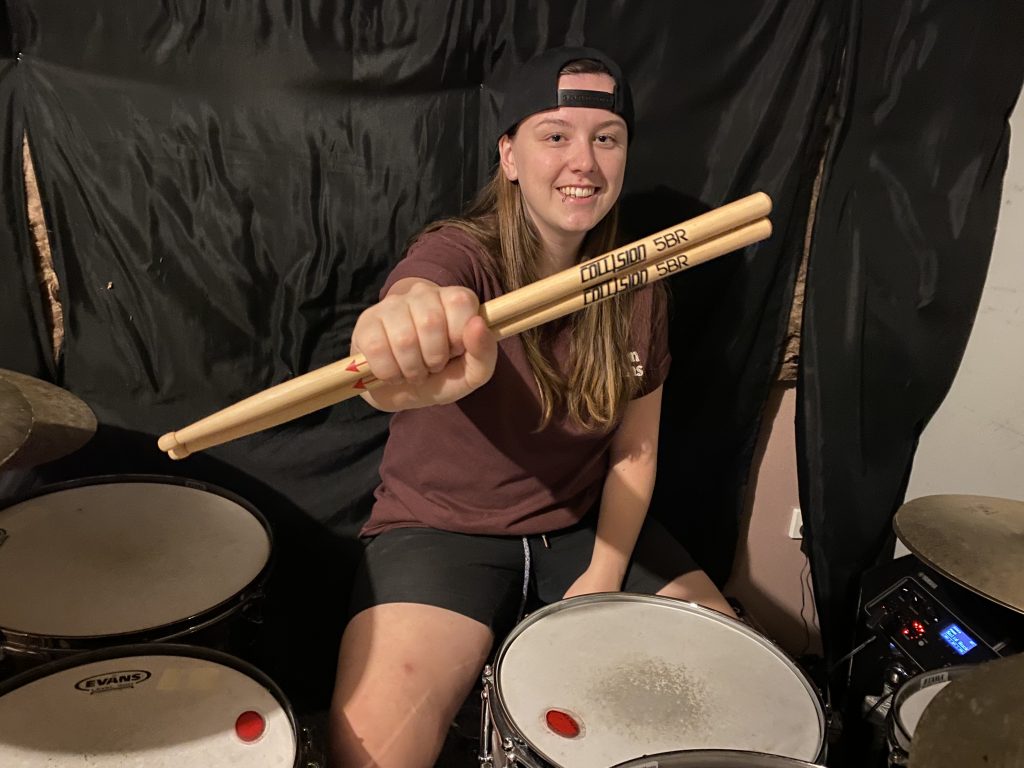