My name is John Potocnik, but most musicians I know call me “Johnny Pots.” It’s a nickname that started in high-school and has stuck with since. Born in Long Island, New York, USA and having stayed here ever since, I have been studying percussion inside and outside of public education from the age of fourteen. Starting with first lesson as a student to the first one as a teacher, it has been nothing but my passion to perform in any percussive musical situation professionally. With that, I’ve been teaching for five years and have been playing in original/cover bands for more.

The two predominate bands I perform with are Crash the Calm and the Phil Firetog Trio. I also happen to work as a session drummer performing with Nashville Tennessee act “Salina Solomon.” Working with Salina Solomon, I’ve had the pleasure of opening up for national touring act “Sublime With Rome” at “Shady Gators” in Lake Ozark, Missouri. Adding to the list of notable openings, I have had a separate pleasure opening for the ninety’s grunge rock band, “Sponge” with a hometown band “Floodwire.” Currently no other endorsements, but performing with: Collision Drumsticks, Mapex Drums, Sabian Cymbals, Remo Drumheads, Snare Weight Accessories, DW Hardware, and Big Fat Snare Drum Accessories.

I play the 7a size Collision Drumsticks. And with a slimmer profile of a stick, I feel as though I have more control at my finger tips. Unfortunately, thinner sticks aren’t always so durable. My favorite thing about Collision Drumsticks has to be the durability of not just the sticks, but the overall family. I would recommend Collision Drumsticks because: they’re using dependable lumber, they’re using innovative crafting techniques,  and they’re taking their time to establish a genuine connection with their artists! 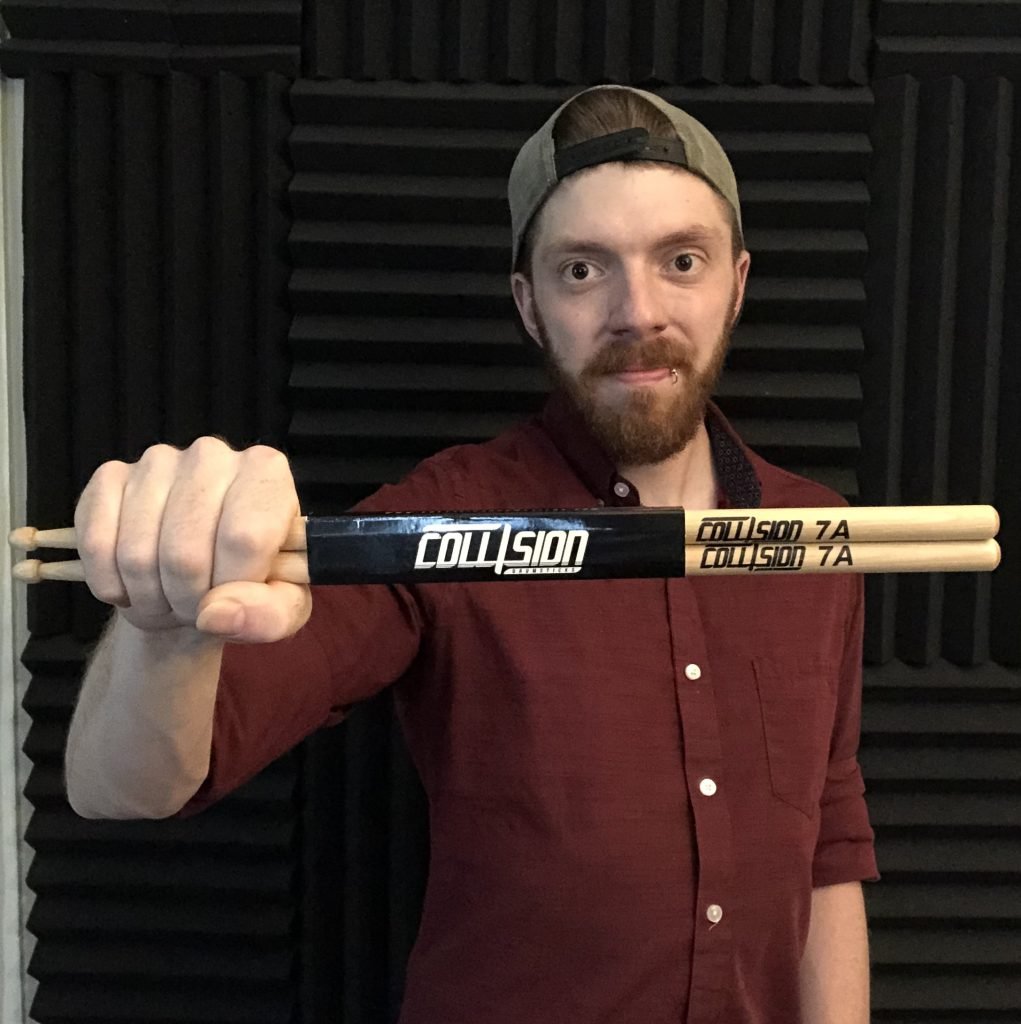