I’ve been playing drums for 12 years and I currently play drums in a band called State Of Millenia!  We are a hard rock/pop rock band from Colchester in Essex.  The band formed in 2016 in a college practice room and since then we have grown and adapted our sound to make something epic!  We are most known for our deep heavy riffs and catchy choruses.  We have had the opportunity to play some amazing venues such as Silverstone MotoGP, Chinnerys Southend and the infamous Colchester Arts Centre!

While the band is my main priority with music, I am also a qualified audio engineer with a 1st class degree in Audio and Music Technology. Because 2020 has been such a mental year I have started expanding my knowledge as a drummer and looking for projects to work on as either and engineer or session drummer.  I started upping my game with covers posted to Instagram and YouTube and working on some top secret projects with the band as an audio engineer, keep up to date with us using @stateofmillenia.

My main goal is to make drums my life, that is my only goal and I will put 110% into every project I’m a part of.

“State Of Millenia are growing and going from strength to strength. They are an incredible live band that you’d be stupid to miss.” – Head High Music 2019

“Jules is an incredibly consistent and creative drummer, his skills both in the studio and on stage are something to be admired and he’s only going to get better” – Ciaran Burgess 2020

I play 5BR sticks, these sticks have great balance and durability.  You can get the feel and speed of a lighter stick but with the durability of a heavier stick.  The reason I really enjoy working with Collison Drumsticks is because there is a true sense of family within the brand and they genuinely care about their artists. 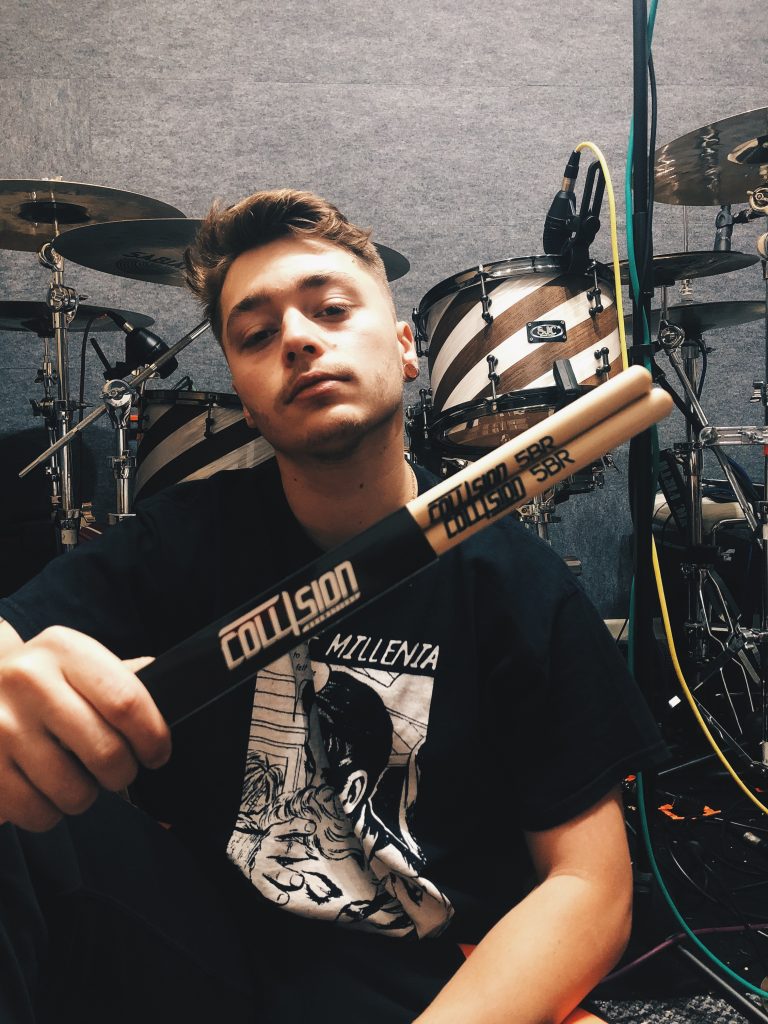