Greetings everyone! I’m Justin Gallar and I’m a self-taught, American drummer from Tampa, Florida! I began playing drums for fun while in college studying music. After a couple months of playing in a youth group band, I joined my first rock band, Two For The Ferryman. While still finding my voice as a drummer we record our album “If This Doesn’t Work, Nothing Will” which was recorded and produced by Dee Blume owner of Pristine Audio & Video. One of the more notable shows we played was the Save The Music Festival partnered with VH1 in Gainesville, Florida back in 2013. Shortly after leaving that band, I developed cancer and had to take a few years off. After beating cancer and entering remission I got back on the drums when a buddy of mine asked to fill in for a show. That’s when I joined Stereograft in 2018. While mainly playing 4 hour gigs at various establishments in the Tampa Bay Area, we manage to self-record and produce our debut album “The Way We Ride.” During this time we’ve been able to perform with awesome touring bands such as The Odd Even and Makes My Blood Dance. After a couple years with Stereograft, I started branching out as an artist working with other musicians and bands such as Nachash and Dreadtriplesix. Currently I am also drumming for a solo artist, Til Now. Drumming hasn’t only allowed me to meet some talented people, but also perform at some of the best local venues in the scene such as The Orpheum, The Side Lot, Noise Box, The Vault DIY, and Hooch & Hive. I look forward to working with the Collision team, while learning and growing with this rocking community of musicians.

The stick sizes I play/prefer to use are 7AR and 5AR. My favorite thing about the Collision brand is the dedication they have to the artist they work with and the passion they share in setting goals and reaching success. I would recommend Collision Drumsticks not only because the company’s attention to detail, but the versatility and durability of the sticks. They are light without being brittle and sturdy without feeling uncomfortable to play. 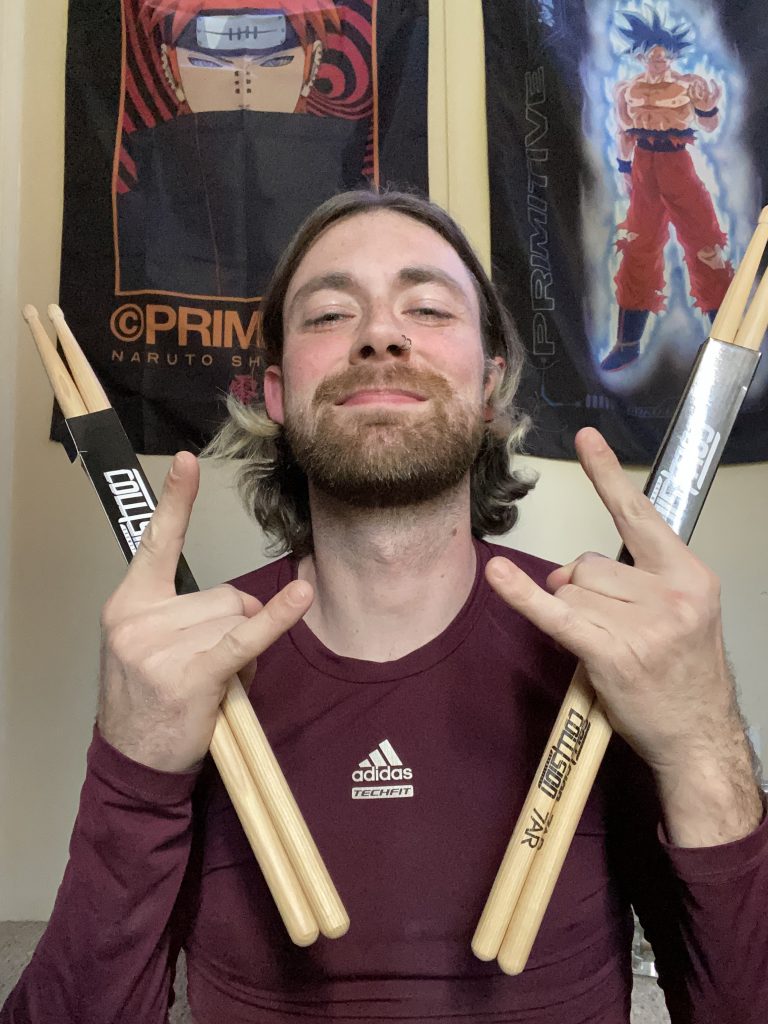