Kuinton Jackson is a 29 year old up and coming rising star from Shreveport, Louisiana. Kuinton’s love for drumming began in his grandmother’s kitchen using his first “drum set”—pots, pans, and two wooden spoons.  As a self-taught drummer, at about the age of 4, Kuinton would listen to music and play along on his “drum set”. Although he did not know the lyrics, he was always able to follow the beat.
Kuinton has loved music his entire life as he comes from a musically talented family. Kuinton has an expansive taste for music spanning across all genres including, but not limited to, Christian, Gospel, Jazz, R&B, Funk, and Country. He currently serves in the Shreveport, LA area at Word of God Ministries, Life United, Summer Grove BC, and Cypress BC. He also played drums with MultiTracks.com for a series of recordings for The Recording Collective.
Kuinton has been afforded the opportunity to play with a number of national recording artists including BJ Putnam, Ramiro Garcia of Lakewood Church in Houston, TX, David & Nicole Binion, and Kev Camp of Israel & New Breed. He has accompanied Pastor John Gray of Relentless Church when he ministered at the annual Aleph Tav Conference held in Shreveport, LA.
Kuinton also previously served as drummer at Bethel Church and 5twelve City Church in Austin, TX. Kuinton still enjoys regularly accompanying musicians across the country as a traveling drummer.

I play Collision 5B and 5BR.

One of my favourite things about the Collision Brand is the durability of the sticks. From the weight to the density, they are the best! 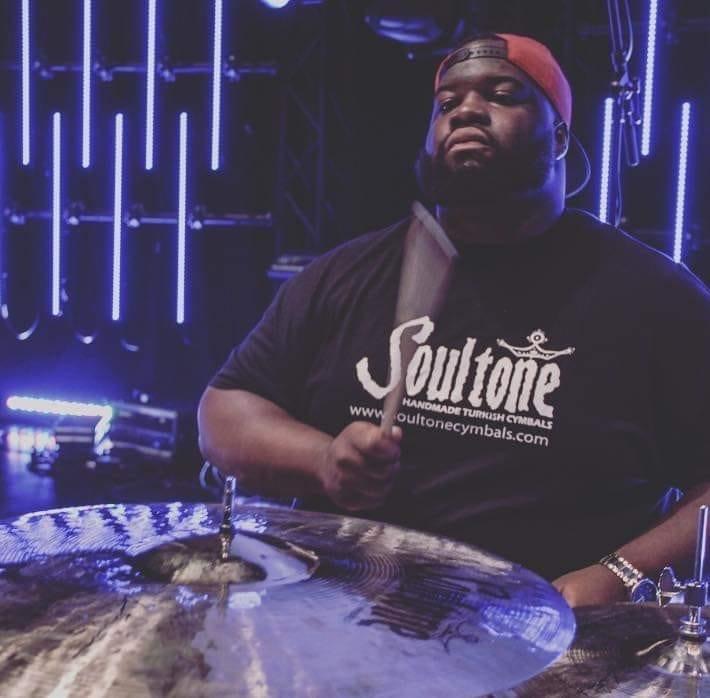