My name is LeRoy Himes
I have played in several bands through the last 24 years of my drumming career I have had the honor of playing Iowa State fair several times and playing on live national TV .I got the honor of playing to the president United States back in 2004
In 2000 at the Iowa State fair got the opportunity to open for Trick Pony in front of 1500 people. That was a very fun night.
Back in 2004 I got to play live on national TV WOi channel 5 Des Moines. We were only scheduled to play one song with an interview about our upcoming Iowa State fair appearance we were asked to play two songs after the first song is over they said they don’t normally do this but they wanted us to play another song that was fun.
Later that month we were at the Iowa State fair George W. Bush Senior was speaking for his son and campaign trail and we were in the Susan B Anthony theater the act before us got asked to leave the stage by the President Secret Service.. we was next and started to play and with in five minutes the Secret Service came back and said who’s in charge they said they’re playing another 45 minutes after they’re done the president like what he hears that was a awesome time

Hello my name is LeRoy Himes
I play collision drumsticks 5AR
My favorite thing about the collision brand of sticks is the absolute amazing quality these sticks have.
I would recommend these sticks because of there quality there durability there balance of how they feel and there absolute care taken to ensure you get a quality awesome product. 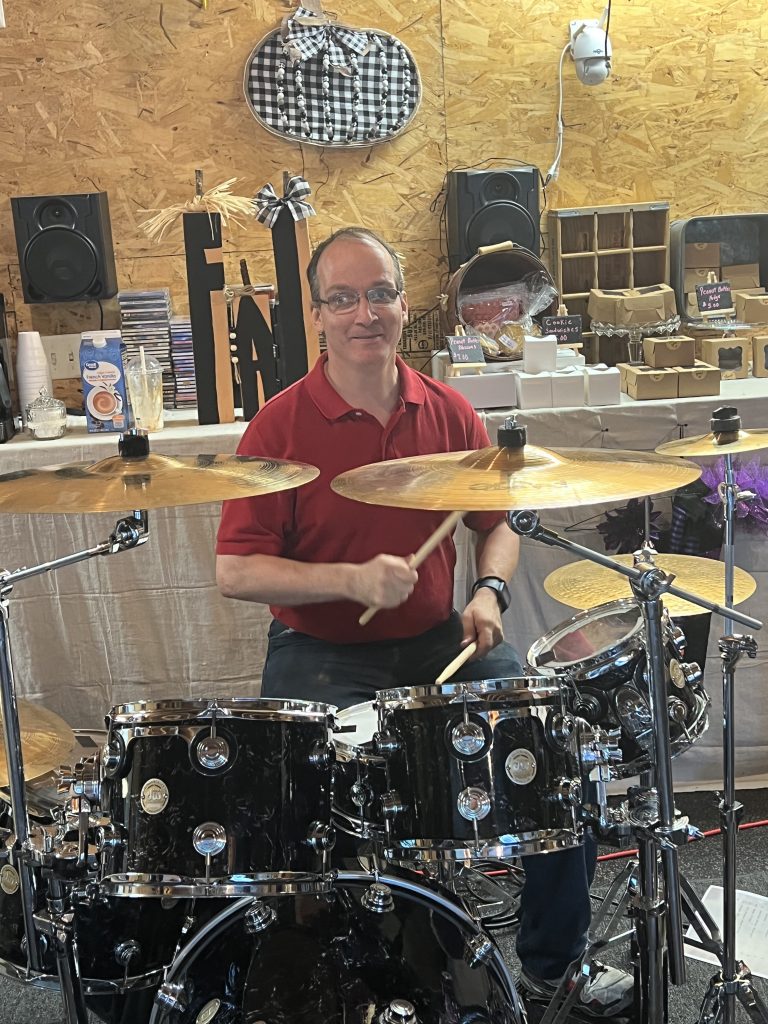