Miller School of Music Band Twitter Band instagram
I’ve been playing drums since I was 15, got my degree in music a few years after and played in many original and cover bands since then including doing the wedding/function circuit for over 3 years.
I play in The Ronains, a 4 piece new wave rock band based in Glasgow and have done for the past 4 years. The band consists of Debi – lead vocals, Jim – bass, LP – guitar and myself pounding on the drums. The band has seen a few line up changes since the beginning and we unfortunately also lost our guitarist Shaun 2 years ago who is sadly missed everyday.
The Ronains have been quite successful with recently have a number 1 hit in the iTunes & Amazon rock charts to playing some of finest venues in Scotland and beyond including a sold out shows at the O2 ABC Glasgow, King Tuts & The famous Barrowland Ballroom, toured the East Coast of America twice playing shows in New York, Baltimore, New Jersey & the famous Fire in Philadelphia. The Ronains debut album was produced, recorded & mastered by Gordy Goudie of Simple Minds & Echo and the Bunnymen. We have supported the likes of The Hoosiers, Jake Bugg & Gerry Cinnamon to name but a few. The Ronains are endorsed by Natal Drums, Blackstar Amps, Vocalzone & also sponsored by drinks company Dragon Soop.

I play 5A’s
My favourite thing about Collision sticks are they feel so light and smooth in my hands. Also the drum community they have built is on another level, they want you to succeed and provide you with so much information and tools to do it.
I would highly recommend Collison drumsticks, in fact I already have to my drum students, perfect matched pair every time. 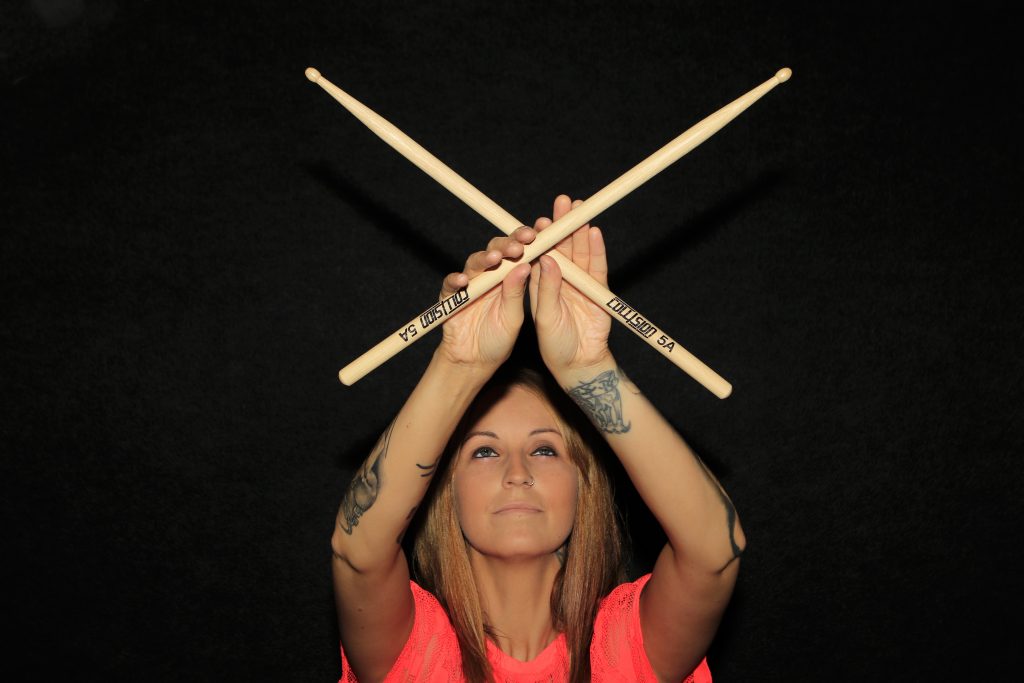