Louis is 21 years of age and has been playing drums for as long as he can remember, following in his fathers footsteps. In June 2020 he successfully graduated from BIMM London. During his time there he managed to experience playing with Steve Jordan in a masterclass he attended. He also was asked to be part of the band that would play for Kirsten Joy (Clean Bandit) during the masterclass she ran for the students at BIMM.

He plays for the Indie Rock band WHARF and is a session drummer for artists such as Havelock, Morten Lava, Hugo Cottu and Nathan Harrison.

The band WHARF is Louis’ main project and is made up of himself and 3 others members. With all of them based in and around London, they have had the chance to play at many venues all across the city, most recently selling out the 200 capacity venue ‘The Water Rats’ (Kings Cross) for the release of their debut EP.

Being an active session drummer has given Louis the privilege of playing for various different artists at a host of venues across London, such as 02 Shepherds Bush Empire, 02 Islington, 229, Under The Bridge and Dingwalls.

Whilst spending lots of time playing live, Louis has also had the opportunity to be part of many different types of recording sessions, having the pleasure of recording in studios such as Abbey Road, Air Studios and MaidaVale Studios.
Louis continues to grow with his band and artists, pushing himself to new levels in the hope of having a long successful career as a musician.

My perfect pair is the Collision 5A’s and I have to say they have completely blown me away. As a brand Collision is up there with the best, it is a great community filled with people who make you feel part of this ever growing family, a family that I just really wanted to be a part of. They are always there for you whenever you are in need, listening to whatever you have to say. As soon as I picked up a pair of Collision Drumsticks it felt so natural, it felt like home. They are extremely durable and allow me to be as free as I want on the kit. Collision take the time to support all their artists, and I can’t wait to see where my time with them will take me in the years to come. 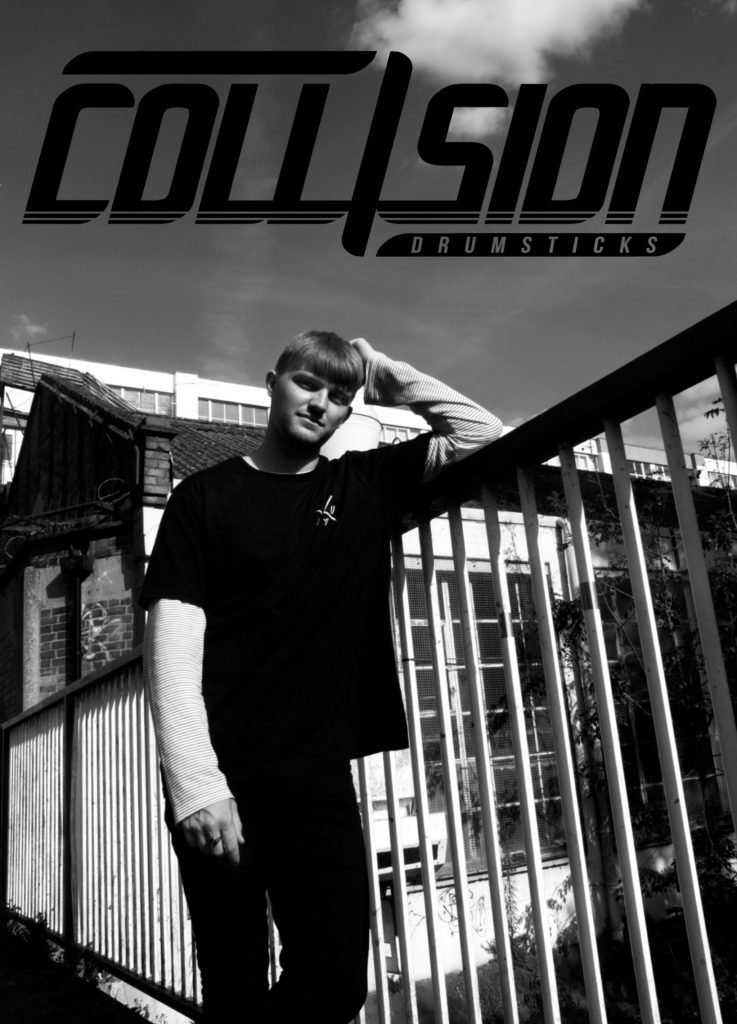