Visit Band Page
I’ve been playing drums since I was 17 years old. That was always my dream, to be a drummer. I started as a self-taught drummer – using only a couch and pillows to learn – and improved over 20 years of playing.
My first band was a Rage Against the Machine cover band, where I learned a lot about being a drummer and being a musician. Years later I formed a classic Rock n’ Roll band called “The Livery’s”, we played a lot in the music scene in my city (Recife), even playing in major venues such as “Marco Zero” and “Praça do Arsenal”.
4 years ago, I took over the drums of the band Amperes, a hard rock and blues band. Amperes is a band very present in the underground scene of Recife, having already played in the carnival poles and also in the main houses such as “Burburinho”, “Zero Um”, Etc. And currently we are on the stages of the underground scene doing good old Rock n’ Roll.

I use Collision 5BR. I love the weight of these drumsticks and the durability is incredible. And I strongly recommend Collision because in addition to the drumsticks being excellent, the team (sales, marketing) is great! These guys are so thoughtful and caring, they are the best! 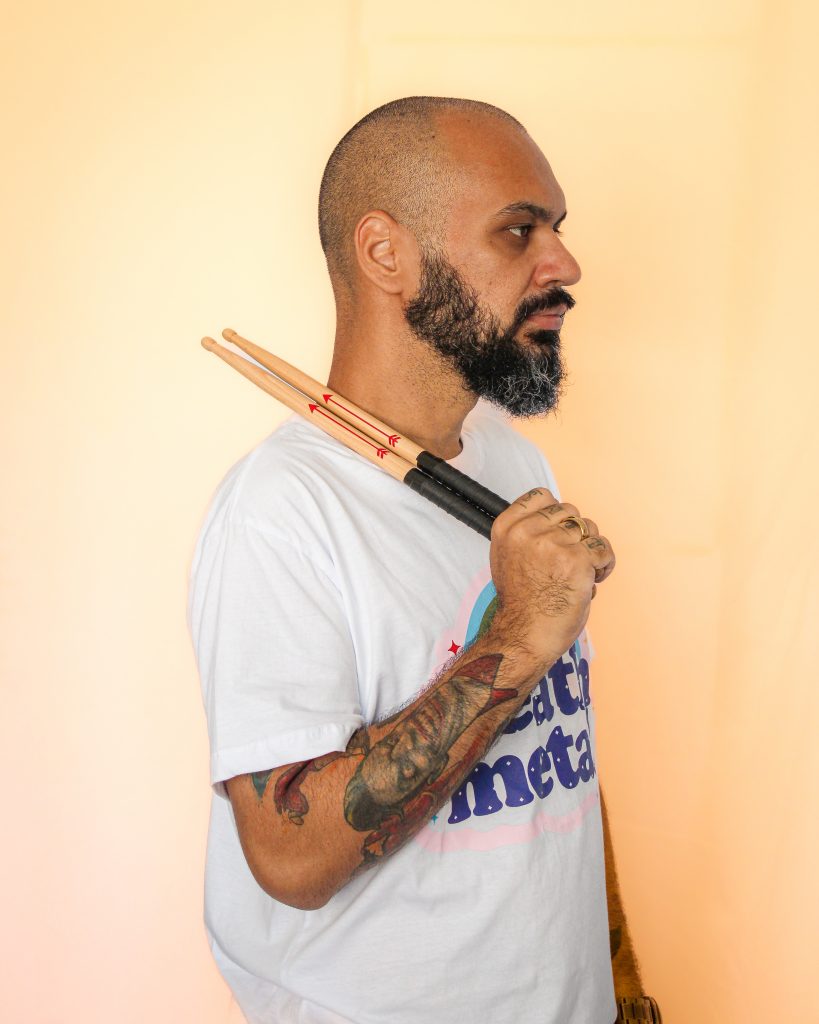