Visit Instagram Page
Hi, I’m Luke Alford and I’m a drummer from Dublin Ireland. I play in an Alt-Rock three piece band called “Ragerra” and we have just released our debut album “Primal Features” in June 2021.
Ragerra is made up of Myself on drums, Mark Boyle (Guitar, Vocals) and Barry Monahan (Bass, Keys, Vocals)
I have been playing drums for over 10 years now and in that time have gained a lot of gigging and recording experience during time spent playing with bands and throughout college. I completed a diploma course in Contemporary Music Performance in BCFE Dublin. While I was there I got picked to go to Germany to take part in an International Music Camp with musicians from other colleges around Europe and the US.
I have played in Ragerra for over two years now and in that time we have released an EP, Album and multiple singles and we have played gigs across Ireland in venues like Whelans, The Workmans Club and at festivals such as Playing Fields and some shows in the UK

I play the Collision 5A Standard sticks and I love them. I have never had a pair of drumsticks last as long as these ones and I love how comfortable they are to play, the weight and finish are perfect.
My favorite things about Collision is being part of the Collision Drumsticks Community. Everyone is so encouraging. Carlton and the whole team involved is so accommodating and welcoming from the get go and they haven’t let up since.
I’m very proud to play Collision Drumsticks and I would recommend to any drummer/ percussionist to try them for themselves and see how amazing they are 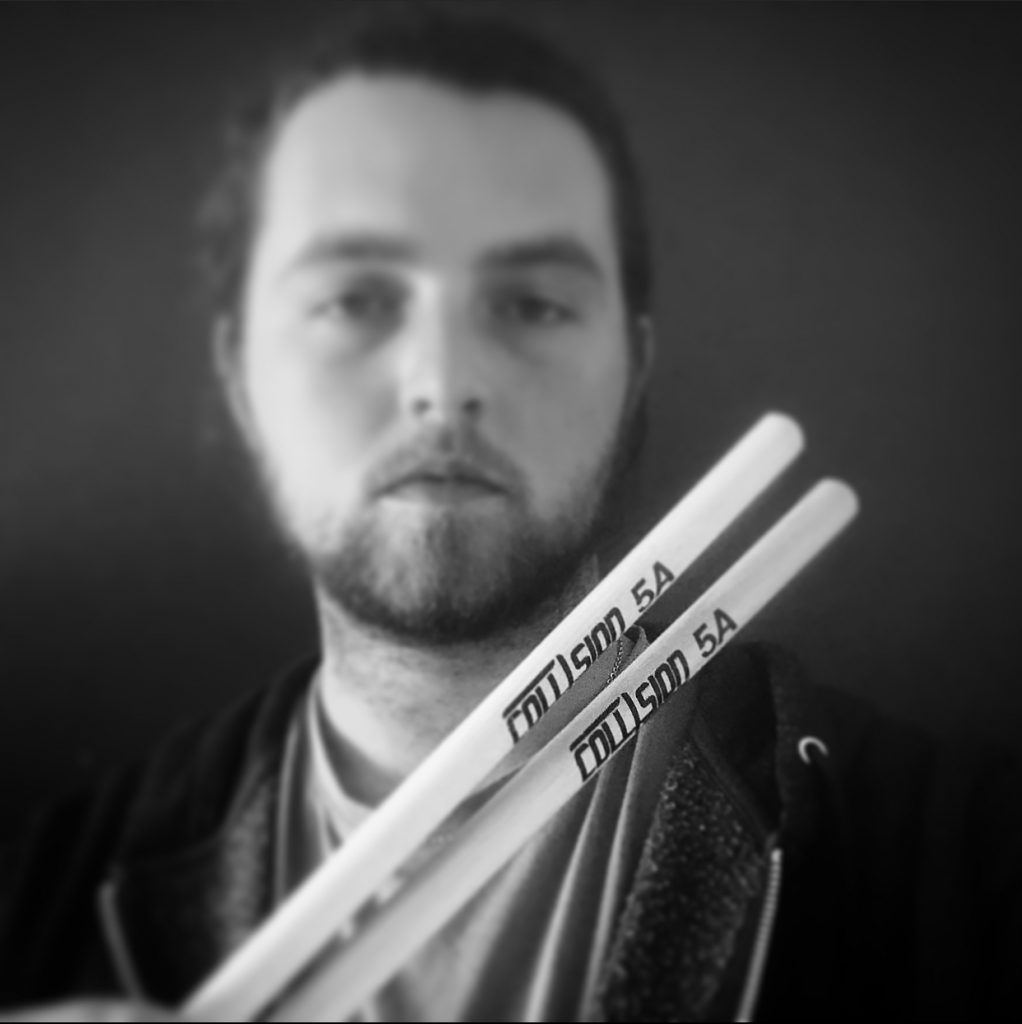