Marquis Faison fondly recalls his first encounter with the drums at five years old: it was a rusty, weatherworn, falling-apart kit in the back yard of a church member’s house. He remembers grabbing two near by twigs and going for blood on that terrible-sounding kit. He knew right then and there, from the way his heart pounded and the grin on his face, that he was in love. Though church needs and area demands would lead him to the keyboard, he would continue to foster an undying passion for the drums, which brought him back to them in middle school. From there, Marquis played around the American northeast and down the coast in jazz bands, marching bands, concert and symphonic bands, and church bands throughout middle school, high school, and college.

Marquis’ enlistment in the US Air Force opened even more doors, enabling him to travel to Japan, Greece, Qatar, Italy, England, Ireland, and Germany, as well as Texas, Washington, Arizona, Nebraska, Las Vegas, and Georgia conducting clinics and performing in various services and concerts. During this time, Prophetic Sound Productions, a Christian music and media production company, was founded by Marquis and his wife. Through this company, Marquis provided more than 3K hours of music instruction not just in drums and percussion, but piano, organ, and voice. His experiences developed within him a love for teaching and training, and when his military service was done, he pursued a teaching career and continued to influence and empower upcoming music lovers.

Having relocated to Houston, TX, Marquis has turned his attention to music full time; he now creates fun and engaging instrumentals and instructional videos, and conducts voice lessons. He is endorsed by Soultone Cymbals. He also serves as a musician and worship leader at local houses of worship.

I play the 5A and 5AR sticks from Collision. I absolutely love the feel of the sticks. They are light, but they are not flimsy. They are sturdy, but not bulky or heavy. They feel wider than other 5A’s I’ve played with, but I like it because I don’t feel like I’m going to snap them. They are very durable.  I love that extra bit of reach the 5AR gives me. Definitely comes in handy when doing live performances with lots of pieces, some of which have to be placed further away. 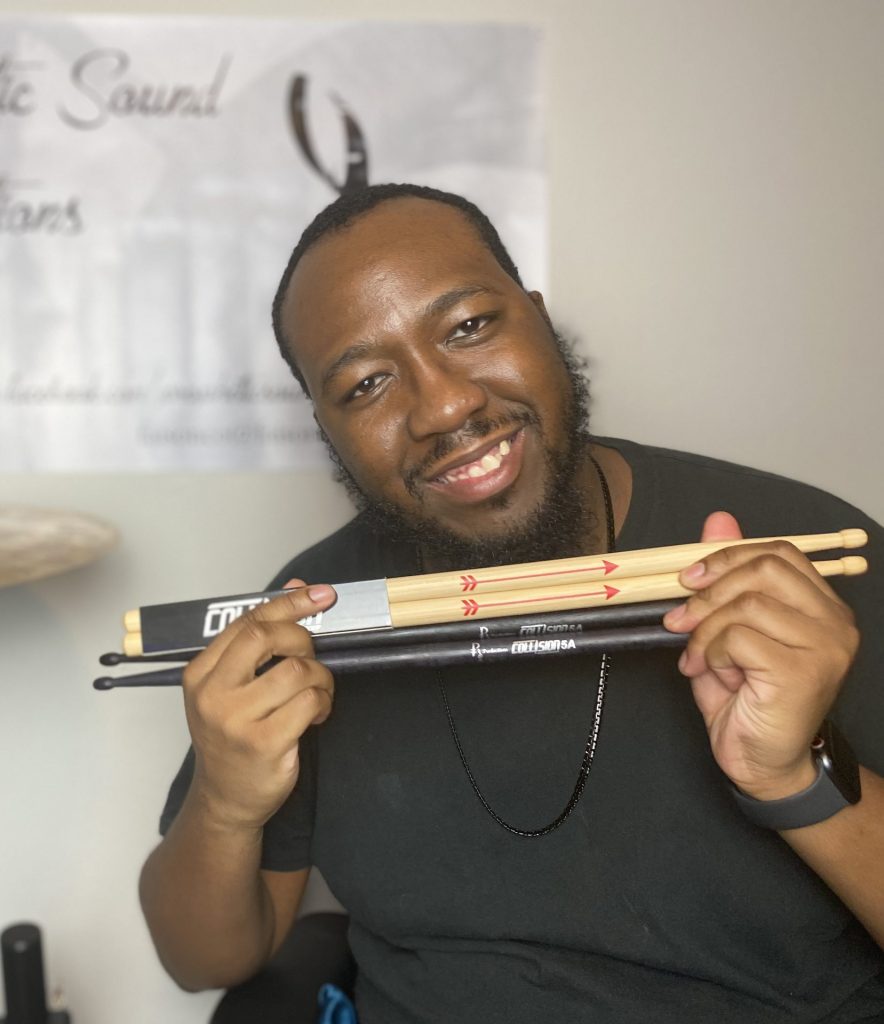