Mike has been playing drums for nearly 30 years.  A self-taught drummer, he is one of the most versatile drummers in the Midwest.  Not only has Mike recorded and toured with numerous original projects including Brian Jones, William Elliott Whitmore, Hallways of Always and Dope Walker, but he has been a desired session drummer for numerous acts over the past decade.  Currently, Mike is the drummer for one of the Midwest’s most popular cover bands, The Pork Tornadoes.  Headlining huge festivals all around the Midwest and selling out music venues and theaters, this band is anything but your typical cover band.  Mike’s steady, energetic and rock-infused drumming style gives this pop cover band a contagious edge to it’s sound.  He also is the driving force behind the band’s social media and video content.  Taking the band to new heights with over 90,000 social media fans world-wide and more than 13 million views on the band’s videos, Mike is the guy to talk to when it comes to perfecting a social media brand and getting it out into the world.  He is always heard saying, “Don’t worry about being the best drummer.  Put your focus into being irreplaceable.”

I currently play 5A.  These sticks are not only weighted perfectly for my playing and style, but they are comfortable.  Like a warm blanket from the dryer, once they get in your hands, you never want to put them down.  I have only been using these sticks for a year, but it feels like I have used them my whole life.  That is how perfect they are.  My favorite thing about the Collision brand is the family atmosphere.  Having built a band and brand from the ground floor up to one of the most popular cover band’s in the US, I feel a similar vibe with Collision.  They have grown because they good at what they do, but they have made it a mission to stay humble and continue with the artist development and support.  This is admirable and something I want to rep and be a part of forever.   All of the things above and so much more are why I would 100% recommend trying this brand NOW! 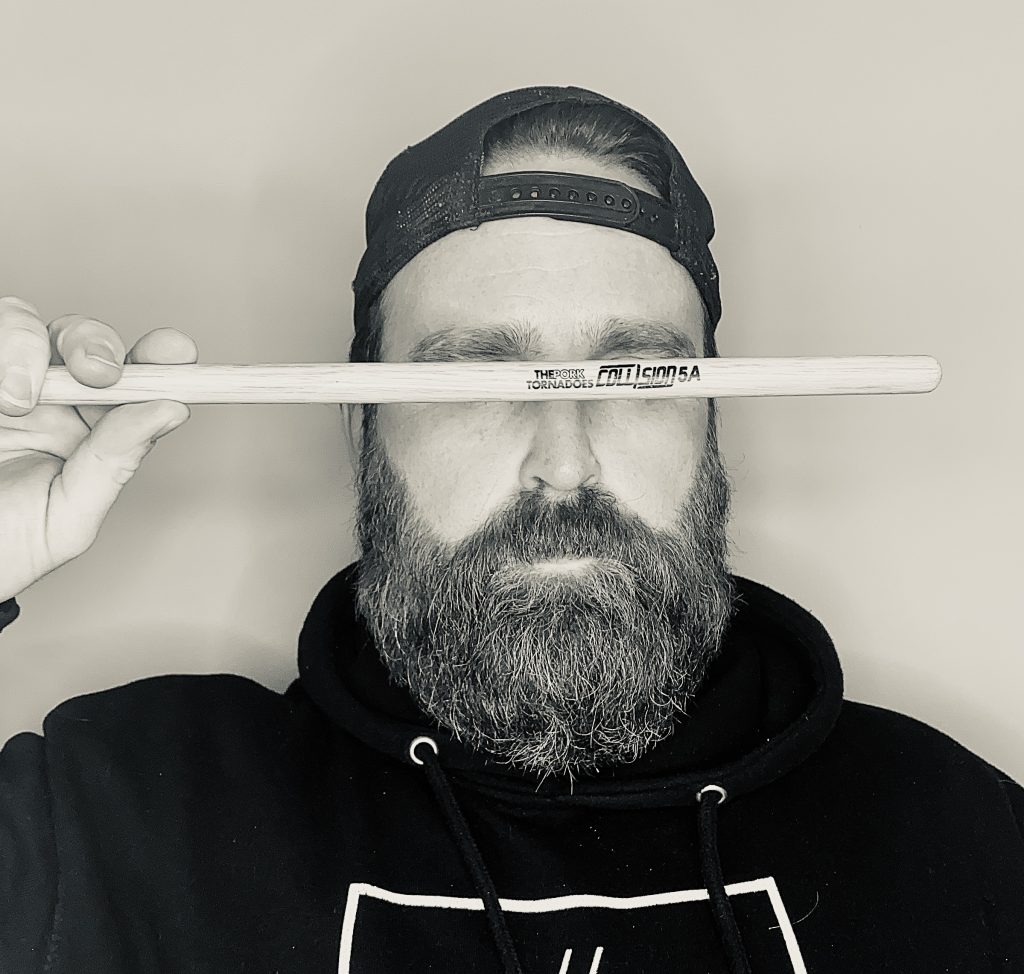