I started playing drums in grade 5 in the percussion school band. from there I had a few drum kit lessons and played every day (even at 7:00 in the morning where I got a lot of complaints from our neighbours).

I joined a few bands in high school but nothing serious. I did a carpentry apprenticeship in school and after, but all I could think about was some day playing around the world in a band. I found my brothers from between kings in 2013 through an online ad. The three boys Nic, Jayden and Jordan all met at uni and I was the last addition to create the between kings sound.

In 2018 we toured around Australia and New Zealand with the legends from escape the fate. We then headlined at the triffId in Brisbane to 300 people. since then, we have made our way all over Australia playing our music.

I play a 5B. My favourite thing about Collision is how they interact with their artist and spend the time talking to the artists and making sure they are all sorted and how they even help out the small guys. I would recommend collision because I do believe they have the best drum sticks on the market. 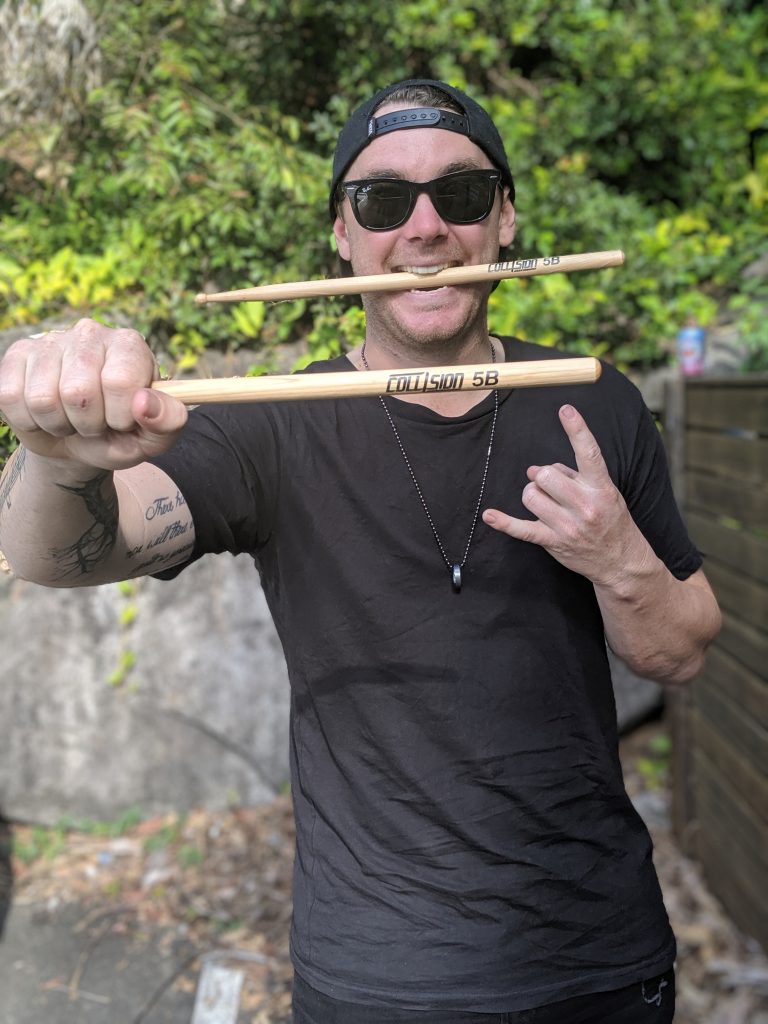