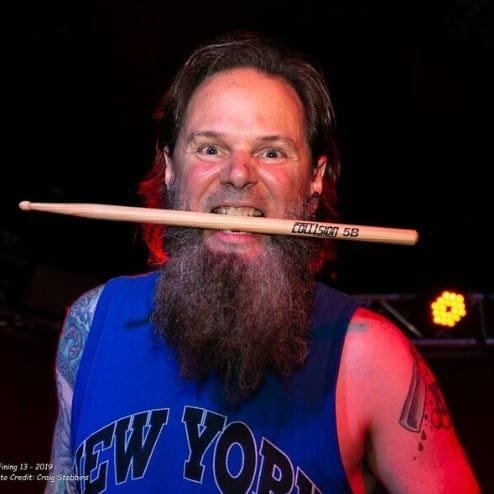 Greetings all! I am Pat, drummer of the band Defining 13. I have been drumming for over 30 years and look forward to many more. My band has been quite busy the past 4 years. We are a 3 piece consisting of guitar/lead vocals, bassist and drums.

We released a self titled EP in 2017 and have also released a number of singles during 2019. The past 4 years have been busy, playing numerous shows in our home town, New York, Pennsylvania, and New Jersey with some great bands such as Doyle, Texas Hippie Coalition, Krash Karma and others. In the fall of 2019 we head cross country to Los Angeles, California for a tour. We will be playing at The Rainbow and Whisky A-G0-G0 among other area clubs. Besides endorsing Collision Drumsticks I also endorse Soultone Cymbals and an artist of MBM Music llc. Thank you!!

I play Collision Drumsticks 5B Standards. They fit my hard hitting style perfectly!

My favorite things about the Collision brand is the superior durability of the sticks and great customer service. I would highly recommend collision sticks, especially if you are a powerful hard hitter! They really do hold up to the punishment I give them. 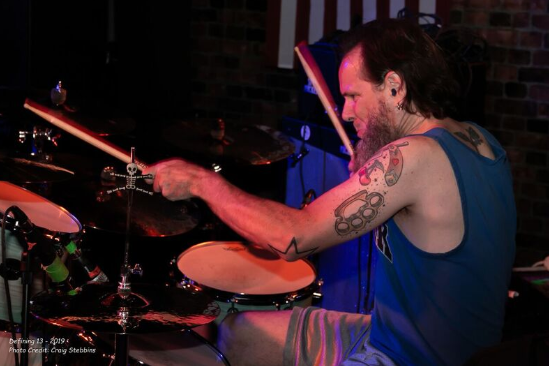 While these Cortland County cats have performed throughout New York State area, their ambitious nature has their sights already locked on playing other venues/festivals along the east coast (recently booking gigs in Atlantic City New Jersey) as well as work their musical magic at locations out on the west coast…which I have absolutely no doubt that these three artists/close friends will do whatever it takes to materialize this journey. Defining 13 has shared stages with acts such as Krash Karma, Vajra, Kellen Heller and the imfamous Texas Hippy Coalition to name just a few. My advice to all reading this review is simple: If Defining 13 comes to a venue/festival near you, it’s in your best interest to purchase tickets immediately as they’ll sell out shortly after announced!