Greetings! My name is Paul Anthony and I have been playing drums since I was 8 years old. I started to take lessons with Patrick Marcinko III and he taught all the mechanics of drumming. My High School, Western Wayne High School under the direction of Elaine Ort, I started to get into drumming more as I got more involved in the high school music program. I was in Jazz Band, Marching Band, and concert band.  I started to get very serious with drumming so I needed someone to help push me more. So looked for another teacher who can take me even further. That Teacher is named David Tepper. I’m still currently studying with him. He taught all aspects of drumming/percussion and how to work as a drummer. His teachings to this very day help me in any work I do as a drummer. He helped me prepare me to get into University of the Arts in Philadelphia. College started and I got humbled a lot in my first year. I realized I had to work even harder to achieve what I wanted.

My first instructor was Marc Dicciani at UArts. He revamped my playing and how I approached drumming all together. It helped me so much to this very day. Then I began to study with Jason Gianni and this is where my focus started to skyrocket. He caught me about classical playing, jazz, latin, rock, progressive rock,oddtime, and so much more. His experience alone helped me achieve more. My senior year in college I still studied with Jason but I also took lessons with Rob Brosh. We got into the Gary Chaffee systems which even revamped my playing even more. I’m forever grateful for these amazing teachers on my journey.

After graduating college I joined the band called Sage Clearing. The curry lineup is Brad Commeau, Keygan Bodman, Evan Jaffee, and myself. This band was a slow process to form and push. But once we started to push more things began to fall into place. Our biggest show “The Emerald Ballroom” in Narrowsburg NY helped set things in motion. We were getting booked left and right but COVID-19 hit and shut things down. So I was faced with some decisions. The band had meetings and we decided to do Livestream shows instead. From that decision and from adapting, the band got tighter and generated buzz. By Summer, we got booked like crazy. Played every weekend up until December. Then they shutdown the area again for Christmas and New Years. We still adapted after that and it made us get more shows. We started to play at Morrissey’s Roadhouse and have a gigs books there up until December. We are the house band of that place and it rocks! We also have lots of new projects taking place in the studio so stay tuned!

The other band I’m in “The Rock Gods” was formed by Jay Orrell and myself. The band consists of Jay Orrell, Mike Senatore, and myself.  We play lots of 80s music but are not afraid to venture out. As we say, “If it rocks…we will play it.” Our first show at Morrissey’s Roadhouse was very successful!  We have amazing things planned for this band and it’s only going to get bigger and better. It’s exciting! Stay tuned!

I play Collision 5AR drumsticks and sometimes Collision 7A Sticks for lighter gigs. My favorite thing about the Collision Brand is the sense of family in this company. CEO Carlton Banks made me feel like I’m apart of the family as soon as we chatted. I recommend these sticks because they because these sticks are so durable and they can withstand a beating. 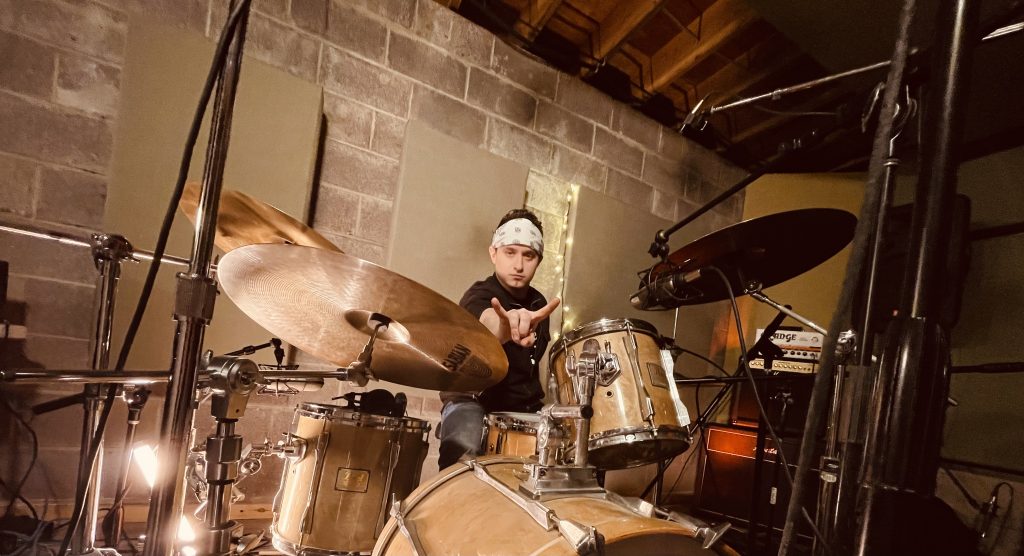