My beginnings were around 1994, I began playing drums at the age of 13. In that moment, I knew I was never going to stop. I started developing my drumming skills in the conservatory of Music “Augusto Braint” in 1996, by the hands of the teachers Patricio Arenas and José G. López. They taught me lessons and transmitted their knowledge by the symphony of the same teaching centre of which I get to perform instrument like Timpani, Drums, Cajon Flamenco and Percussion.
At the end of the Year 2000, I continued development in the Tecnologico de Música de Valencia (TMV); where I received class and workshops of professors and musician recognized as: Andrés Briceño, Carlos Romero, Alejandro Lamas among and others, to collaborate with renowned musicians such as Pianist Mickey Tedeski and Guitarist Freddy Marshall, then attended clinics taught by Orlando Poleo teachers, Andrés Briceño, Ivo Nunes, Nene Quintero, Luisito Quintero and some international clinics artists such as: Horacio “El Negro” Hernández, Robby Ameen, Frank Quintero, Akira Jimbo, Zoro, Jonathan Mover, Randy Ebright, Sonny Emmory, Paul Wertico, Mike Manginis.
In 2004, I went to live to the capital of the country, I worked on projects such as Nehbrid and Wannamaker, where I tried contemporary styles.
Currently, I’m playing and recording the 3rd album of Mind drillers, ‘Involution’.  Music and drumming is my life and I’m going to learn everything I can.

I’ve been playing Collision 5A Reach.
My favourite thing about Collision is that they support new artists and help with their journey; they are an amazing team with wonderful products. 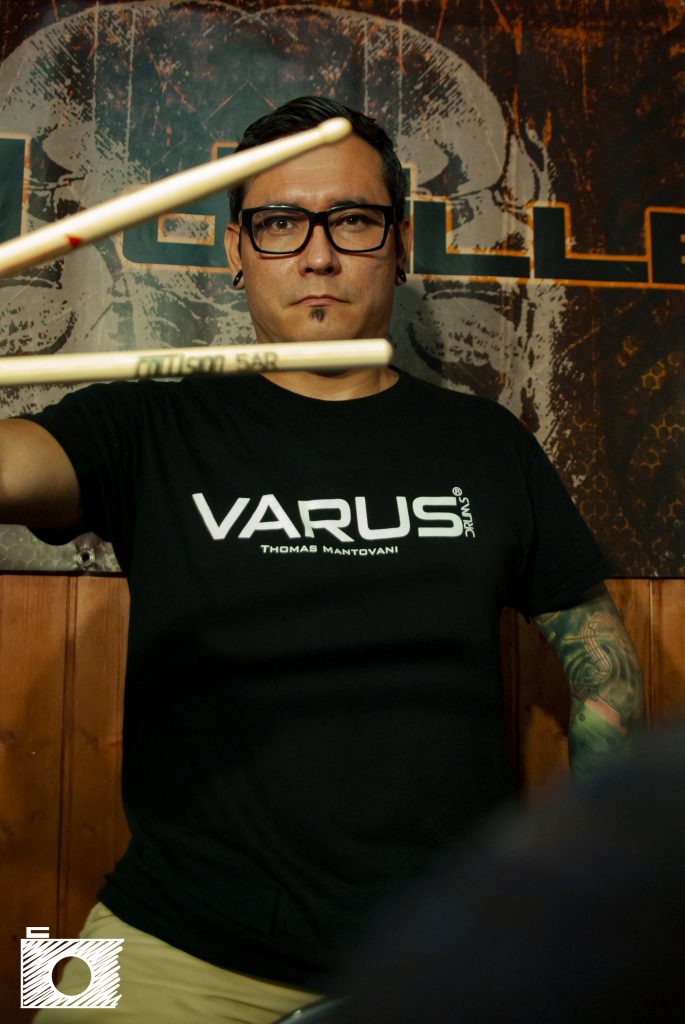