I started playing drums at age 11 and became a super-fan of the band Green Jelly around the same time.I played in many bands throughout school and got married at age 22 to my highschool sweetheart.Life got in the way and gigs remained a hobby until my 30’s.

Green Jello started in 1981, the same year I was born, and got signed to a major label in 1992.Kraft General Foods sued the band and forced them to change their name to Green Jelly, which they still hate. Two members left the band around that same time to form the band TOOL, Maynard James Keenan & Danny Carey.The band were then Nominated for a Grammy, recorded an EP with Hulk Hogan, toured the world many times, and were featured on film soundtracks like Dumb & Dumber, The Flintstones Movie, Son in Law, Maximum Carnage (SNES/GEN) and many more.

At this time, I was becoming obsessed with the band and later in 2012 I met them, became close friends, and began touring as their drummer. I have since produced/directed their DVD Documentary, it’s vinyl soundtrack, and several more singles/EPs.

I play 5B.  I like the durability first and foremost.

As a metal drummer I am rough on my sticks and these hold up, which is surprising for such a lightweight stick.  They grip my palm better than most and stay put during performances.

I would recommend these sticks to any drummer of any genre. 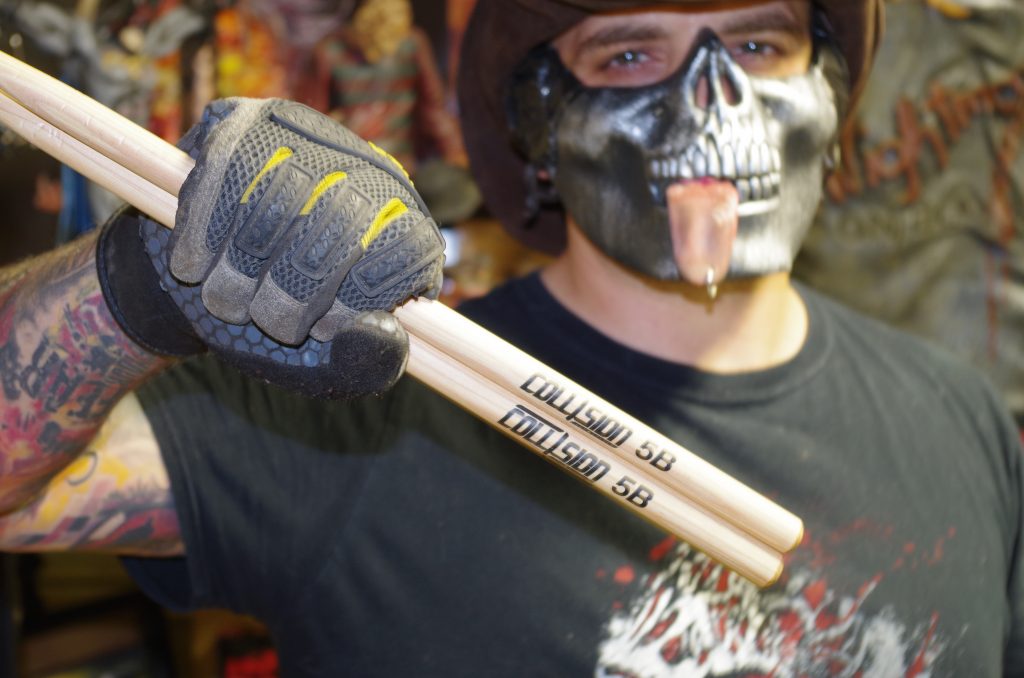