Born and raised in Southern California. My drumming sound originated from the Back yards of East Los Angeles. At the age of 15, I was privileged to have friends that shared the same love for drumming. These Friends became my teachers, by sharing music, bands and ideas that influenced into my early 20s. My Brother Andrew (Andy, Guitarist to Destruction Made Simple) was my biggest influence. Andrew and his bandmates encouraged me to perform and help me build a foundation for my style. I was fortunate to use these styles and play with several bands in the genres of Thrash, Punk, and Metal; but it wasn’t until I moved to Las Vegas that I found my true versatile sound. In 2007-2008 as the drummer of Haleamano, we grew and had great success in a short amount of time. I fell in love with Reggae. The Feel of it combined with double kicks and speedy rolls gave me my own identity as a drummer. After the collapse of the economy, I moved back to Los Angeles where I was offered a drumming position I could not refuse, Earning the nick name (Bob-O). Today you can find me drumming representing Soultone Cymbals as an endorser with Destruction Made Simple (Los Angeles Punk) and High Logic (Reggae).

Destruction Made Simple have established themselves as one of the most resilient punk bands in Southern California. Over the past decade DMS has shared many stages with a variety of great bands. Since Destruction Made Simple’s establishment in 2000, DMS has worked hard every year to produce an aggressive and in your face style. DMS have shared the stage with great bands such as Voodoo Glow Skulls, Sick of it All, Anti-Flag, Citizen Fish, NOFX, The Casualties, TSOL among others.  Socially conscious, and driven by the battles of everyday life, DMS plays for the love of music and for those who feel the same.

High Logic is a Cali Reggae Band established in 2019 from southern California. Originally formed as a cover band called Red Sun playing songs from Sublime, Pepper and others, High Logic was created from the mind of front man JaySun Mendoza. A Single dream of waking up one day to play reggae festivals and spreading positive vibe music the next. The Members come from many different background to make the sound that is High Logic. High Logic is currently working on a debut full length album due to release Fall 2020.

I play size 5A sticks.

My favorite thing about Collision brand is the Family environment and staff. I am happy to be apart and represent the good people of Collision.

I would recommend Collision Drumsticks because of the comfort and durability they bring to the artist. 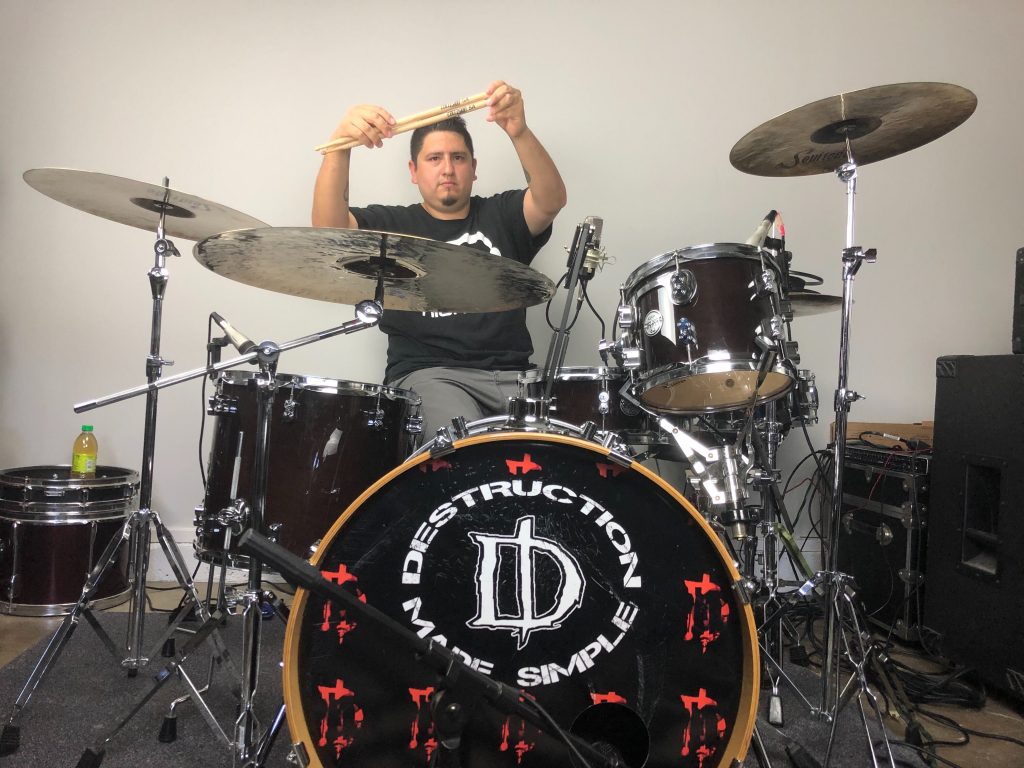