Madly in love with music from an early age, Samantha Tralongo began piano lessons at 12, moved on to the guitar, but then discovered her true passion in percussion.

Samantha began drumming at 19 and after several years of building the basics had the special opportunity to study in Caracas with instructor Richardo Chacin for 4 years.

In 2002 Sammy moved to Australia where she stayed for over 8 years. First in Sydney and then several more years in Melbourne, she joined Two Short, a 4 piece indie band. With them for 3 years, Sammy played on the group’s first EP, The Long Hard Look.

She earned  a degree in Sound Production and Engineering from SAE Institute of Melbourne.

In addition to the business of music, Samantha kept on drumming in various bands through the years, always with a slant toward classic rock, funk, and punk.  Revival and Summertime to mention few. In 2020 Samantha joined the studio band for “Sabado Sensacional”, a music show aired on Venezuelan TV. She is also  is currently working as recording engineer and producer for artist Zarik Medina’s fourth record “Zarikland”.

Morango is a cover band, founded in 2015 by Samantha Tralongo, that is dedicated to bring back in a special  journey the nostalgia of Disco, Funk, Soul and New Wave eras, encompassing 3 decades of music completely played live with interactive show of sound and lightning.The band line up is: Ingrid Bolivar on Lead Vocals, Elisa Conde on Keyboards, George Luna on Bsss and backing vocals, Samantha Tralongo on Drums and backing vocals and Mark Burwick on Guitar.

Samantha currently resides in Caracas, Venezuela and when not drumming or recording, she is helping animal shelters and charity organizations in their efforts.

She is currently endorsed by Soultone Cymbals.

The size of drumsticks I play is 5A.
The Collision brand is one of the best I have the privilege to use. The quality of the product is amazing. The feel, weight and balance are superb. All of this is  encompassed with a sturdy and durable finish. I do believe they are at the top 5 in the market next to the big brands. I believe it is a brand for the drummers and percussionists and the overall quality is unbeatable.
I would recommend Collision Drumsticks because it is simply the absolutely right thing to do. I have never encountered a company so driven to please and help the musician to achieve goals as true ambassadors of a superb brand. 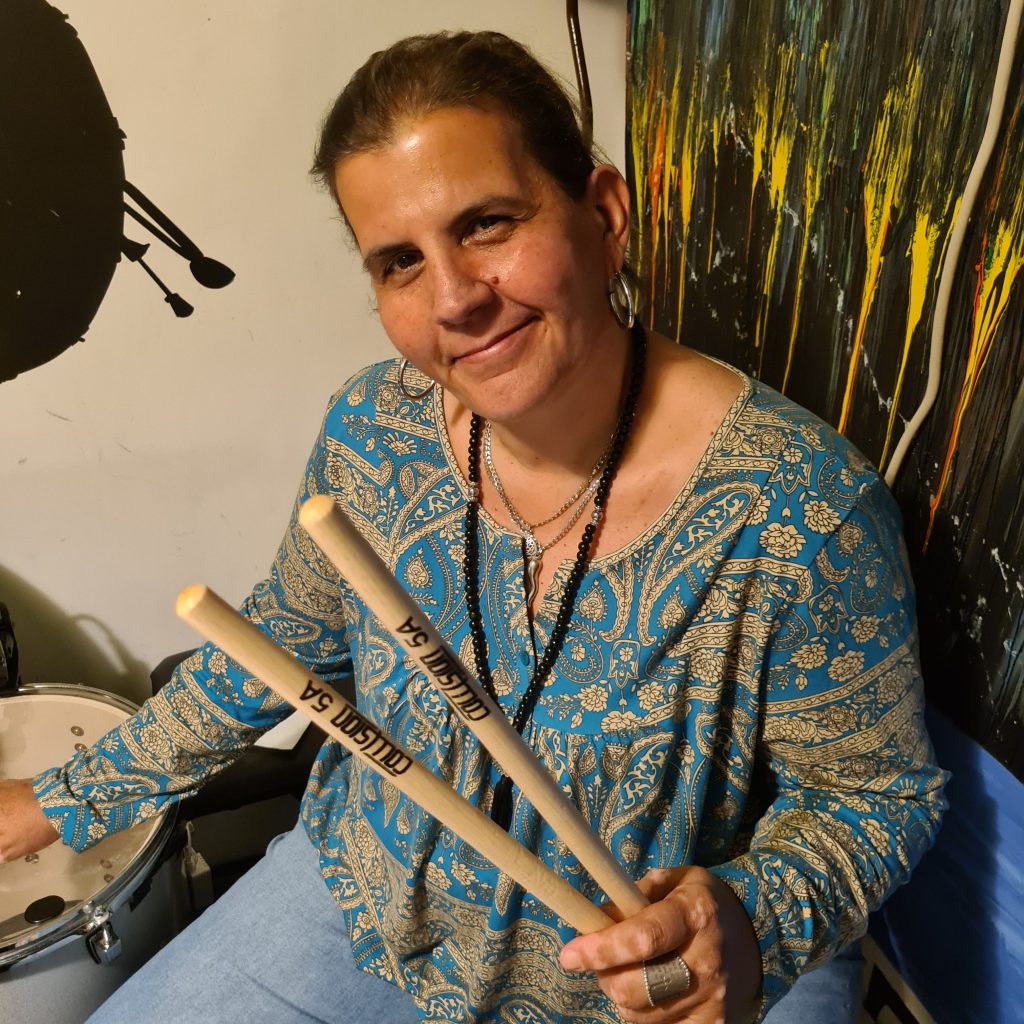