Ste began playing drums at the age of 14 heavily influenced by drummers such as Matt Sorum, Dave Grohl, Phil Rudd among others. At the age of 18 he bought his first acoustic drum kit, a standard Mapex unnamed series. After joining his first band he began playing regularly around Teesside, gaining a reputation as one of the hardest working drummers in the North East; playing for bands such as The Bryan Adams Experience, Crimson Skies, The Wainstones, The Clashed, The Rebellion, The Moondogs as well as various session/studio work.

I play the 5B Model. They fit my hands perfectly, last a very long time and are very consistent. I like Collision Drumsticks because they don’t over complicate things, they just make quality products that are built to last. If you’re serious about drumming, you need these in your bag. 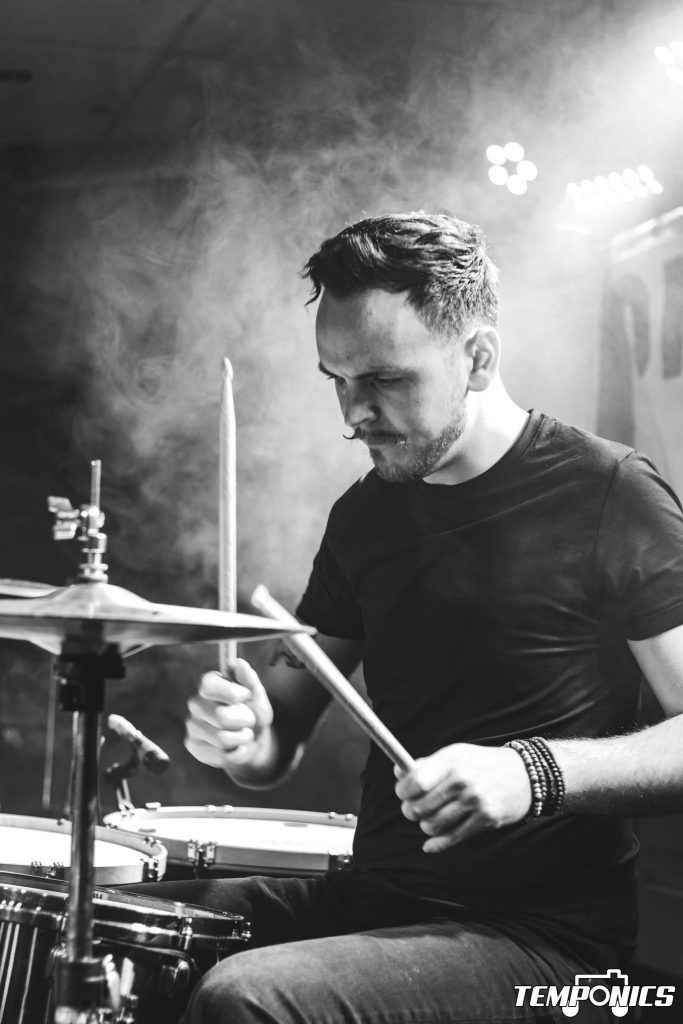