Steve Tashjian started playing drums at the age of 6 in the suburbs of Los Angeles. He began playing the local clubs of Pasadena by the age of 13. At 17 he began playing with Japanese blues guitarist Nobbie along with Mandrill bassist Wilfredo Wilson, playing national festivals and the local clubs on Sunset Blvd. He met OP guitarist Anthony Fesmire in 1998 while playing with University of La Verne Music Department Chair Reed Gratz and graduate alum Alex Martinez. Soon after, they were joined by OP bassist David Lockeretz. OP was formed, and as a member of the original trio, Steve recorded the drum tracks for the bands debut album, Pedestrian Crossing in 1999.
Next came a hiatus from the band, starting in 2000 as Steve pursued a degree in physical therapy and high performance sport. Steve has spent the past 20 years directing sports science and medical services for professional soccer teams in the US and Europe. He will serve as Head of Performance for the US Mens National Team at the upcoming 2022 World Cup in Qatar. During those years, he never stopped playing music, playing with San Diego gospel group Evangel and M.O.R.
During the COVID shut down in 2020, Steve used the year long break to build Bomb Shelter Beats Studio in Columbus, Ohio. It was during the shut down that Steve reconnected with Anthony and Dave to perform virtual performances of two original tracks from OP’s debut album, “Southern California Highway Song” and “Northern California Highway Song”. Recording remotely from the Bomb Shelter, he went on to record 4 more tracks for Anthony’s solo album Abandoned Places released in 2021. He currently plays for the gospel worship band at Vineyard Columbus Church in Columbus Ohio, Columbus gospel recording artist Nicholas Sherrod and other local Columbus artists. He continues to record remotely in addition to mixing, mastering and producing.

Collision 5A and 5B
I love the length, balance and durability of Collision Drumsticks. The standard 5A is longer than any 5A I have ever played with the weight being just slightly front heavy. That combination makes for a really well balanced drumstick that feels great moving around the kit. A drummer needs great feel and great tone. I recommend Collision Drumsticks because they give drummers both. 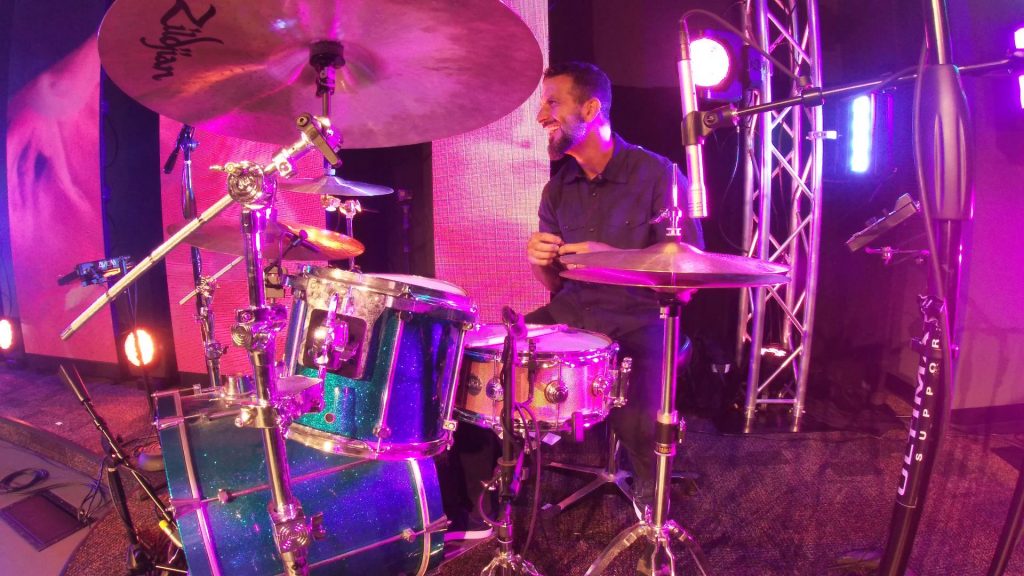