Stuart Catchpole is the drummer in UK-based indie rock band The Magic Es. In only 5 years The Magic Es have released 2 critically-acclaimed albums, 2 EPs and 6 singles. They’ve received radio play across the globe on 100s of stations and a mountain of enthusiastic reviews from the likes of KEXP, BBC Introducing, XS Noize, One On One Music and Amazing Radio. What’s all the more remarkable is that they’ve done this without the backing of any label; pure, hard work and a love for making and playing music. It’s hard to pigeon hole the band; they’ve been declared as “the best British rock band since Oasis” (Henry Lipput, cooldadmusic.com) while others, such as Don Valentine at I Don’t Hear A Single, compared their album Dead Star to The Stones and The Killers. Ultimately they’re a melodic rock band with pop sensibilities; memorable hooks and big choruses ooze out of every track. As well as releasing music at a remarkable rate they’re no slouches when it comes to performing. They’ve completed UK tours and can be found gigging up and down the country on a regular basis. Their blistering live performances have earned them UK tour supports with South Africa’s biggest-selling rock band The Parlotones as well as slots with Echobelly, Glass Caves, Pop Will Eat Itself and The Wedding Present. Stuart is endorsed by the Cambridge Drum Company Cambridge Kit and cites his influences as coming from the likes of Laurence (Loz) Colbert from Ride, Alan (Reni) Wren of The Stone Roses and Alan Leach of Shed 7.

I have been so impressed with my Collision drumsticks. I play 5BR and the everything about them is right, the feel in my hands, the balance and the reach. They are also durable and last a lot longer than other brands I have played. I truly believe that they are helping me to reach higher levels of playing ability and would thoroughly recommend them to all drummers out there regardless of age and ability. You will not be disappointed, these drumsticks rock! 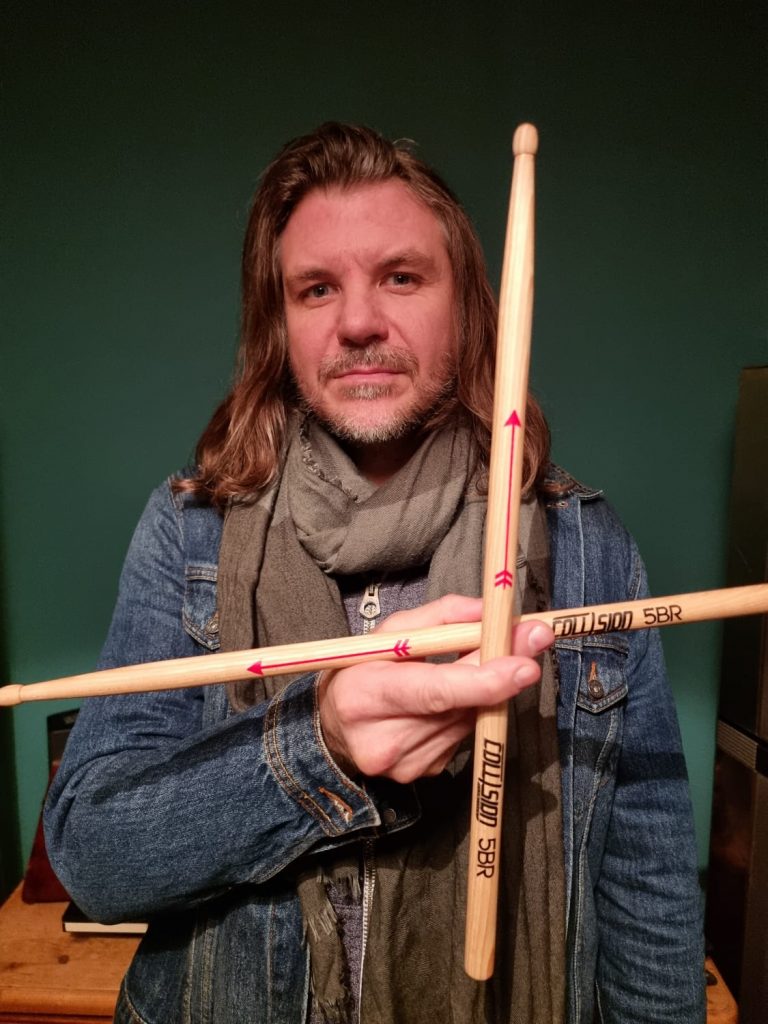