With over 30 years experience on the throne, Vito De Francesco is the powerhouse percussionist and driving force behind the progressive metal band Pyramid Theorem. His current set up includes an 11-piece DW drum kit with a vast array of Sabian cymbals. What’s he using to hit all that? Collision Model: 5A Drumsticks.

Pyramid Theorem is set to release its third LP on August 21, 2020. The album was produced by Richard Chycki (Rush, Aerosmith, Dream Theater) who challenged Vito and his bandmates to step outside of their comfort zone to achieve a record that they are incredibly proud of.

With influences like Neil Peart, Mike Portnoy, John Bonham and more modern players like Alex Bent and Blake Richardson. Vito hopes to inspire people around the world to pick up a pair of drumsticks and just play.

I play Collision drumsticks – Model: 5A

My favourite thing about Collision sticks is the fact that they last so much longer than any other stick I’ve ever played.  They are incredibly durable and feel great.

I would recommend Collision to any drummer out there based on the fact that they last long, feel great, and the team have been nothing but supportive. 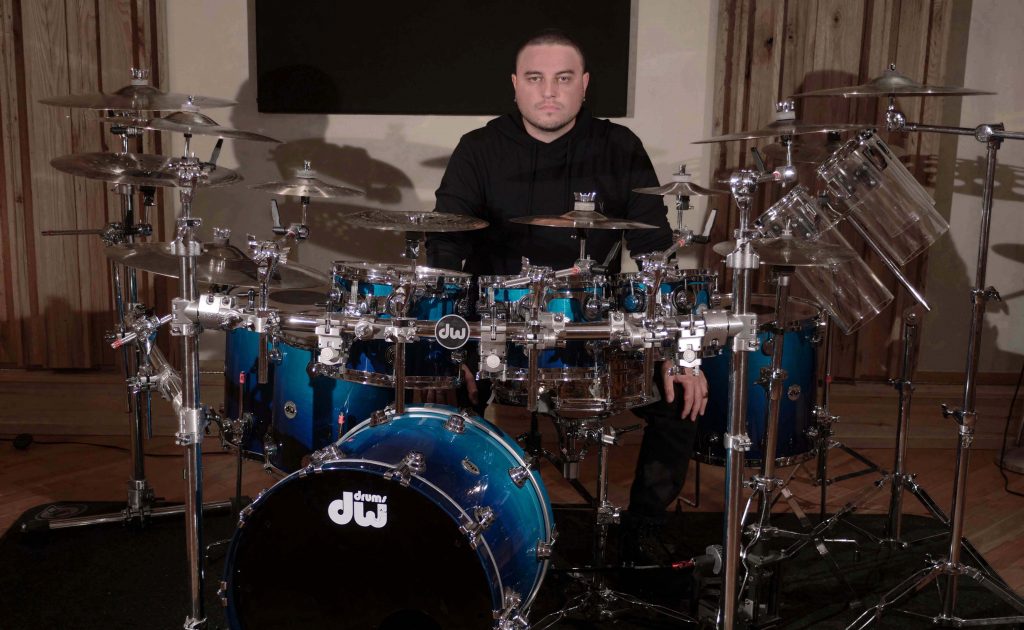