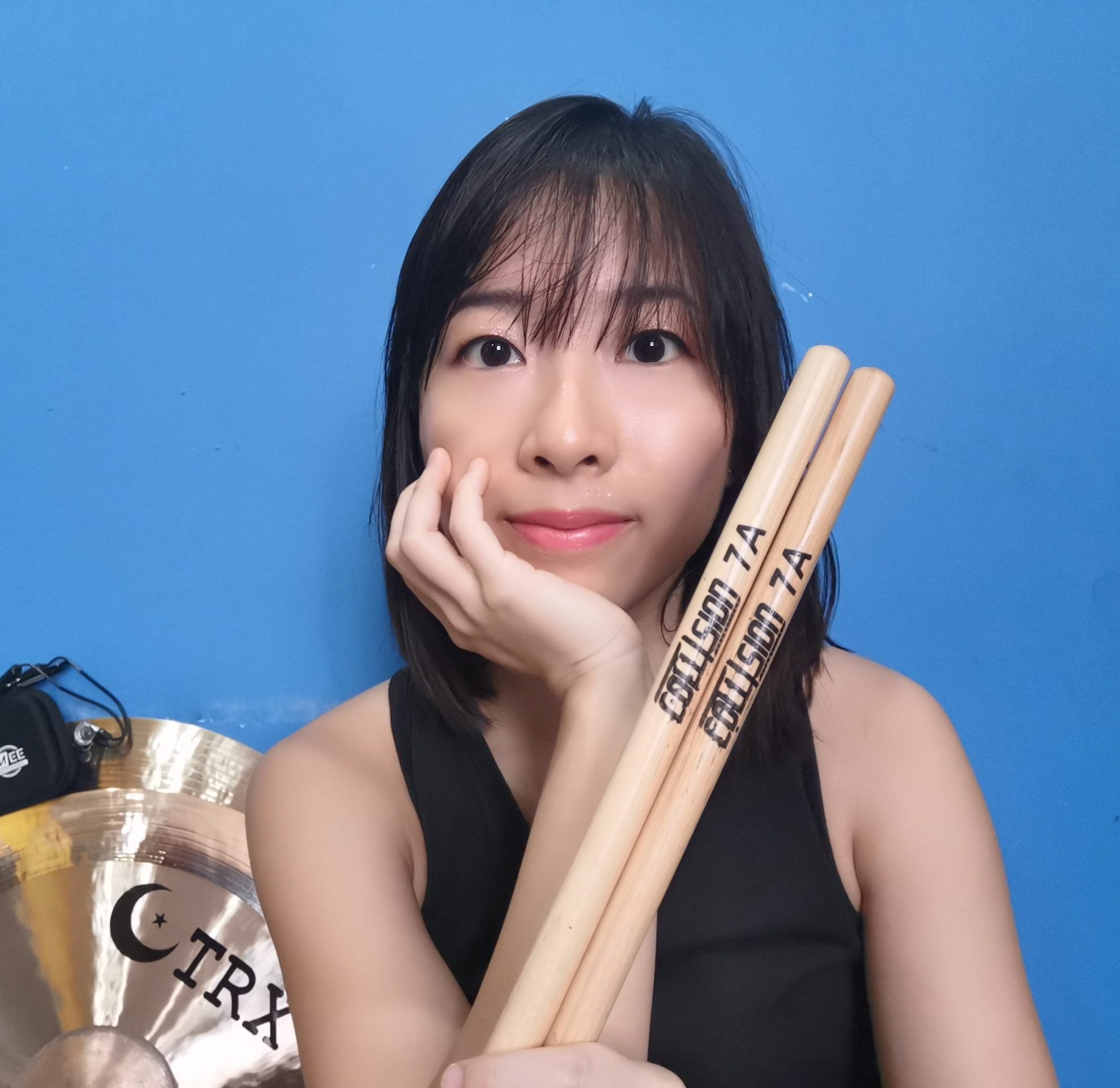 Hello everyone! I’m Winifred (a.k.a Wini or TinyWini), a female drummer based in Singapore. I’ve been playing the drums for 7 years, and studied drums as a private student at the Trinity College Music Examinations offered by London, in local music institutions. I’ve emerged as the finalist in the 2019 Hit Like a Girl competitions. Together with Collision Drumsticks, I’m also proud endorser of TRX cymbals, MEEaudio professional IEMs. These brands satisfy all my musical needs and are perfect for all the styles I play in. Thanks to their support, I have the opportunity to keep testing my limits.

I have been playing mostly Math Rock, Post Rock & Alt Rock (and some progressive rock). I have played in several bands in the past, and now I play for my mini band/unit called “AltoDuo” consisting of myself and another bassist in instrumental/math & postrock music. We have a unique yet different style (a bass and drum-centric tune) from other similar genre bands, where we are only focused on uploading our music into online streaming platforms, and we work with other collaborators e.g. guitarists/pianists etc once in a while. I would usually play the keyboard for my AltoDuo songs as well. In the meantime, I’m also with a relatively new band (un-named for now), where we would be focusing on instrumental jazz-rock/fusion, mathrock and postrock into our songs, hopefully releasing an album by 2021, and to be able to play in shows by next year. Check my instagram page out for more updates in the near future!

I also play for other cover bands once in a while with genres in Alt rock, Indie Rock and neo-soul/pop genres. I’m also involved in other projects with independent local & overseas artists and record labels where I track rock drums for them to be used in short films. I’m also currently in the top percussion crew, Urban Drum Crew, in Singapore.

I’m currently playing predominantly 7A standards, and sometimes 5As, depending on the genres I’m playing (mathrock, prog rock, alt rock etc, or percussion). What I love most about Collision drumsticks is their resistance, thickness and durability – they do not shred as fast (rim hits, drum hits or even cymbal hits). Secondly, they have an optimum thickness, weight distribution and length, which really trains up my wrist power/responses and helps improve my drum techniques! I like their texture and grip, I find that they don’t slip off easily and yet don’t blister my small fingers as easily as other sticks too. They move smoothly in my small hands and are perfectly balanced and grips are perfect. Lastly, I love is their quick responses and great customer service! 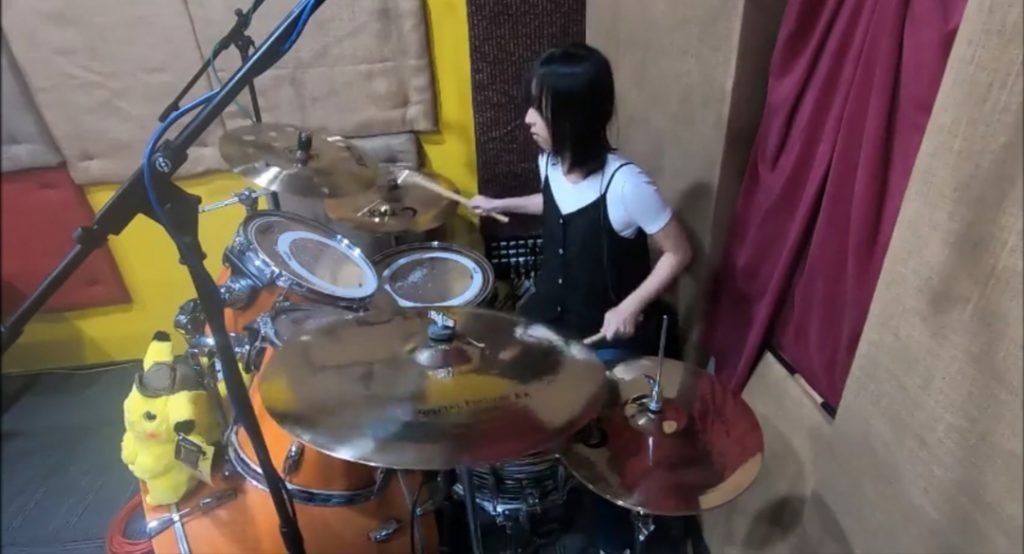 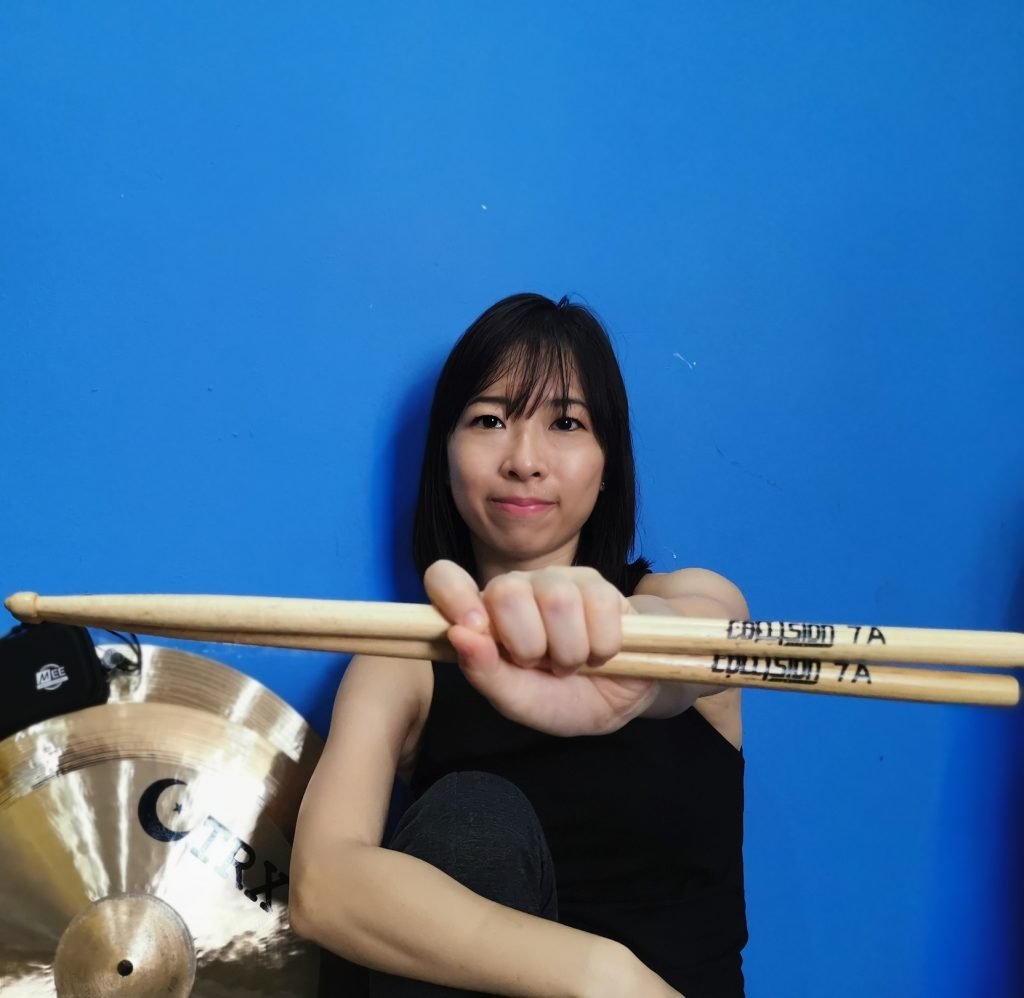