Zilla Hawkins is an American drummer from Denver, Colorado.  Hawkins started off playing the cello in his middle school orchestra and even went on to be the youngest member of an adult district orchestra at the age of 13.  After 3 years, he decided to start playing drums and soon discovered a new passion. As his love of the instrument grew, Hawkins began drumming full time, giving up the cello all together.  He began performing on stage with various bands at 16 and has continued to do so ever since.  Most notably, Zilla is the drummer for the band Stonewall Blvd, who made their debut in 2019. The band quickly began making a name for themselves, opening up and performing with such acts as Hed PE, Hieroglyphics, KRS-ONE, and Kottonmouth Kings.

Stonewall Blvd is an alternative collective ranging from genre’s such as Hip-Hop, Rock, Psycho Blues, and Punk.  Stemming from an idea shared between childhood friends Drummer Zilla Hawkins and Emcee/Bassist Avery J. whilst the latter was in the military. Stonewall BLVD became a full-fledged band in 2018 with the gain of Lyricist Dom Gordon, Lead Guitarist Shawn Lewis, and Rhythm Guitarist Alex Wheeler. The band stands with a philosophy of music being a community-oriented event. Creating an environment known as “The Block,” these musicians use their different taste in musical genres and diversity to create a sound that is distinct and inviting, yet in your face. The sound is unwavering, unrelenting, and unique. It’s a block, it’s a party, it’s a vibe.

I’ve been playing with Collision Drumsticks for over a year now and currently i’m using my own custom Collision sticks along with the 5B Reach and they are amazing and can definitely take a hit!

The customer service and genuine care you get from Collision Drumsticks is absolutely amazing and is hands down my favorite part about the Collision brand.

I highly recommend checking out Collision Drumsticks to everyone.  Not only are you getting great quality drumsticks you even have the option to create your own custom stick, which is insane!  The customer service they offer is top of the line as well because Collision actually cares about you. 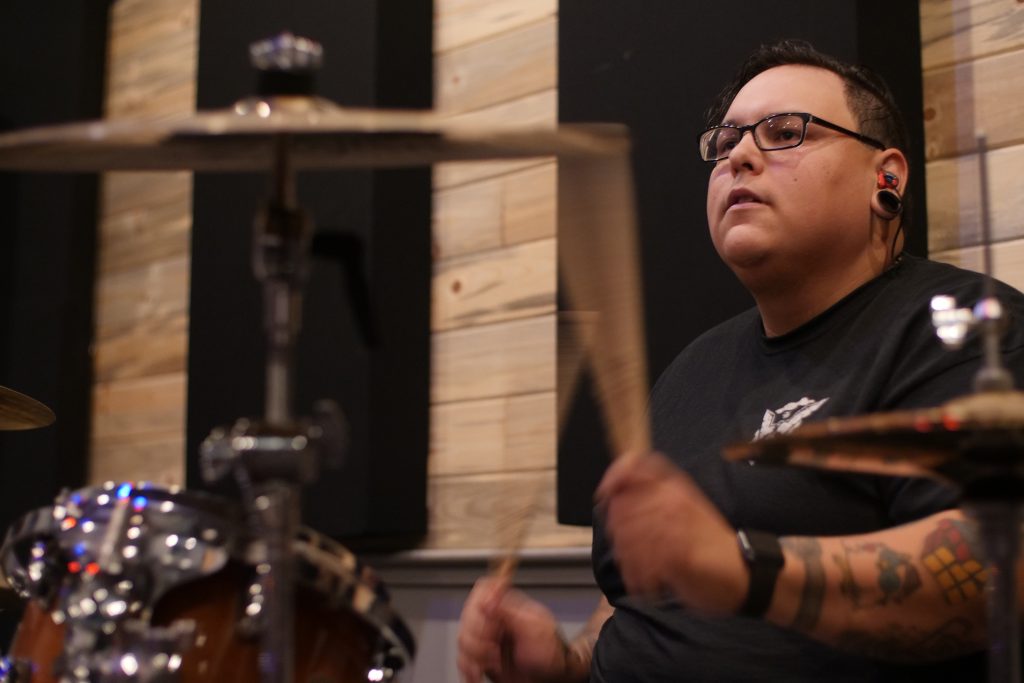