I was born in South Africa then moved to New Zealand where my love for music began and started learning piano and guitar at a young age. My love and passion for drumming became very apparent at the age of 12 where I started teaching myself at every opportunity I could before starting lessons a year later.
When I was 15, I was playing in numerous jazz bands and orchestras- playing drums and percussion parts, including tuned percussion. During my school years, I was a part of several rock bands and played percussion as a part of orchestras in numerous musicals.
At the age of 18, I then moved over to Australia and went on to play in a few different blues/rock bands, gigging around Queensland before heading overseas travelling for six months. On my return, I started playing for indie/ blues artist Jesse Taylor and played on his EP ‘I Found My Way’ before doing an EP release tour around Australia. One of the tracks ‘I Found My Way’ has been used for in various radio, TV and film including the Hollywood film ‘What They Had’.
After then moving to London (where I am now based) in 2015, my session drumming career has taken off and am currently performing with The Why Why Why (live set arrangement/backing tracks/samples) and Miranda Joy as well as previously performing with My Fiasco (Recorded debut EP- ‘Purpose’ released in 2019), Broken Bones Matilda and Eleni Drake at venues and festivals across the UK. As well as Collision Drumsticks, I am also proudly endorsed by Natal Drums and Istanbul Mehmet Cymbal

I currently play the 5AR drumstick. I originally chose to try this size as I wanted to test out a longer stick and was instantly hooked, it had great bounce and enabled me to have a much better grip while playing.
My favourite thing about the Collision brand is the durability of the sticks, yet still light to hold as well as each pair being perfectly matched so you’re not stuck with one being heavier than the other which helps with the overall comfort and playing around the kit.
I would definitely recommend Collision Drumsticks because of the balance and bounce they have as well as their durability – there’s not much more you could want in a drum stick! The team are so lovely, happy to help and have made me feel very welcome. 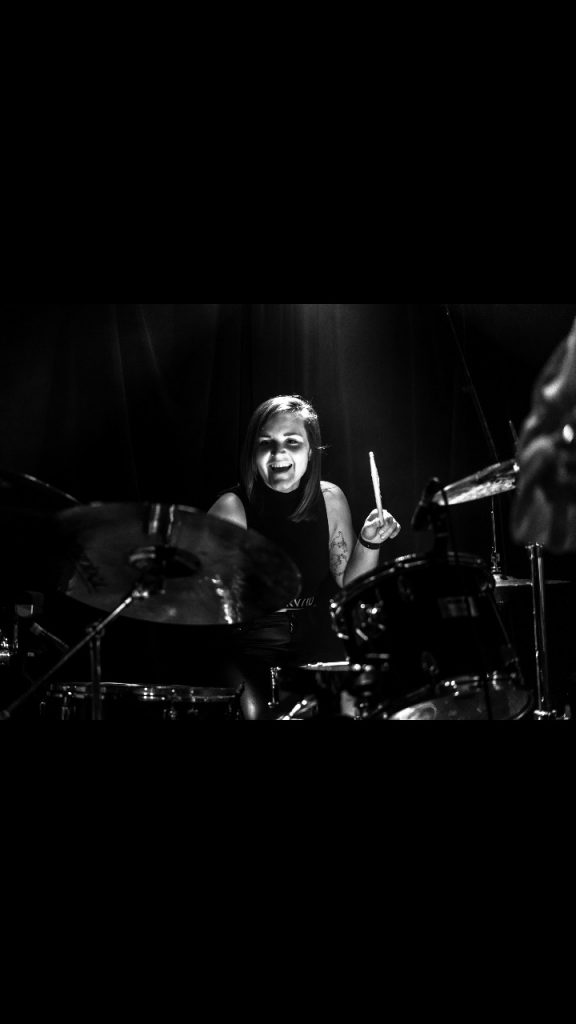