My drumming journey started in 1986 at the young age of 9 years old. Through school bands and private lessons, it was clear to me what path my life was to take. From 1997 into the present, I have been in around eight different bands, all the while working at improving my craft and learning how the industry works.
I joined up with friends of 25 years to form Wolftooth in 2017. We labeled the band as a retirement project, only aiming to do a few gigs a year and record a few songs. The band released a three song EP in 2018, which eventually turned out to be a full album to be released on Cursed Tongue Records. After a powerful showing at the SXSW Festival in Texas, Wolftooth got the call to open for several national acts such as: Black Label Society, Iced Earth, The Obsessed, and EyeHateGod. 2020 saw the release of our second album “Valhalla” and drew in the attention of the mighty Napalm Records, which we ended up signing with shortly after. During the pandemic, we had a lot of time to write and record our 3rd album “Blood & Iron” which released in late 2021 on Napalm.
The guys in the band are all metal scene veterans and we have an incredible chemistry. What started out as us bowing out of the band life has turned into a whirlwind of major happenings for all of us personally and professionally. Next for the band is getting back to touring and churning out new ideas for future releases.

I am playing the 5B Reach model. Collision as a company offers a feeling of comfort in the way they deal with their artists. Taking their time and the way they communicate with each drummer individually really stands out to me and is something I want to be a part of for a very long time. What hooked me about the sticks was the length that complimented the solid 5B thickness. For me, this allows me to maintain a full grip on the stick and have a great center of balance so i can rip my way around the kit harder and faster. 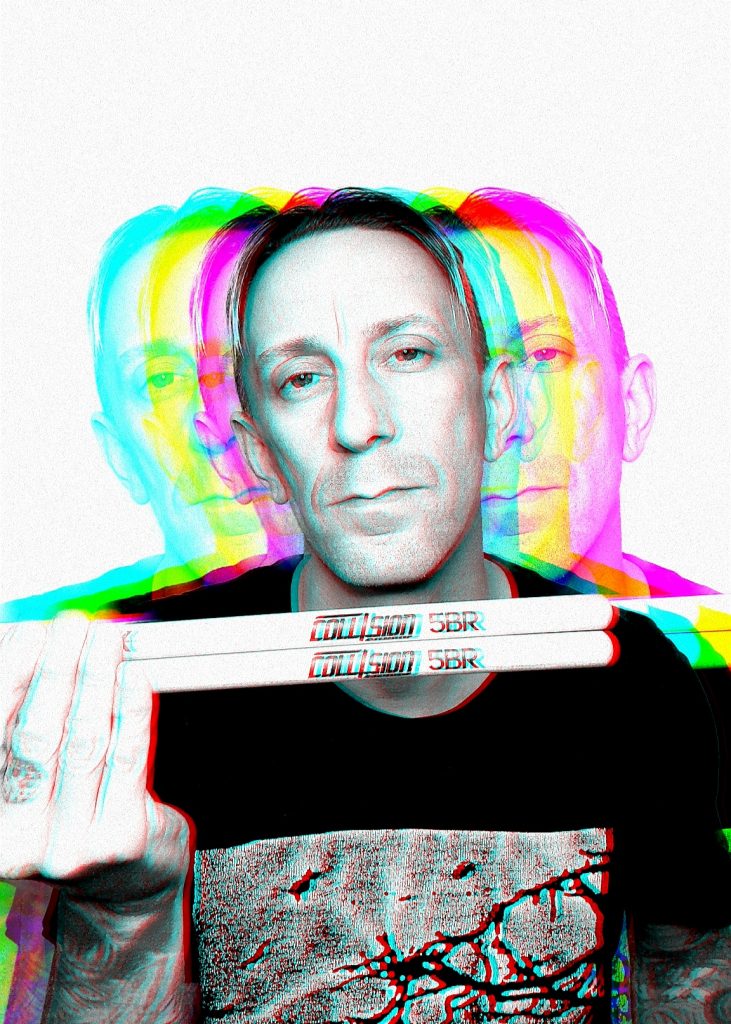