Justin Curtis White, III (aka JWhite) is an acoustics drummer since the age of 13. He endorses only the products he likes and uses; namely SJC. JWhite has endorsed this drum company for years now and loves their custom-made kits.
JWhite resides in Westchester’s Cortlandt Manor. He is a 24-year old college graduate from Mercy College in Dobbs Ferry, Westchester County. He majored in Music Technology and Industry and has a Bachelor’s of Science degree in Audio Engineering. JWhite is a member of the Audio Engineering Society (AES).
JWhite was in a heavy metal band (Sabretooth) for 3 years and toured the northeast coast during the summer of 2018. His band was signed with Manifest Records and established a substantial following, as a result.
JWhite is very popular on social media and is proud that one of his video covers attracted >10,000,000 viewers and counting. He just signed a contract with The Republic of China’s Bilibili social media platform and is hoping to join more of their networks in the near future.
JWhite has quite an impressive Instagram following (@jwhitee21) and is excited to drop his latest drum cover video real soon!
“Press quotes & testimonials”
“Breaking into a New Groove: Drummer JWhite incorporates heavy metal drumming into hip hop songs-and people are listening.” This was a quote from Jason Emerson from Making Music Magazine where I was featured May of 2020.

I play 5BR Collision Drum sticks and absolutely love them. My favorite thing about the Collision brand is how much they believe in their artists and how they also work together with their artists to make a difference in the community and in other drummer’s lives. I recommend Collision drum sticks because of the quality and uniqueness of the products. The 5BR’s give me the perfect weight and rebound along with a great finish that stops my hands from sweating as much as usual. 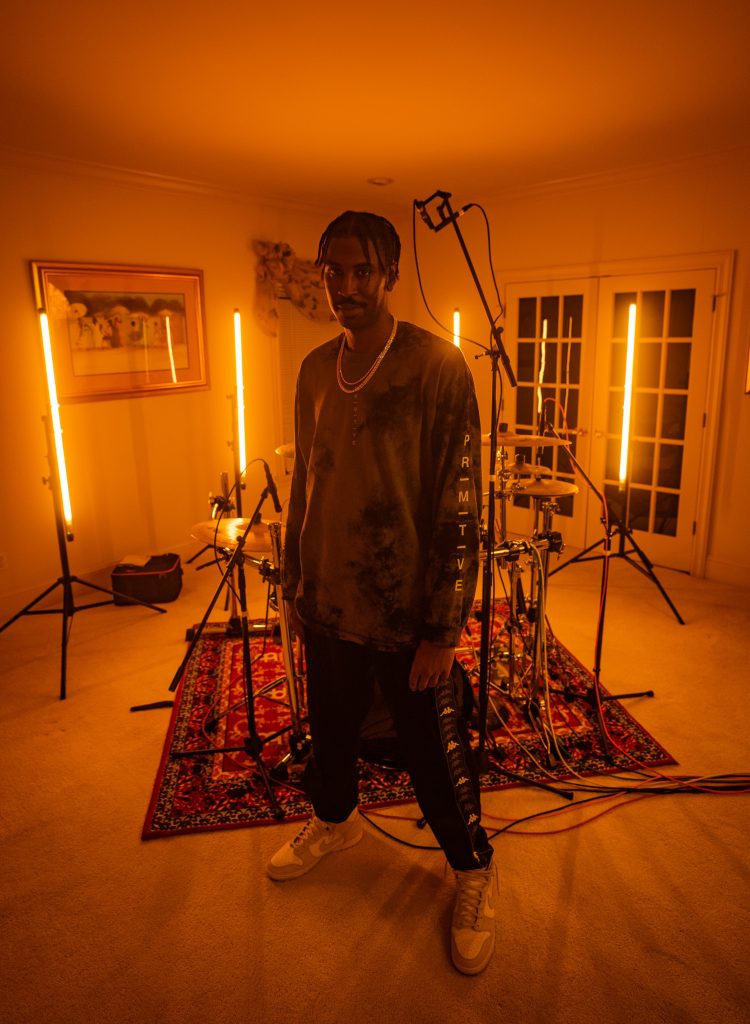