Born in Reno, Nevada, Goodin began playing drums at 12 years old and music has been a mainstay ever since. At first, Goodin began writing songs with friends as a teenager. Years later, he moved to the Emerald City in 2006 to pursue a career. Throughout the interim 15 years, Goodin has played and recorded professionally, toured and had a hand in just about every aspect of the business. Notable accompaniments include performing alongside legends like Naughty By Nature and members of Bone Thugs-n-Harmony, as well as most noteworthy Pacific Northwesterners.
Goodin has played just about every significant venue in Seattle, including the Showbox, Neumos, Crocodile, Nectar and the Tractor Tavern. He’s performed at coveted festivals like Bumbershoot, Doe Bay Fest and Reverb Music Fest. He’s recorded with Grammy-winner, Jack Endino, and his music has been featured in film and notable television series such as HBO’s Vice. He’s currently the man behind the drums for Seattle’s beloved 45th St Brass and former drummer for the Seattle based Hip Hop group Southside. As a Music Director for School of Rock, Goodin teaches music and works to showcase its variety. Goodin, who has played in numerous bands along his journey, aims to ensure that at least one thing always shines through in each of his efforts: that he cares. It shines through. Matt Endorses Soultone Cymbals & Collision Drumsticks.
Press quotes & testimonials
“Being a touring musician every so often you have to hire someone out of town that you’ve never met in person and hope they learn the songs well enough to play your first shows together. Showing up to Seattle and playing music with Matt was amazing. He was very professional and learned the songs better than I would have imagined. It’s not easy playing a festival as your first show together. We played Bumbershoot. He fit in like family and played amazing. Here are some photos from that weekend. I hope we play again together soon. Highly, highly recommend Matt Goodin for drums. You won’t be disappointed!”-Josh Desure
“I recently had the pleasure of working with Matt on the Seattle leg of Misfit Cabaret’s ASYLUM tour and he was absolutely phenomenal. He was extremely professional, and within one short rehearsal he had all of the material down. He took the pressure off me having to worry about the musicality of the show, and both me and MD Brendan really enjoyed working with him. He also has a great personality, is fun to be around, and rolls with the punches, which is great when you’re doing live theater. It’s a great comfort knowing that my show can call on him again when we’re in need of a fantastic drummer.”-Kat Robichaud, Kat Robichaud’s Misfit Cabaret
“Matt is a legit pro. He’s always my first call when I need a sub because I know he’ll show up prepared and deliver the goods.”— Troy Lund

I play the 5A and my favorite thing about Collision is the way they feel in the hand. They have a great weight and balance and they’re very versatile as well. I highly recommend checking out this brand because they’re built quality and functionality in mind. 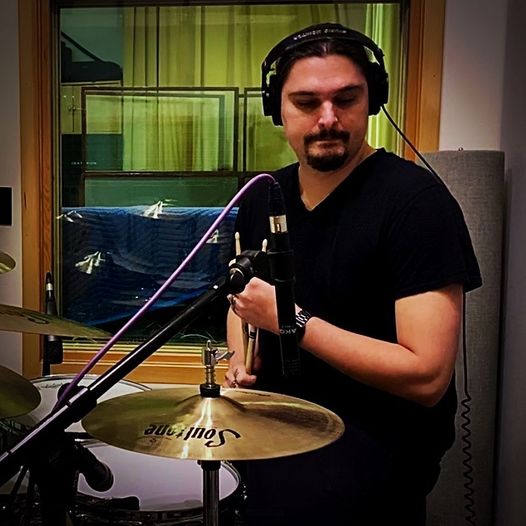